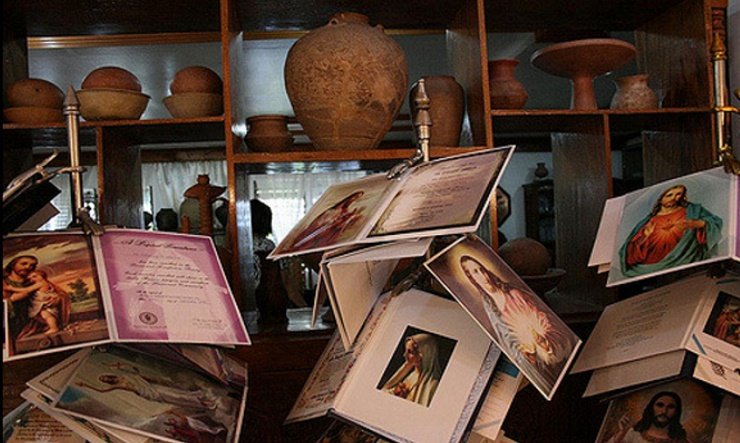 Two different people forwarded me your online essay about your struggles with the faith. I like it very much. It is honest, it is forthright, and it asks tough questions that need to be asked.

It reveals you to be that rare thing: An honest person.

As you put it: “I find Catholicism beautiful and logically consistent with itself and with the world around me,” but, “My connection with my faith is totally intellectual; there isn’t much emotional there. When I pray, I don’t feel anything.”

You ask, desperately: “How come nobody can admit Catholicism is hard? I reached the point of despair and an emotional breakdown because I thought I was alone in my imperfection. … Am I the only one who struggles, really? Am I the only one who thinks praise and worship music is actually bad and uninspiring, and doesn’t go to Mass for fun? Can we just please own it?”

I think I understand what you are saying, because I think I see my own experience in it.

I, too, have an intellectual certitude about Catholicism and a heart that doesn’t … quite … light up like a neon Jesus fish sign.

But I long ago stopped thinking “Being Catholic sucks.” So allow me to explain how I did it.

First, I stopped focusing on the fist-pumping faithful and started looking at head-bowing faith-challenged.

I have nothing against the fist-pumping faithful. I am actually jealous of them. They are the ones we see at World Youth Day. The Gospel depicts them more than once. Jesus celebrates when they say “Lord, even the demons are subject to us!” and he forcefully defends their enthusiasm to the Pharisees.

But they aren’t the only ones Jesus listens to. He also listens to people like you and me.

I like the exorcism story in Mark where Jesus totally loses his cool because he is so disgusted by believers who lack faith.

The disciples are failing, miserably, to help a possessed boy. Jesus says: “O faithless generation, how long will I be with you? How long will I endure you? Bring him to me.”

Ouch. If it bothers you that people seem to think of Jesus as a magical imaginary friend, then read that. He is real. We get irritated by boring Masses or boring prayers; he gets irritated by our boring, pointless lack of faith. And it doesn’t end there.

The boy’s father tells Jesus, “If you can do anything, have compassion on us and help us.”

“‘If you can!’” repeats Jesus, angrier still. “Everything is possible to one who has faith,” he rebukes.

Then the boy’s father utters one of my favorite prayers. I highly recommend it for you: “Lord, I believe. Help my unbelief.”

I pray it often; and when I do I am conscious that this puts me in the camp of the faithless ones who tremble before demons, not the faithful ones who make the demons tremble. I am fine with that because you know what? Jesus answers that dad’s prayer just as much as theirs.

And this isn’t the only prayer I borrow from the Gospels’ faith-challenged followers. I also pray, “Jesus, save us or we perish,” when it seems like he’s blowing me off. I even add, “Teacher, don’t you care that we’re going to drown?”

I also use the prayer Jesus personally recommended to we who are not as religious as those other folks: “Lord, have mercy on me, a sinner.”

Second, I demand that he quit walking past me, stop and turn around.

This brings me to my favorite Gospel passage: The woman who suffered from a hemorrhage. I especially love Mark’s version.

Jesus is marching off to a very important appointment: He is going to A) raise a girl from the dead B) do it for Jairus, an important official and C) do it in front of a crowd.

He is rushing to a fist-pumper’s house to do something that will change his whole public persona. But a faith-challenged person like you and me interrupts him.

At first, the woman can’t even pray to Jesus; she can only mutter to herself: “If I can just touch his garments, I can get well.”

Her faith is intellectual. She “had endured much at the hands of many physicians, and had spent all that she had and was not helped at all, but rather had grown worse.” She has tried the world’s ways and found them wanting; she is ready to believe, if only by process of elimination.

Jesus doesn’t give her any good feelings or special attention. He doesn’t look at her, beckon her or fist-bump her. He just passes her by. He is a retreating figure in a crowd: A crowd of other people, other priorities, other interests.

But her intellectual faith is real. She lunges at him, and refuses to let him walk away from her. He stops. He turns. It works. She discovers that he is real, and that her contact with him — her intentional, insistent contact — is real. He stops and sees her — and encounters her and changes her.

Which brings me to a third strategy: Not accepting an unreal conversation.

You say in your post that you have heard the advice from friends “Act like Jesus is your best friend. How would you talk to your best friend?” and that your problem is “I can actually see my best friend and they can talk to me. I’m not just shouting into a void.”

Good instinct. Performing a soliloquy to an imaginary best friend is not prayer. It is self-delusion.

You’re an English major. Did you ever read — or watch — Our Town by Thornton Wilder?

Do you remember after Emily died, how, against all the advice of her fellow dead, she wanted to go back in time to relive one happy moment? She chooses a childhood birthday morning that she remembered as one of the happiest moments of her life.

When she relives it, she is horrified. It turns out her parents barely paid attention to her. The happiness of that memory was all supplied by her excitement that day. She was preoccupied with her birthday; they weren’t. She sensed a deep connection with them; but witnessing it now she saw only self-occupied consciousnesses ricocheting in a void.

“Oh, Mama, just look at me one minute as though you really saw me!” she pleads from eternity. “I can’t go on. It goes too fast. We don’t have time to look at one another. I didn’t realize.”

That is what communication with human beings is like. The truth can be supplied from literature, psychology, brain science, whatever you will: That heart-to-heart communication you love so well with your friends? It is really the brief intersection of two bundles of memory, preoccupation and distraction becoming barely aware of the thin outer layer of the other person’s being momentarily.

But not with Jesus.

Only someone who is omniscient can see you and take you as a whole and communicate with you as you really are. And only an omnipotent person can speak to your distracted soul in its deepest places.

This is what Jesus does. Don’t believe me? Try it. Wait — don’t just try it: Insist on it. Lunge at him.

Tell Jesus “Don’t you dare pass me by! I don’t care what you have to do that’s so important. You promised me a relationship. Here I am.”

Or, if that doesn’t work, use those Gospel prayers that you know he answers. Tell him:

“Even the dogs eat the crumbs from their master’s table!”

Cry out, “Save us or we perish! Don’t you care that we are drowning?”

Tell him: “I believe. Help my unbelief.”

Trust me. He will answer. And it will take a lifetime to hear him out.