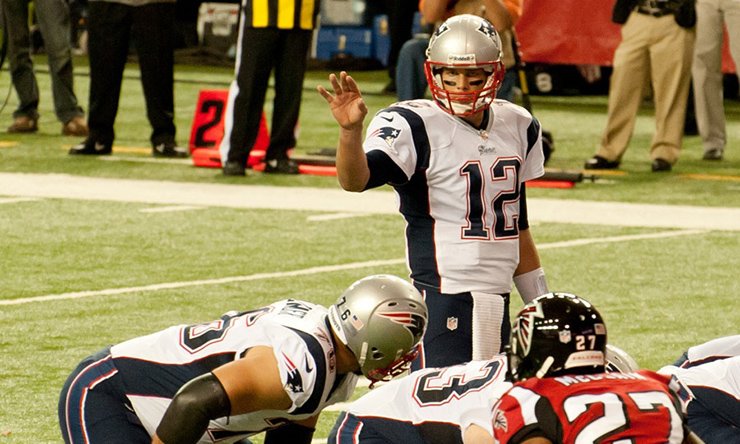 Ever since last Sunday, I have been geeking out a little bit about football.

You see, I am a New England Patriots fan and was bowled over by that come-from-behind, once-in-a-lifetime game.

Before you get mad at me, let me explain. I always liked football, but growing up in pre-Cardinals Arizona, never really picked a favorite team. When the oldest of my five sons was a small child in Connecticut, he chose to stick with the Patriots. I chose to stick with my son. The rest is history.

Literally. What followed was a historically unique 15 years between Tom Brady’s first Super Bowl win and his fifth.

But since there are lots of fair criticisms of the Patriots, I have learned to, well, spiritualize my sons’ fandom a little. Here are five spiritual lessons I want my sons to learn from Super Bowl LI.

The Atlanta Falcons learned this one the hard way — and it’s usually hard when we learn it, too.

They were ahead by 25 points at one point. In football, if you don’t know, that’s an unstoppable lead. It’s like being a lap ahead in a footrace. It’s like being, well, it’s like being so on top of your spiritual game that you are praying well, witnessing to your faith, setting up volunteer time and not even thinking about that old temptation that used to haunt you.

When that happens, beware. The devil, like Tom Brady, is waiting for that precise moment to pounce.

Second: Never give up on your spiritual life.

After he pounces, though, it is easy to go to the opposite extreme of discouragement. Think of it from the Patriots’ point of view. They were getting clobbered. They were a lap behind in a footrace. They were the guy  whose prayer-life is empty or nonexistent, is embarrassed by his faith, and so hopelessly attached to his sin that he can’t imagine life without it.

What to do? Here’s the 4-step process Tom Brady followed, which my sons and I worked out:

Start by getting a touchdown with no extra point. That is, do a full examination of conscience. It’s a great start, but it’s incomplete.

Then, get a touchdown with a two-point conversion. That is, give an honest confession to a priest, which is more than just “complete,” it’s “complete-plus” because it’s a sacrament.

Next, get another touchdown with another two-point conversion. That’s sacramental absolution.

Last, you’re not done yet. You still need one more touchdown with no extra point: You have to do your penance.

Third, never turn against your own.

It would have been easy to start the blame game. But they didn’t. They patted each other on the back and said, “It’s all right. Let’s go.”

This is what we Hoopes guys have decided to do more of. Offer help, not blame.

Fourth, when it’s hard, do it for your mom.

All year, we’ve been told that Tom Brady was going to play hard this season because of his feud with the NFL commissioner who suspended him. But that isn’t what happened at the Super Bowl.

You see, Tom Brady’s mom has been in a fight with cancer this season and unable to attend any of his games. But she made it to this one. And during the Super Bowl, one after the other, Brady’s teammates (and his boss) said, “Let’s win this for your mom.”

They played for his mom, and won.

It works the same for us. Work from negative motivation and your interest will flag and then disappear. Work as a sacrifice for others, and grace lines up on your side.

The fifth lesson? The spiritual life doesn’t require anything fancy. Follow the Patriots’ coach’s constant advice and just do the basics: “Do your job!”

Our Lady of Victory … pray for us!