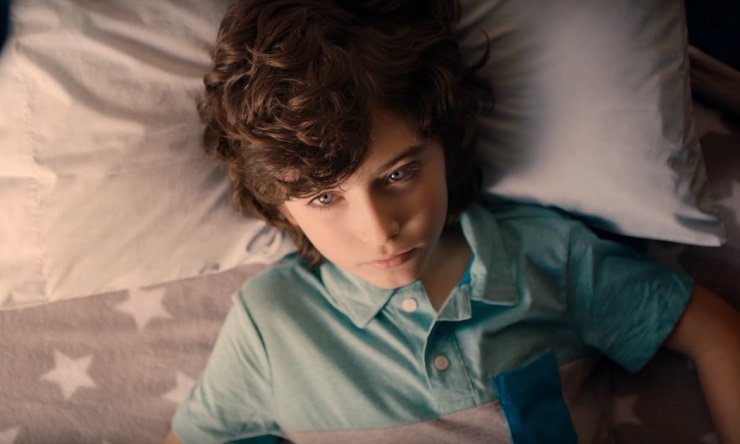 On Saturday morning I stood in front of over 300 high school seniors and their parents who were competing for Benedictine College’s Presidential Scholarship.  I told them that most colleges, even most Catholic ones, want to help makes their dreams come true, and that those dreams are crystallized in the question: “What do you want to be when you grow up?”

The idea is that you can be anything, and that it is a matter of exerting your will, with a little help from school, to get you there. I told them that if that is what they want, our school can’t help them.

The reason why is because a Catholic school should be trying to answer a different question, which implies a radically different idea of who the human person is. The right question should be “Who did God create you to be?”  It’s not a question of exerting your will, but of discovering God’s. This is not God imposing his plan on us, but of discovering that our truth, our happiness, our identity, is found in God and his plan for us.

Tom Hoopes has explored the topic of human desire and the Superbowl Ads. He didn’t mention the one ad that perhaps most clearly and perniciously articulated the erroneous view of man that lurks beneath the dissatisfactions of modernity, Alfa Romeo’s ad about Riding Dragons.  It invites us to consider, and I hope reconsider, what we were taught about being human.

“When we were young, we wanted to be epic. We rode on the backs of dragons and dreamt of flying cars.”

Aside from the fact that “epic” was a noun and not an adjective when I grew up, I agree that we aspire to great things, and fairy tales can expand our capacities to dream, which is why they are vital.

“We were taught that power was nothing more than being the strongest guy in the room.”

Yes, our first experience of power is based on the physical, the material. We were told to eat vegetables to become big and strong like our father.

“But brute strength was not enough.” As we grow up, our understanding of power is nuanced. There are other types of strength. So far this ad is looking good.

“We had to learn grace.”  The accompanying visual is a ballet class, so here grace is not supernatural, but the finesse involved in elegance and controlled movement. Still, an improvement on brute strength.

Here is where the problem starts. Saying “Being true to who you are” doesn’t stipulate where the truth comes from. If the source of the truth is ourselves, how can this even be difficult, since our freedom would have the latitude to redefine ourselves at any moment as what we currently are? Modernity seems to say that everything out there is trying to define you: religion, politics, your parents, the “man”…. And freedom is only authentic when exercised in opposition. Modern man lives as a perpetual rebel, a constant victim of forces trying to mold him against his will.

“…that balance isn’t found, – it’s created,- “  Here the ad delves further into a relativist mindset. Balance is created by us; we define it.  Which, I would argue, doesn’t seem to work for seesaws, cholesterol counts, or any equilibria that have anything to do with the natural order.  Those things have been discovered, and we can create any standards we wish, but if they don’t conform to those discoveries, we do so at our own peril.

“…and the ability to reinvent ourselves is the most human trait of all.”

Ah, there it is: postmodernity in a sound bite. What most defines me is the fact that only I define me.  What is most human, what most defines us, is constant re-invention.  These lines echo the (in)famous words of Justice Anthony Kennedy in the landmark Planned Parenthood vs Casey decision: “”At the heart of liberty is the right to define one’s own concept of existence, of meaning, of the universe, and of the mystery of human life.”

“All this, to grow fearless.”  Fearless in this sense is an understanding of courageousness as self-assertion. Brook no standards but your own.  You define you. Nothing else matters, right?

“So that, when we got the chance, we could deliver that flying car, and once again ride on the backs of dragons.”

Well, I agree with Alfa Romeo that they have delivered an excellent vehicle. But they have not done so by reinventing the laws of physics, mechanics, design or even marketing.  What they have done, however, is proliferate a fairytale about who the human person is and where we can find fulfillment.

Humankind is not the ”be all and the end all.” The phrase comes from the same playwright that gave is Romeo, and it didn’t work out well for Macbeth, because his act of murder was an attempt to redefine his future by self-assertion of his will, and it was a surrender to a demonic temptation. The dragon only lets you ride its back before it devours you.

Too many have fallen for the Alfa Romeo promise of absolute freedom. It leads nowhere but frustration.

I told those high school seniors to shun the false Alfa and Romeo promise and take the Alpha and the Omega, the real be-all and end-all, at his Word. For only the truth can set us free.