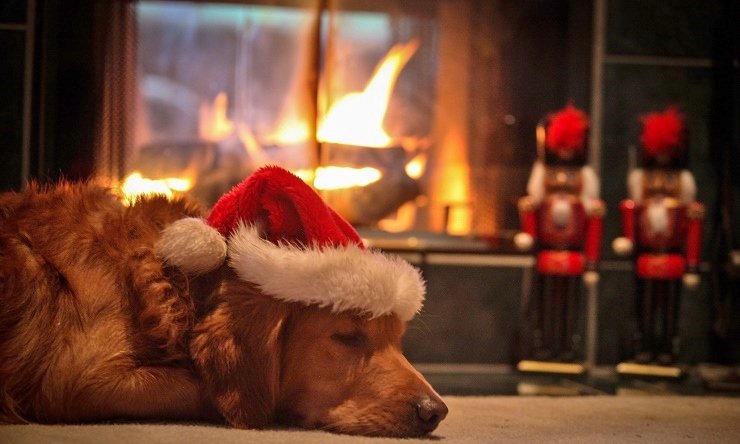 I asked Benedictine College’s director of residence life, Sean Mulcahy, how he helps students cope with the stress of finals week at this time of year. “We tried something different this year,” he said. “We encouraged students to schedule some time to be bored.”

He told me about recent research recently on the benefits of boredom and, nearly as compelling for him, how G.K. Chesterton had said the same thing.

I looked into it and Sean, Chesterton and “science” are right: The human race is in desperate need of boredom. Here is some of what boredom does for us.

Boredom sharpens our mind’s eye to the fine details of life.

Two international conferences this year focused on the need for boredom. First was the Boredom Conference in Poland and next was “The Boring Conference” in Great Britain — “a one-day celebration of the mundane, the ordinary, the obvious and the overlooked; subjects often considered trivial and pointless, but when examined more closely reveal themselves to be deeply fascinating.”

This “celebration of the mundane” is exactly what Chesterton did. “I can recall in my childhood the continuous excitement of long days in which nothing happened; and an indescribable sense of fullness in large and empty rooms,” he wrote, in Orthodoxy. “I still feel a very strong and positive pleasure in being stranded in queer quiet places, in neglected corners where nothing happens and anything may happen; in unfashionable hotels, in empty waiting-rooms, or in watering-places out of the season.”

The magic of boredom happens when we see the whole world as a mysterious place of adventure. But we prevent the magic if we fill all our bored moments with distractions — Candy Crush or pop music or Instagram posts.

Beneficial boredom is different from apathy, “acedia” or ennui.

Which brings us to an important distinction.

The good kind of boredom happens when a lively mind enjoys “down time.” It’s the feeling we get looking at the clouds, or watching the fire in the fireplace, or noticing that a stain in the ceiling kind of looks like the Holy Spirit.

The bad kind of boredom is what is called “the Noonday Devil” — the spiritual emptiness and aggravation we feel when we get sick of life and its disappointments and irritated by our highest aspirations.

The Noonday Devil stalks people who fear boredom. As Msgr. Charles Pope put it: “Always remember, the devil is a liar,” he wrote. “Life cannot be and should not be thrilling at every moment, or lived at a 1000 miles an hour. Such a pace and intensity cannot be maintained. Slow, steady and organic growth is ultimately what is best for the human person.”

Allowing ourselves to be bored lets us shape our own personal identity.

In his book Strangers to the City, Michael Casey says that St. Benedict’s Rule presciently struck a blow against the boredom-hating culture of continual distraction.

The Rule warns against monks who are “carnal gyrovagues.” “Only their bodies are enclosed within the walls of the monastery,” said Bernard of Clairvaux. “Their hearts and their tongues circulate throughout the whole world.”

They flee the cell where they have to be alone with themselves and God, and fill their minds with distractions. If that was a problem in Benedict’s 6th century and Bernard’s 12th century, it is even worse in the 21st century.

Today powerful forces — forces that want our money — bring the whole world to us, through the phones at our fingertips, telling us who we are, what we are for, and how we should behave.

The only way to reclaim our identity is to shut them out. To own our own minds, we have to be brave enough to lock the forces of consumerism out of our cell and dare to be bored.

Boredom, fully lived, allows us to grow as Christians.

Finally, boredom is necessary for a full spiritual life. This is easy to see at Christmas. Drifting into a silent reverie with nothing to do in a room filled with a crèche, a Christmas tree and mantel decorations becomes very much an act of contemplation in the presence of God’s mystery.

But we can sense that presence at any time. Whitaker Chambers, in his biography, Witness, describes how staring at his daughter’s ear brought him to belief in God. Jesuit poet Gerard Manley Hopkins’ perceptive mind saw divine drama in everything from trout to ploughs because, from caged birds to kingfishers, everything is “charged with the grandeur of God.”

God’s presence is everywhere — blessed are the bored, for only they have the chance to see him.