Catholic Journalism Tells the Real Story of Our Time 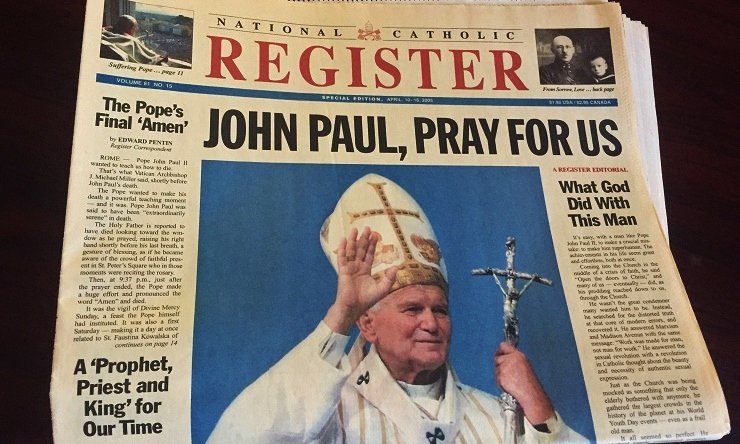 I talked the ear off of the poor reporter doing the 90th anniversary story at the National Catholic Register, which I used to edit.

Who knew I had so much to say about Catholic journalism? I didn’t. But in the course of our conversation I made to him a claim I have made throughout my career.

Catholic journalists can sometimes feel like the overly pious step-brother of “real” journalists. After all, the reporters at The Washington Post or The New York Times break big stories, makes powerful people shake in their boots and change the national conversation. The Catholic press rarely, if ever, does any of those things.

But I can tell you from my own career what Catholic journalism uniquely does: We tell the deepest, truest story of our times — the only story that will last.

I began reporting for the National Catholic Register in college in 1989, so I’m coming up on 30 years in Catholic journalism. In that time span, I have helped report stories that would never have been told without us.

In 1990, I spent two days interviewing Father Simon Jubani, the Albanian political prisoner who, after he was finally released from prison, was responsible for bringing down one of the world’s most wicked totalitarian regimes. He did it by saying Mass in an open field.

At first, he attracted small crowds. Then the crowds grew larger, despite the presence of Communist Party gunmen.  Police regularly detained and beat up Father Jubani. He would return, bruised, to say Mass again. Finally, he was dragged to jail. When the people surrounded the jailhouse demanding his release, the Communists knew they were beat.

This is the story of a hero of the faith breaking down the gates of hell through the power of the Church. It is a story that will be told a hundred years from now and that will echo in heaven for eternity. But it was hard to find anywhere outside Catholic journalism.

In 1999, I was a new editor at the National Catholic Register when two suburban Denver kids attacked their fellow Columbine High students.

Bigger news organizations than us uncovered the dark layers of that story. But we featured the hope: the remarkable good that God brought out of evil there.

“Faith and Heroism Transform Tragedy” said the Register’s lead headline. “Teens ‘Are Running to Our Churches,’” said another.

We told the story of Valeen Schnurr, the student who told one of the killers why she believed in God, and we interviewed Jim Beckman, who said, “We as a Church have got to stand up right now and say there is an answer; there is a hope you can cling to; there is a hope that gives us a reason to go on. Even in the midst of this terrible tragedy, Jesus Christ can give us the reason to carry on.”

Columbine prepared us for worse to follow. In 2001, when hijacked airplanes crashed in to the Twin Towers, the Pentagon, and a field in Pennsylvania, we knew what stories to look for.

We reported on the priests who gave general absolution to firefighters heading into the doomed buildings, heard confessions in the cloud of ash, and stayed up all night blessing human remains at Ground Zero.

“Don’t be at a loss for words,” said our editorial. “Now is not the time to admonish America’s sins, but to encourage her virtues. … They are looking for something that will give them hope. Christ alone can. Introduce him to them.”

The secular news does the necessary work of covering the human events that make up the story of our times. But Catholic journalism tells the real story of history: The story of God’s grace unfolding in human events.

It also makes ordinary people realize how powerful they are, with the ability to change souls not just in our times, but for eternity.