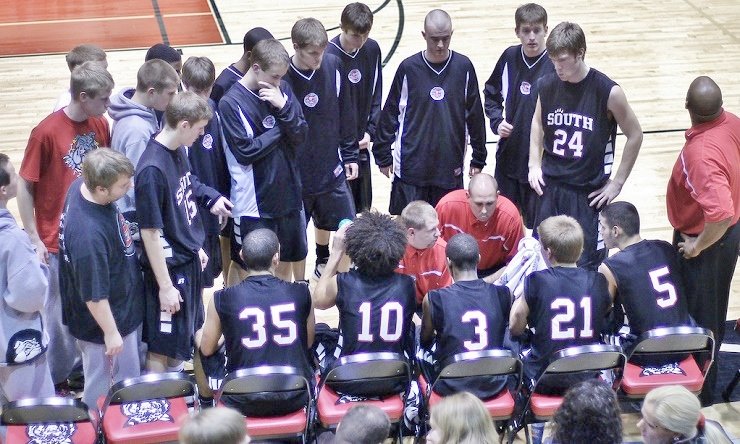 High School referees and coaches are in short supply, thanks to parents who are out of control.

The president of our daughter’s high school, calls parents into an assembly every year to discuss an awkward subject: bad behavior.

The president is Phil Baniewicz, a co-founder of Life Teen, is also the school’s baseball coach and the father of teens, so he knows what he’s talking about. He has worked with Notre Dame’s high school program Play Like a Champion for years. He shared some behavior rules for parents.

Baniewicz pointed out that Kansas is facing a referee shortage. A quick Google search shows that we are not alone:

Why? “How would you like to go to your job every day and a crowd constantly follows you and screams how terrible you are every time you make a decision?” Baniewicz asked. “I don’t think many of us could last very long.”

Research shows that the behavior isn’t any better at Catholic campuses, he said. It’s often worse.

Baniewicz suggested spending some time at a game watching the parents instead of the field. It’s eye-opening and embarrassing to watch parents viciously attack people who are only trying to facilitate their children’s fun.

“I have learned as a coach and administrator to take care of the officials, get to know them, and go out of your way to do something nice for them,” he said. “They don’t mind if I ask for clarification on a call or disagree with their decision.”

Alabama media polled coaches in the state and found that the pressure high school coaches are under from parents is immense:

They get pressured about kids’ playing time, and also about their basic competency. Parents are very willing to tell the coaches that they know how to do the coach’s job better than the coach.

Coaches, for their part, offered some critiques of how parents are doing their job:

But one stat from the survey should help quiet parents: Only 1 in 5 coaches said they ever made a change suggested by a parent.

As with refs, Baniewicz said, Christian love is always a better way.

“When a parent says an encouraging word, or offers to help a coach — expecting no favors in return — it is a positive shot in the arm,” he said. “Many of us who coach in Catholic schools are truly coaching because we love the sport and want to help students grow closer to the Lord.”

The Message Kids Get

Parents’ rabid fan behavior sends a clear message to kids: Sports is the most important thing in life.

Think about it. They never hear us care so much about something that we shout in public — except in stadiums. And we are rarely as passionately protective of their other gifts as we are of their athletic ability.

“Sports were meant to be what we do … to form family, to form fraternity, to form friendship, to have leisure on the Lord’s Day. And what has happened? We put sports above all things. Our stadiums have become the new cathedrals,” he told Sports Leader.

“Realize that sports are just part of the equation of who your child is,” he said.

The people we need to evangelize are watching us, he said. “I hope that by the way our coaches, players, and parents act they can see Christ shining through us.”