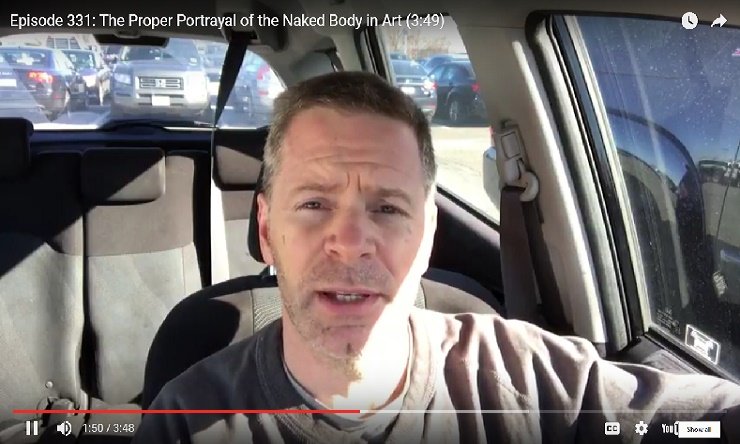 Christopher West visited Benedictine College March 2 to discuss “Sex, Gender and Jesus.” But what he found went beyond his typical message about the problems with gender ideology and the culture of promiscuity.

It all began when West met with student life leaders on campus who shared with him what they are doing to promote a positive and effective approach to chastity in residence halls.

“They are doing a lot of work to implement the theology of the body on campus,” said West.

At a Thursday night lecture in the Abbey Guest House, West said our biological sex is no accident.

“We have a faith that tells us the body reveals ultimate meaning,” he said. In an interview with students he spelled out his message further.

Secularized westerners have embraced a major error, he said: “The total separation of the person from the body.”

“There’s a name for the separation of body and soul. It’s called death,” he said. “Theology of the Body restores us to life by re-uniting body and soul.”

“These truths are already in us, they’re stamped right in our humanity,” he added.

Two students who lead One Love, a chastity initiative at Benedictine College, conducted the interview.

Gregorian Fellow Lauren Benzing (more from Lauren here) was one. She said: “Theology of the Body is basically the way of seeing the human person through a sacramental lens,” she said. “It means seeing human beings as a visible sign of an invisible reality. It is literally stamped on our bodies.”

The other was senior Katherine Dea. “For me, being created in the image and likeness of God did not make sense until studying Theology of the Body,” Dea said. “Now it is just so clear: He made us to be in the image of life-giving love.”

But it wasn’t West’s core message of “sex, gender and Jesus” that he shared in two videos with his YouTube subscribers after he left.

West shared lessons he gleaned from a visit to a senior art project on campus.

“I’m reminded of a really powerful experience I had at Benedictine College, something I’m really happy about regarding the college and its sense of the new evangelization and what’s needed,” he said in one.

He goes on to describe the work of senior Danielle Shanahan, whose senior art project “Unveiled” was recently featured in the McCarthy Art Gallery.

In a second video (below) he discusses with Shanahan the difference between being “naked without shame,” as Adam and Eve were, and “shamelessness.”

Philadelphia Archbishop Charles Chaput has been an early and vocal defender of West’s work. When he was Archbishop of Denver, Chaput said “Christopher West’s keen grasp of John Paul II’s Theology of the Body and his ability to make it accessible to others is changing lives, strengthening marriages, and renewing people’s faith in the Church across the country and internationally.”

He recently added: “I’ve known and respected Christopher for many years. He served with good effect on my staff in Denver early in my tenure there. He’s done a wonderful job translating John Paul II’s Theology of the Body into popular practice.”