Dr. Mirarchi and the Noonday Devil 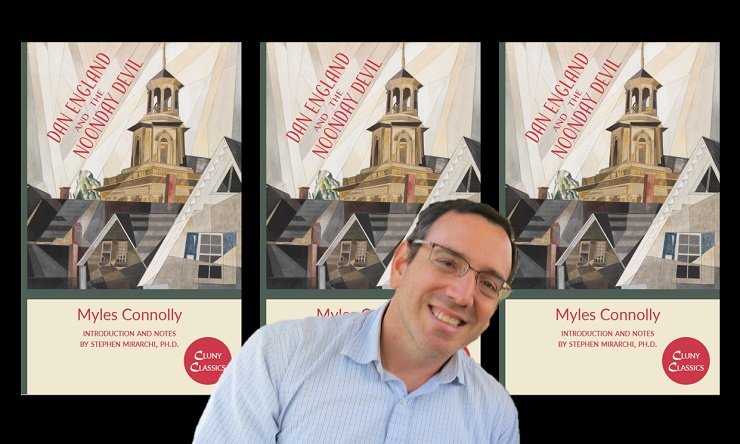 Benedictine College’s Dr. Stephen Mirarchi has been unearthing the novels of a lesser-known Catholic fiction writer from the 20th century: Myles Connolly.

“Connolly said in an interview that he was interested in writing novels only of religious experience. He succeeded hand over fist in Hollywood, producing and/or writing 40 films, so money wasn’t a problem,” said Mirarchi. “He was convinced that you could tell a good story and walk that Emmaus path at the same time without descending into allegory, though he never put it in exactly those words…”

“Why does anyone need Dan England in his life when there’s so much to read already?” she asked.

Read his answer, and the rest, here.

Citing Connolly’s daughter’s words about the heroism of fathers, she asked Mirarchi, “How do we retrieve the heroic vocation of fatherhood?”

“First, you have to tell people it’s a real thing and can actually be done. As Chesterton said, ‘Christianity has not been tried and found wanting; it has been found difficult and not tried.’ Fatherhood is tough! Some men are overly competitive or ambitious and get so wrapped up in their careers that their families, their domestic churches, get short shrift. Others have bought into an unhealthy timidity and don’t model genuine masculinity. The rector of Kenrick-Glennon Seminary, Father James Mason, has a wonderful article on this topic, ‘The Forgotten Vice in Seminary Formation,’ as does Bishop Olmsted with his exhortation Into the Breach. Anthony Esolen dedicates an entire chapter to it, ‘Restoring Manhood,’ in his Out of the Ashes.

“Second, you have to model what heroic fatherhood looks like. Connolly mentions people like Saint Thomas More, who more than obviously fit the bill. With Dan England, we get to journey along with him and the people he’s gathered to himself; we witness what that heroic journey of spiritual fatherhood is going to be like, including some of its most heartbreaking pitfalls.”