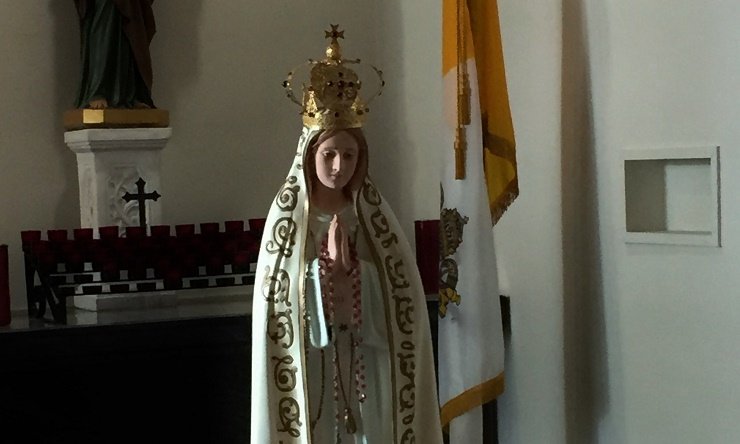 By Sept. 13, 1917, St. Francisco, St. Jacinta and their cousin Lucia could hardly get to the Cova da Iria, where Our Lady of Fatima, Portugal, appeared to them each month.

More than 25,000 people had come to see them that day. We have no idea what the crowd wanted to see — but we know what the three children were focused on: Penance.

They had only two months before seen the terrible vision of hell and were worried sick about sinners going to hell. They wanted to convert as many as they could through prayer and sacrifice.

They sometimes went without food, and they had begun to wear cords around their waists that caused them extra suffering which they could offer up to Our Lord.

Most of us, confronted by 7-, 8-, and 10-year-old children doing such a penance would say, “Relax. Take the cords off. Try something smaller.” That’s not what Our Lady said.

Mary appeared on schedule to the three children in the midst of their rosary.

Lucia asked her, as she always did, “What do you want of me?”

Among other things, the penance of the cords came up. Our Lady said: “God is pleased with your sacrifices, but he does not want you to wear the cords to bed. Keep them on during the day.”

Yes, she moderated the penance a little. No, she didn’t counsel them to avoid it altogether. What should we make of that?

For one thing, it can teach us that Our Lady’s attitude toward penance is not the same as ours.

Bishop Robert Barron, while he was a priest, wrote a remarkable article for Our Sunday Visitor when the news came out that St. John Paul II sometimes practiced “the discipline” — striking his body with a whip.

Father Barron emphasized that the discipline was not the extreme that Hollywood movies have depicted.

“The instrument in question was usually a rope with a few small knots tied in it, and the actual physical pain involved was usually minimal,” he wrote, adding that the practice “was a staple of the asceticism of most of the mainstream religious orders up until the time of Vatican II.”

He didn’t recommend it, but he did defend it. I bring it up here to point out that when Our Lady has one idea of penance and we have another, it might be our view of penance that needs to change.

But I think it is unlikely that Our Lady wants our children to wear cords and fast for the sins of the world. That was something special for these specially chosen saints. Later in life, Sister Lucia dos Santos herself recommended small sacrifices, not extreme ones, for those who want to follow the message of Fatima.

“The fact that they are small in themselves does not make them any less pleasing to God,” she said. “By means of them, we prove the delicacy of our fidelity and our love for God and for our neighbor.”

She said the best sacrifices included fulfilling your state in life with special care, accepting disappointments without complaint, and ignoring slights.

Pope Benedict XVI wrote on the same subject in No. 40 of his encyclical Spe Salvi (On Christian Hope), asking Catholics to revive the practice of “offering things up.”

I give a number of practical suggestions for such sacrifices for children in my book the Fatima Family Handbook (Holy Heroes, 2017) and I have noticed my own children following the advice: Giving up dessert or doing an extra chore for sinners.

In the book, sacrificing for souls is the middle C in the Three Cs of Fatima: Console Jesus, Convert Sinners, Commit to Our Lady. This is the core message of Our Lady of Fatima — the message that changed the world then and can change it again.

You see all three Cs in the Sept. 13 apparition — and a promise for more to come.

“Continue the Rosary, my children. Say it every day that the war may end,” said our Lady. “In October Our Lord will come, as well as Our Lady of Sorrows and Our Lady of Mount Carmel. St. Joseph will appear with the Child Jesus to bless the world.”

More on that next month.