From Felt Banners to Snapchat, Benedictine Has Been Marching for Life for Decades 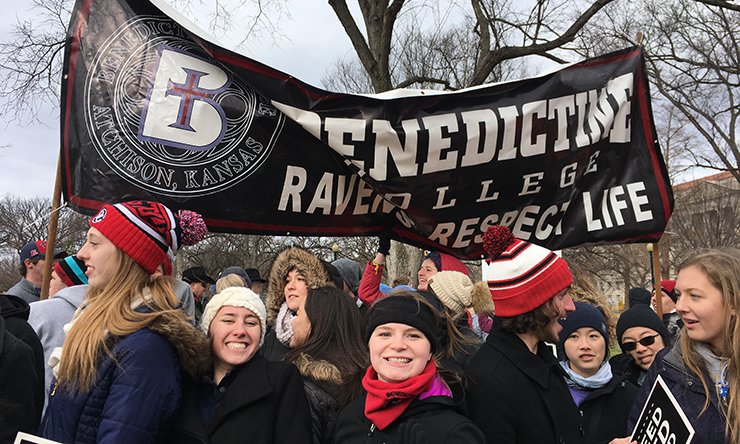 This year’s trip was a time to look back at the history of the college’s participation at the March and look to the future, with a heavy social media presence including a “Snapchat story” of the event.

The College and its Ravens Respect Life student organization were proud to lead the March in 2014 and this is now the 32nd year they will participate. Benedictine College is the largest group that travels the greatest distance every year for the annual March.

Laura Benzing, class of 2017, said the March for Life is one reason she transferred to Benedictine College. “I was marching next to this college that had a drum line. And I thought to myself ‘What college has so many people here that they also brought their drumline?’ So I asked around and people said ‘Oh, that’s Benedictine (College)!’”

Students created Stories on Benedictine’s Snapchat to share the event, showing fun on the bus, comparing D.C. steps to the Benedictine College Raven Walk and showing the students at prayer.

The New York Times featured one of Benedictine College’s Snapchat students in its online edition. “Kathleen Crank, 19, a sophomore at Benedictine College in Atchison, Kan., traveled on a five bus caravan of 260 students to come to the march,” the paper reported.

“It’s more a social justice issue for unborn babies than a religious one to push an agenda,” she told the Times.

Junior Kelly Schuck, another Benedictine student featured on Snapchat, was interviewed by the Cardinal Newman Society on Instagram. She said, “Being pro-life and pro-woman means you care about the dignity of every single human being, not just the unborn baby but the woman as well, who are so hurt by abortion.”

Technology was very different in the early days of Benedictine’s involvement in the March. Heidi Klingele Gerst, ’93, remembered the red felt banner the college used to carry. “We made that banner in my parent’s living room in 1990.”

The trip to the March first started the school’s Knights of Columbus chapter bringing a handful of students, but the numbers began to grow.  In 1989, students at Benedictine College formed the Ravens Respect Life organization, using the name of the Benedictine College mascot.

The students who led of Ravens Respect Life then are leaders in the Church today, including St. Benedict Abbey’s Abbot James Albers, ’94, St. Benedict Parish Pastor Father Jeremy Hepler, ’00, and Father Brendan Rolling, ’99, who served for many years as chaplain of Benedictine College. Bishop Andrew Cozzens,’91,  of Minnesota and Father Joseph Taphorn, ’93, who helps lead the Archdiocese of Omaha, were also Ravens Respect Life Leaders.

Raven alum Patti Peters said she was glad to see the torch passed. “Thank you for your next generation leadership,” she wrote on the college’s Facebook. “As a wise one once told me, ‘If we don’t have our right to life, do any of the other rights really matter?’”

Below, share in the journey with pictures of Benedictine College and March for Life 2017. 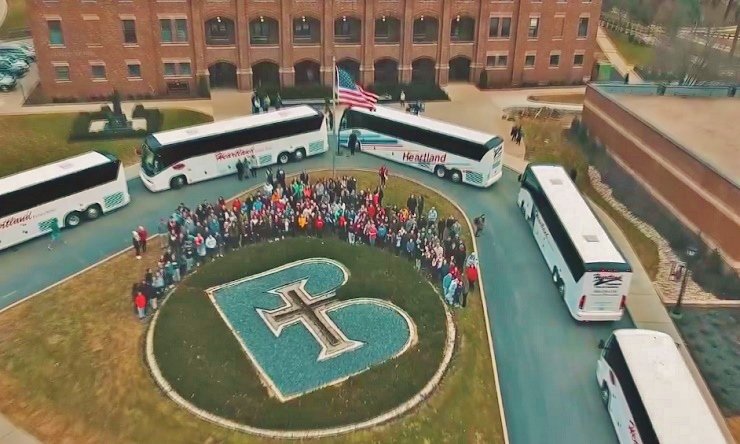 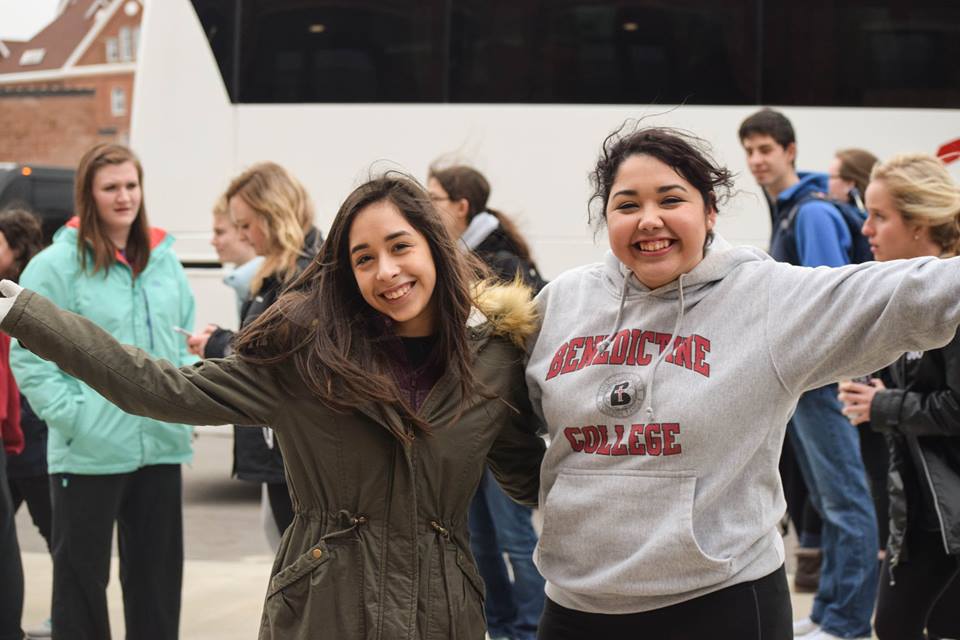 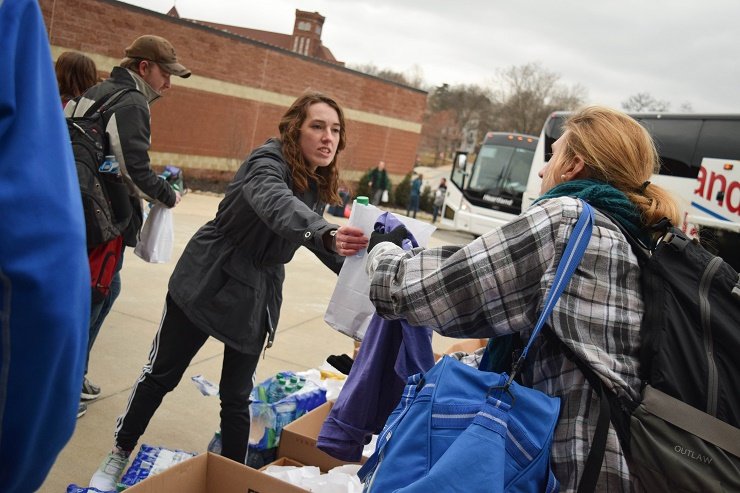 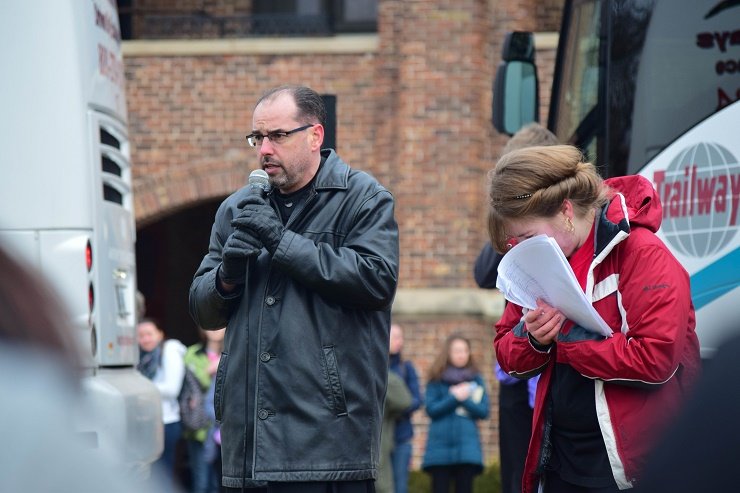 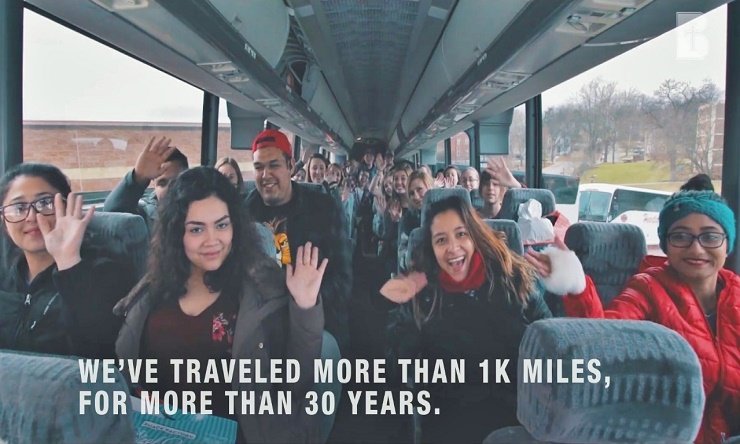 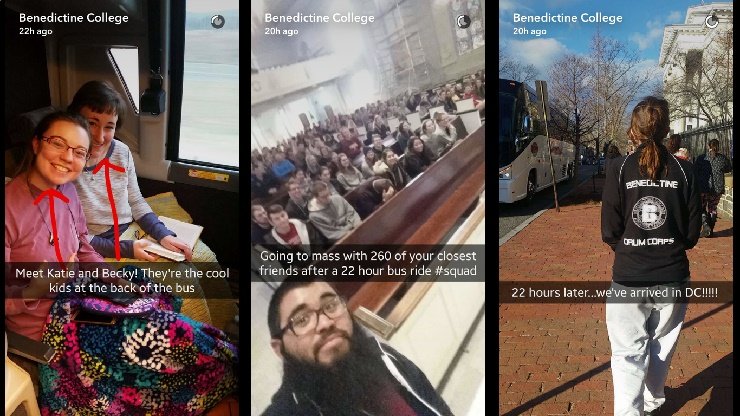 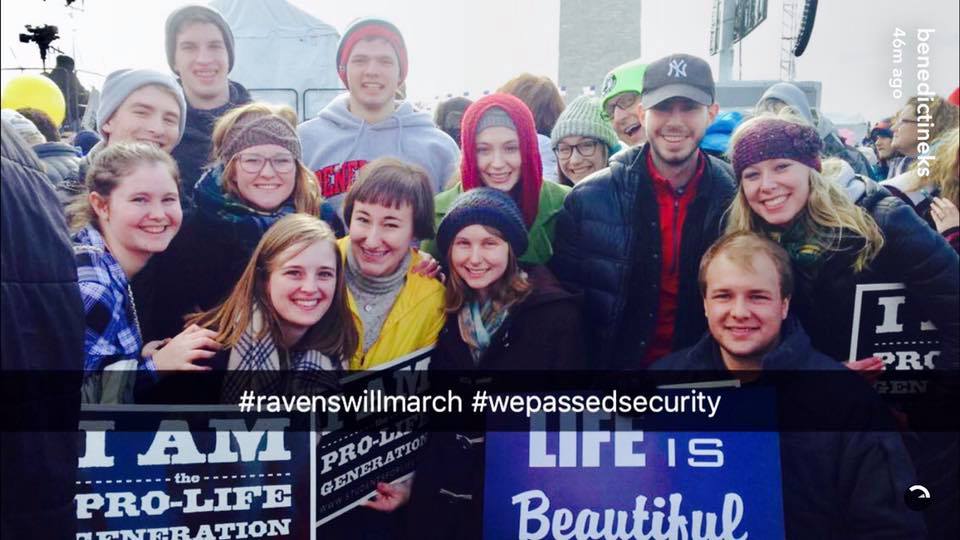 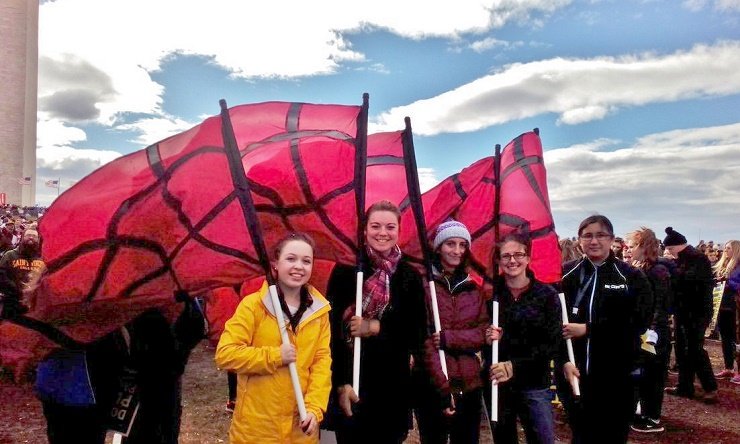