I Pray My Kids Get Caught 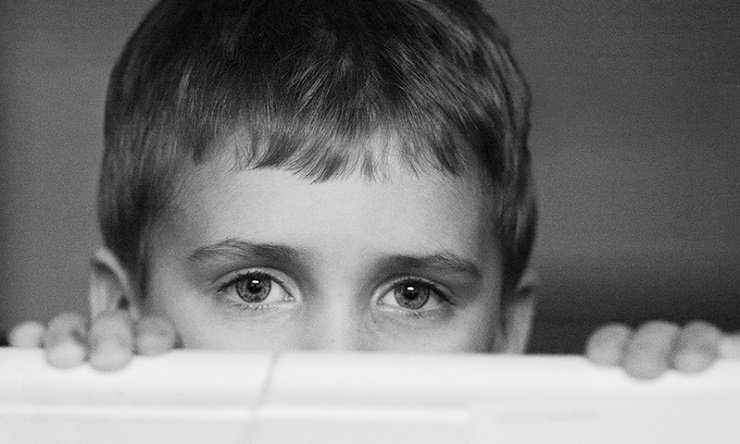 I pushed the button on the water fountain, just as I had every morning, and pushed it slightly to the side. When I took my hand away it kept running. I ran too.

Until a hand grabbed me. An adult hand.

I was in the fifth grade at Mesa Verde Elementary School in Tucson, Arizona. The teacher probably knew that my daily requests to use the bathroom during her class were more an issue of boredom than bladder control. But I was a good student, so I was given a wink and a go-ahead.

That’s when I became the Mystery Water Man in my mind.

To get to the bathroom, you had to pass the 6th-grade classroom, the one with a water fountain just below its window with a button that could stick. Each day, I turned on the water, then ran. Each day I pictured the whole 6th grade rushing to the window to see who turned it on. And each day, I pictured them looking at the empty space on the sidewalk and wondering “Who is the Mystery Water Man?”

In my heart of hearts, I knew that wasn’t true. I knew they didn’t care who was turning on the water. I knew it was all in my head.

Until I learned it wasn’t.

I remembered Mystery Water Man because my wife and I have started a new prayer: We have started praying that our children get caught.

My wife heard the suggestion at Bible Study from a mom who had learned it in Evangelical Christian circles. A quick internet search finds lots of examples of Protestant parents recommending the prayer — but none of Catholic parents.

But think of how great this prayer is. Think of the blessings of a child getting caught.

What if they got caught looking at something wrong on the internet before seeking it out became a habit? What if they got caught cheating, before their conscience got used to it? If your child is a bully, a teaser, or an instigator, wouldn’t you want to intervene before that reputation set in and became part of their self-conception?

Yes, you would, because, because getting caught wouldn’t just stop their behavior. It would stop the whole pattern of thoughts that come to the aid of sin.

When we sin and no dramatic repercussions befall us, we feel a little safer sinning again. This happens with the very young, but it happens with older kids too.

A friend of mine told me that he knew a girl in high school who had an abortion. She brought it up casually to him, breezing through the typical rationalizations about it.

“But … that’s … terrible,” he told her, almost without thinking. “I love you, but that’s a terrible thing to do!”

The girl burst into tears. “I know,” she said. “Everyone keeps telling me it was the right thing to do, but I know it wasn’t.”

She was caught — by the truth — and it freed her to grieve and repent. It also allowed her to find out that someone was on her side — not on the side of getting rid of her problem, but on the side of her.

Catching someone sinning does that — it reminds them that they aren’t alone.

One of our young children once was crying softly late at night. She refused to say why. A long discussion ensued. Finally — after much coaxing, and deliberately not coaxing, to get our minds off of it — it came out.

“No,” said her mother. “You can’t. That’s why God gave us to each other. To talk about these things.”

Knowing “I shouldn’t handle this on my own” can change the trajectory of a person’s whole life.

But what about the Mystery Water Man?

The hand that grabbed me was the 6th-grade teacher, and he pulled me into his classroom.

“Mystery solved!” he shouted, as the class gathered around. “I caught the Water Boy!”

My mystery was real … but it was humiliatingly awkward instead of awesome.

Yes, I was. In a small thing. Thank God.