Keep the Noonday Devil Out of Your Marriage 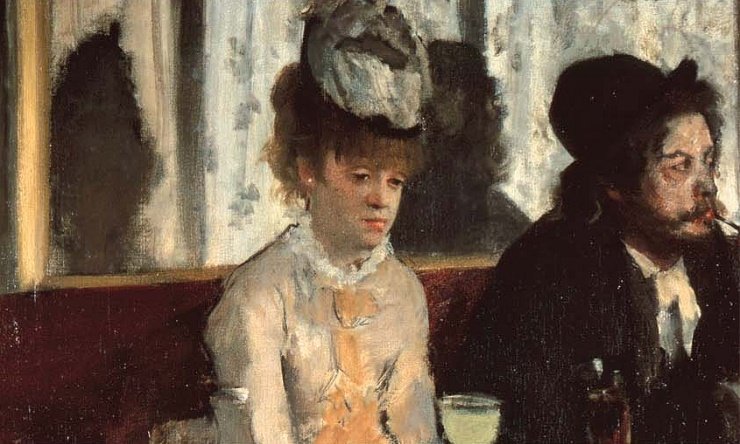 As newlyweds settle down and become seasoned couples, they might be tempted to let down their spiritual guards. But that’s exactly when one of the deadliest demons strikes.

The noonday devil, sometimes reduced to a “midlife crisis” or the infamous “seven-year itch,” is acedia, a complex beast that exhausts us with spiritual sloth. This laziness in the things of God tempts one into distracting activities. If indulged, those lesser goods can do great harm to a marriage.

So dangerous and forgotten in our times is acedia that Benedictine abbot Jean-Charles Nault published The Noonday Devil. In a particularly enlightening section, he identifies several ways acedia can infiltrate marriage, and how we can combat it.

Avoid even “harmless” forms of infidelity

Our hyper-sexual culture tends to think of infidelity only as giving in to lust. But infidelity happens any time we accept a distaste for giving ourselves fully to our spouses. That supposedly harmless joke about the ol’ ball and chain might be masking a “disgust with working” in the family. In worse cases, we might even refuse to contribute to certain family obligations. The disgust acedia induces “paralyzes action” in our domestic church.

To dispel this aversion, we must first acknowledge that “fidelity is a battle.” Second, we must recommit to the teaching that “true love is ever new.” Spouses “must learn, in their imitation of Christ, to realize their full potential in the radical gift of themselves [to each other].”

Say “no” to lesser goods “outside the family”

Outside duties or hobbies must not interfere with the duties of one’s marital state. “Secondary [relationships], work, sports” must take a back seat. Even very good things outside the immediate family must not disturb the marital bond. “Visiting the sick…better serving the living God,” and even work “in the parish community” must come second. In fact, very good activities “may be in reality a flight from the duties of [the marital] state and from everyday life at home.”

Thus, lesser goods can rapidly become an obstacle in the life of the family. We need to listen to St. Augustine: “Perfect charity consists in loving greater goods more, and lesser goods less.”

Instead of indulging lesser goods, we ought to practice the gift of forgiveness, “both given and received.” Yes, “forgiveness costs something.” In the end, though, it is “the source of peace and joy” as it shares in “the gratuitous action of Christ.”

Reject the allure of novelty

When an entire culture is hell-bent on progressivism, we must be careful not to fall for the traps of novelty. Prudence must be especially exercised when considering the newest gadget, the latest entertainment, and the like. Particularly, a couple must guard against the constant search for novelty in their sexual life. The beauty of encountering one’s spouse in intercourse must never become what the culture of objectification wants it to be, “a mere personal quest for maximum pleasure or for new sensations.”

Such dismantling of the spouses’ “welcoming” of each other would be a sin against chastity and “would soon be disappointing.” The false promise of novelty only opens the door to temptations of infidelity.

To counter this temptation, spouses ought “to return again and again to the Word of God,” where they find “each day the revelation of love that is ever new.” A disordered grasping for novelty is merely a temptation. Couples must not allow themselves to be led away from the daily joy “of welcoming one’s spouse anew.”

Always be open to children

How many times have we heard seemingly innocuous statements like, “We’re finished having children?” Such an utterance is contrary to the sacrament of marriage itself: “Only to the extent that the spouses are open to receiving a new life, the fruit of their love, is their union truly a marital union.”

Some couples might be open to life through means contrary to the sacramental union. They might find it acceptable, even profitable, “to implement and experience all that science is capable of achieving.” We see the catastrophic effects of such thinking “in the mad efforts of science to produce—or worse, to ‘manufacture’—new human beings in the laboratory.”

Openness to children must be practiced “in a responsible way,” as St. John Paul II wrote in Letter to Families, and spouses struggling with infertility have a heavy cross to bear.

Yet the fundamental openness to children at the heart of marriage fights off “a closure that darkens [the spouses’] hearts and prevents them from thinking about love in terms of gift.”

Indeed, we must re-present and live the whole of marriage and family life the way “God asks us…to welcome and receive [it] as a gift.”