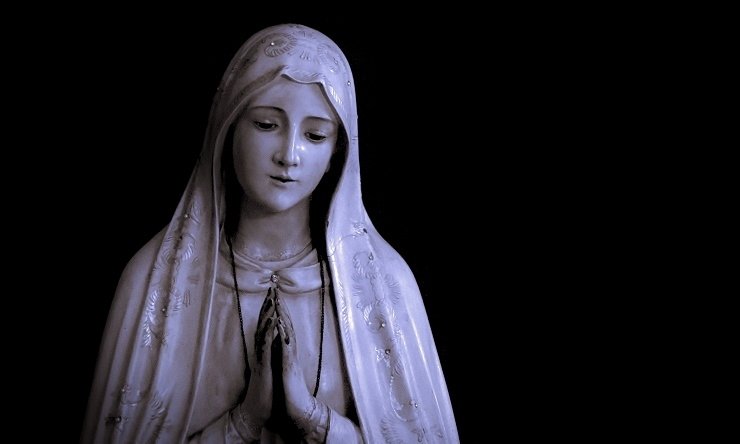 My Fatima story started on a train and ended on a bus. In between, two miracles changed my life.

This Saturday Pope Francis will canonize two Portuguese children on the 100th anniversary of Mary’s first appearance to them. I hope the Fatima experience will change many people in much the same way it changed me. (I even wrote a booklet to try to help that happen.)

I had lost my faith entirely before I began high school. Well-meaning CCD teachers had taught me that Jesus would forgive anyone anything. I believed them. So I stopped going to Mass and refused confirmation.

I went to a state university until I transferred — by chance — into a Catholic Great Books program as a sophomore. There, my fellow students taught me that I should go to confession and Mass, and I believed them, too. I did what they did — until I left them behind for the summer.

The next year was my junior year abroad in Oxford, England. Over the Atlantic on a plane, I told a girl, “I’m going to pretend to be Catholic for another year.” She gave me her number and told me to call her if I ever wanted to take a break.

I never did. That was the year my faith finally changed — especially at Fatima.

Portugal was the last leg of an epic European pilgrimage four of us took during a break, and it showed. First, we almost missed our station — three of us stood out the window while one threw our unpacked items out to us one by one. Then we realized that we were nearly out of money.

So we spent most of what we had to get to Fatima’s Chapel of the Apparitions, hit our knees, and prayed. Hard.

As I begged the Lord for mercy, for food, for a place to stay, and for money enough for a ticket home, I felt a tap on my shoulder.

A large-bellied man in his late 60s, wearing a blue baseball cap with an American flag stuck in it, held out his hand.

“You guys Americans?” he asked. I nodded.

“You all seminarians?” he asked. I shook my head.

“Well, I think it’s just great that you all are here like this. You need money?” he asked.  My eyes widened.

He produced a wad of cash and, licking his fingers, counted out big-denomination Portuguese bills. A lot of them.

“And if you guys want to stay in the Shrine hotel, you can join our tour group,” he added. “Two couples had to leave. Meals are included. Dinner’s at seven.”

A miracle? I think so, but I won’t insist. Dinner that night sure seemed miraculous. Young Portuguese women with giant platters of food spent the night outdoing each other in bringing us extra food on the sly.

Of all of the pilgrimage sites we went to, nothing affected me as powerfully as Fatima did.

For the first time I discovered why the mercy of God is important — because our free will is real, and capable of making choices with eternal consequences.

For the first time I discovered that the sacraments are not just the hoops a bureaucratic God wants us to jump through, but a channel of transformative grace.

For the first time, I knew in my bones that God is real and God is love.

“This is it. This is true,” one of my traveling companions said. “This is what life is all about. Live your faith — actually live it — and you’ll be happy.”

When my roommate and I ferried back to England, we were on fire with Fatima. And so it was that, when we discovered that the money we got wasn’t — quite — enough to get us back to Oxford, we knew just what to do.

We counted and recounted our money — nope, not enough — and then we prayed. We decided to beg the guy at the ticket counter to give us two tickets anyway.

“How do you mean?” he said, counting back to us what we had handed him. Now, the money included two £1 coins — about $4 at the time — that weren’t there before. “You have just enough here.”

On the bus to Oxford we encountered a sad girl experiencing enormous upheaval in her life. We taught her the Rosary — she was fascinated by it — and helped her find a place to stay for the night in Oxford.

And after college, I spent a career promoting Catholic identity in public life, my roommate  began an academic career that included translating for Pope Benedict, and the guy who planned our pilgrimage became a father of many, a parish leader and an inspiring teacher.

So this Saturday, I pray that the Fatima experience will help promote the three things Sister Lucia said are at its heart: Faith in the Church, hope for sinners, and love that is strong enough to sacrifice for both.