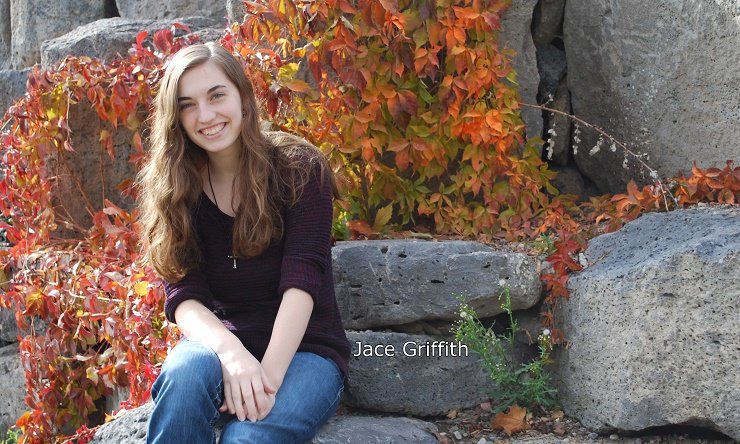 Jace Griffith of Idaho Falls School in Idaho will start at Benedictine College this fall.

Her entry, “Fullness,” celebrated Catholic identity in public life while honoring those of other faiths.

The contest was open to high school seniors in the United States who participated in the Newman Society’s Recruit Me program and used The Newman Guide to Choosing a Catholic College and My Future, My Faith magazine in their college search. The scholarship could only be used at one of the 29 Catholic universities recommended in The Newman Guide.

“Jace Griffith impressed us with her inspirational storytelling and her eagerness for the curriculum and community at a faithful Catholic college,” said Kelly Salomon, editor of The Newman Guide and director of membership for The Cardinal Newman Society.

“We are excited to see Jace on campus next year,” said Benedictine College President Stephen D. Minnis. “Her essay suggests that she will feel right at home here, and we are proud that she has made us the first college chosen by a Cardinal Newman Society Scholarship winner.”

“Growing up in a city where Catholics are a minority, dwarfed in number by ‘Latter-Day Saints,’ has not always been a bad thing,” Griffith wrote in her winning essay. “Among Mormon classmates, teachers, and friends, I’ve learned to defend my faith and celebrate its differences.”

However, she said, “I’ve spent enough time struggling to explain why I’m skipping school for ‘a good Friday’ and fending off tissues from well-meaning classmates who noticed the ash smudge on my forehead.”

She said she looks forward to Benedictine College’s liberal arts curriculum, where she hopes to study psychology in the “context of human dignity” while surrounded by young adults with “similar goals and morals.”

“Not only do students learn the requirements for their majors and minors” at schools like Benedictine College, she wrote, “they also learn things like why Aristotle is still important today [and] what exactly Ramadan is.”

She will also find Perpetual Eucharistic Adoration offered year-round on campus. Griffith’s essay begins with the story of her experience of Eucharistic adoration at the Idaho Catholic Youth Conference.

“I want to feel what I felt at ICYC when I was fifteen: fullness! Love and acceptance, strength in my community, and pride in my faith. I want to see that my faith is alive, and that it is alive in the people around me, each of us pushing and pulling each other on a stumbling path toward Heaven.”