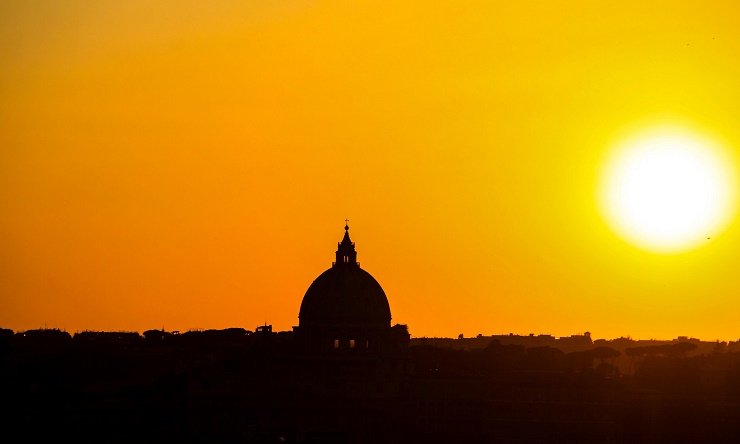 The popes mention poetry more often than you think.

You can probably rattle off the big-name poets the pontiffs often mention. Dante Alighieri and his Divine Comedy have been recommended for centuries. The temperamental master often appears in Vatican documents as “the supreme poet” or, as Pope Pius XI put it, the “poet who has no equal.”

Likewise, Shakespeare is a perennial favorite in the Vatican. Pope Paul VI, for instance, praised his “lofty genius and powerful language.”

But there are many great poets the popes have lauded who don’t have quite that kind of name recognition—at least, not yet. Here are some of them:

Pope Pius XII quoted the Portuguese Camões twice in his encyclical Saeculo Exeunte Octavo, celebrating 800 years of the country’s independence by calling on “the greatest poet of Portugal.” Indeed, Camões’ The Lusíads is widely accepted as a classic of world literature.

St. John Paul II called Norwid “one of Christian Europe’s greatest poets and thinkers.” He mentions Norwid three times in 1999’s Letter to Artists (“beauty is to enthuse us for work, and work is to raise us up,” he quotes) and he quoted the poet frequently throughout his pontificate.

The first President of Senegal, Senghor was an esteemed statesman in the eyes of Pope Paul VI and St. John Paul II. The latter said that Senghor had “analyzed with penetrating insight…the civilization of ‘négritude’,” in his praise of the nascent Senegalese culture. Senghor’s name and writings came up multiple times during the 2009 Second African Synod.

Pope Emeritus Benedict XVI has said that he is “very partial to Paul Claudel, to his joie de vivre.” St. John Paul II was fond of quoting Claudel, who is often mentioned alongside such French Catholic greats as Bernanos and Mauriac. One of John Paul’s favorite Claudel verses:

“Come with me, where I Am, in yourself, / and I will give you the key to life. / Where I Am, there eternally / is the secret of your origin … / …. Where are your hands that are not mine? And your feet that are not nailed to the same cross? I died and rose once and for all! We are very close to one another / …. How can you separate yourself from me / without breaking my heart?”

Read Claudel here and about him here.

When St. John Paul II visited Ukraine in 2001, he quoted Shevchenko twice, the “great poet” of the country and his “famous verse.” Shevchenko’s collections of poetry have been through hundreds of editions worldwide.

The award-winning poet and scholar composed a celebrated poem for the opening of the Holy Door in 1900 by Pope Leo XIII. Since then, Pascoli has often been cited by Fr. Cantalamessa, the papal preacher, in his homilies.

As he did with Cyprian Norwid, St. John Paul II cited Mickiewicz—one of Poland’s most important literary figures—throughout his papacy. The poet’s Pan Taduesz is in many ways Poland’s version of Italy’s The Betrothed. St. John Paul II opened his Act of Consecration of Poland to Mary in 1979 with a line from Mickiewicz’s masterwork.

This originally appeared at EpicPew.