This Sunday: Stop Praying Like God Is the Dog 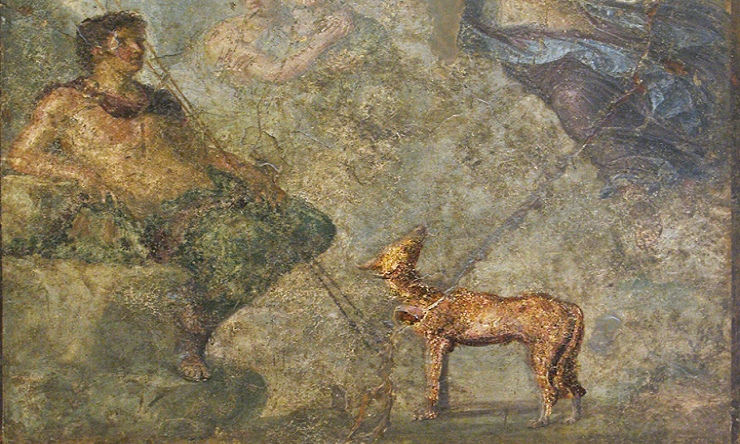 They key to understanding this Sunday’s Gospel (the 20th Sunday in Ordinary Time, Year A) is to realize that Jesus Christ is God, and the Canaanite woman knows it.

The Gospel can sound harsh if you don’t understand that. First, when the woman calls out to Jesus for help, he says nothing to her. When she won’t leave him alone, his disciples ask Jesus to get rid of her, and he seems to try to do just that, telling her he is only here for the Jews.

Then, when she still won’t leave him alone, he says “it is not right to take the food of the children and throw it to the dogs.” Only when she accepts his “dog” analogy does he relent and give her daughter the relief she is looking for.

It can seem that Jesus is being rude and unnecessarily harsh. But if you recall that Christ is God, that problem disappears.

“This was the cause why Christ was so backward” with the Canaanite woman, says St. John Chrysostom: “He knew what she would say, and would not have her so great excellence hidden.”

She knows Jesus can help her, so she asks. She refuses to give up. When he compares her to a dog, she accepts that she is far below the level of God — after all, she has done him homage as God. She knows God has been giving her what she needs her whole life long and bets that he won’t stop now.

The woman has done the fundamental thing that is necessary in prayer: She has let God be God instead of putting herself in his place.

It is easy to pray to God like he is just waiting for our command. We want him to do things our way; his job is to be loyal to us, forgive our mistakes, and be ready to step in when things get bad for us.

The rest of the readings this Sunday try to cure us of that attitude. They are a celebration of God, the great master, whose commands bring us happiness. They are, if you want to think of it that way, a long description of how using a “dog” analogy for each of us is not such a terrible thing.

In fact — we would be a lot better off if we were more like dogs in our relations with God (and less like cats).

But don’t be disturbed by this Sunday’s Gospel. Remember: “He knew what she would say,” so Jesus let the Canaanite woman show her faith to the world. We pray we can rise to her level.