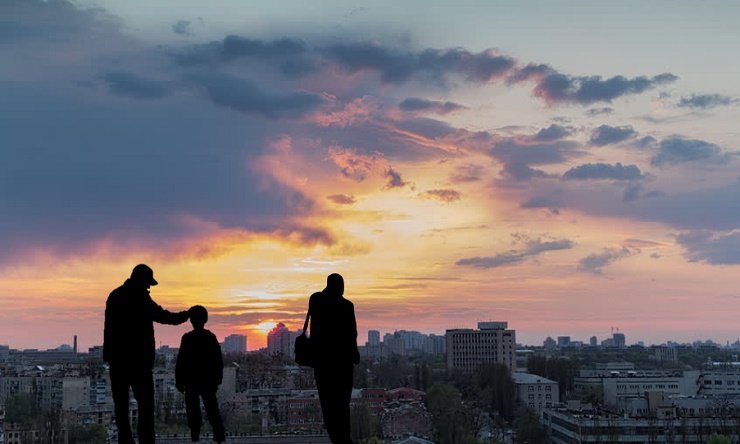 “This unexpected moment happened when Black Lives Matter activists were invited on stage at a pro-Trump rally,” promises the description of a click-bait video that, for once, actually fulfills its promise.

In it, Make America Great Again demonstrators take the time to listen to a group many of them initially wanted to ignore, and they find some common ground.

My friend who shared it, Rebecca Teti, has a knack for finding these stories, like another great one: “This Man Spent Decades Befriending KKK Members. Hundreds Have Left the Group Because of Him.”

Like the video, the article shows how powerful actually talking to one’s opponents can be.

You would think we would do it more often.

We do it all too rarely, though, whether it is from laziness or fear or — from something else. I try to teach my Mass Media students about this phenomenon by describing three mentalities the Church has fallen into with regard to the film industry.

The Command-and-Control Mentality ruled the way the Church handled film in the United States for much of the first half of the 20th century. The Hays Code, developed by the film industry with strong Catholic input, was a set of restrictions on filmmakers that was strictly enforced by Joseph Ignatius Breen, the industry’s official censor.

The Command and Control Mentality told filmmakers: “Tell stories our way or not at all.” And it wasn’t poorly intended: Public decency is worth upholding.

The Victim Mentality is the way many believers treated the media for the second half of the century and beyond. Christians picketed Martin Scorcese’s The Last Temptation of Christ in 1988, denounced Kevin Smith’s Dogma in 1999, and boycotted Ron Howard’s The Da Vinci Code in 2006.

The Victim Mentality says, “Stop telling stories that offend us!” Again, there is absolutely a place for this. Public indecency is worth opposing.

But the Missionary Mentality is the way certain filmmakers have been behaving in the media all along. In the 21st century, big-screen artists such as Mel Gibson and Terrence Malick explored the faith, and small-screen artists like Mike Nawrocki, Phil Vischer and Matt Meese share their joy in it.

The Missionary Mentality says, “Okay, you won’t tell my stories. So I will.”

The first two mentalities didn’t work to change hearts and minds. More of the third one almost certainly could.

Today, you can see where all three mentalities predominate.

The Command and Control Mentality predominates in aggressive secularism today — what Pope Benedict called “the Dictatorship of Relativism.”

You saw the Command-and-Control Mentality when Google fired James Damore for daring to write about women in tech jobs. You saw it when Dianne Feinstein and others grilled Amy Coney Barrett about her Catholic faith at her U.S. Senate confirmation hearing. Pro-lifers have seen it in years of refusal of mainstream media outlets to share the facts about abortion, or even accurately cover the annual March for Life.

Facing this kind of onslaught, it is easy to crawl into the warm bath of the Victim Mentality and say, “Woe is me, these people are mean! Woe is me, the culture is so corrupt no one takes me seriously.”

My Spanish grandfather told me that the difference between saints and cynics is that saints work hard and cynics whimper and blame. He told me to follow the saints.

Right now, we need the Missionary Mentality more than ever. We need to bridge the divide, loving others by willing the best for them.

Just ask the pro-life movement. After being tarred as anti-woman, pro-lifers changed marketing tactics decades ago, focusing on their outreach to mothers, healing for post-abortive women and adoption. Now, no honest critic can call them “anti-women,” and those who call them that anyway lose.

You can call this approach the “culture of encounter” if you want, or the “new evangelization” if you prefer, but it is what is needed more than anything in our time.

What will do the most to change the culture? Denouncing the doctrinal shortcomings of others, complaining about who and what offends us, or finding out how our neighbors are hurting and telling them where they can find solace?

To ask the question is to answer it. Now all that remains is to live it.