To My Daughter, Now a Mom 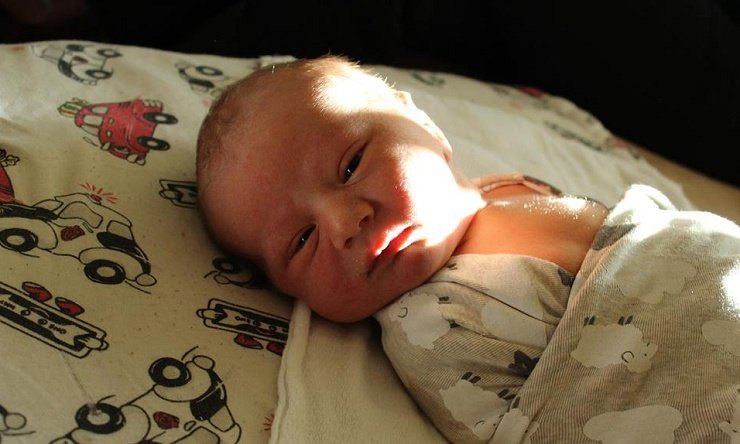 I wrote an open letter to you at your wedding a year ago and so now that I am about to meet your firstborn, I figured I would follow it up.

I actually began writing this on my iPhone in Oklahoma as we drove back from Christmas vacation. You weren’t there, but your brothers and sisters were. We were playing Marie Bellet CDs, and mom was crying her eyes out.

She grew quiet at “Mother, you are worried about way too many things,” cried at the heartbreaking “This House Is for Sale” and teared up again at the anthem “He Is a Daddy.”

Bellet is good for anybody, but there is a small subset of the population who get every single reference. That’s our subset.

Like the people you grew up surrounded by, your mother and I worked very hard to immerse you in a Catholic culture — to make it so much a part of you that you would carry it with you wherever you go.

This was a conscious effort. I remember saying the Rosary with other families at a picnic in a park when you were little and thinking, “I never ever did anything like this as a child. This will change my children. This will mean something big.”

We wanted you to learn the language of faith as a native language. I saw it working when you drew the Sorrowful Mysteries of the Rosary. I saw it working when CCC saint stories on VHS gave you a whole iconography: For you, St. Patrick had a cowbell, St. Francis Xavier had a monkey, and St. Nicholas had the cross in the dirt outside his prison window.

We wanted you to learn liturgical rhythms along with the rhythms of family life. That’s why you woke to the smell of bacon and chocolate chip pancakes on Sundays, ate pastries and schmarren each Christmas and sang around a birthday cake for the Church at Pentecost.

I loved your sister’s poem, “Where I’m From,” and its echoes of this way of life. She wrote: “I am from St. Mary’s basement / And the ancient beauty I learned there / I am from nativity sets with 1,000 pieces / I am from St. Anthony’s playground / And the rocks of Hammonasset Beach …”

That’s where you come from, too. You aren’t just from the Hoopes household. You come from daily morning Mass with your mother, Catechesis of the Good Shepherd with Mrs. Miller, and 15-passenger-van rides to the Mihaliaks’ house.

You come from confession lines and Communion lines, and we sent you forth by queuing you up for Confirmation and then queuing up to say goodbye at your wedding.

All of it made you who you are.

Now it’s your turn to make your son who he will be.

I’m sure you’ll do fine — in fact, I have no doubt you will make fewer mistakes than your mother and I did.

But remember: Babies grow up and have babies of their own, and we aren’t just deciding what they will be, we are deciding what the Church will be. Ultimately, the faith isn’t preserved by thinkers and writers, apologists and preachers: it is preserved by young moms nursing discreetly in a back pew, by grandparents leading rosaries at picnics and by dads willing to change diapers in parish restrooms.

And if you’re inspired to listen to Marie Bellet at all, listen to “We Are the Cavalry.”

I’m in a secret army; we’re several million strong
We sort the darks and lights; we sort the right from wrong
We guard our children’s hearts, we are always on patrol
We will raise a generation; we are fighting for their souls
We are the cavalry; we ride out in this world
In our minivans filled with boys and girls.

This story also appeared at Aleteia.