33 Things To Do This Summer (and One Not To) 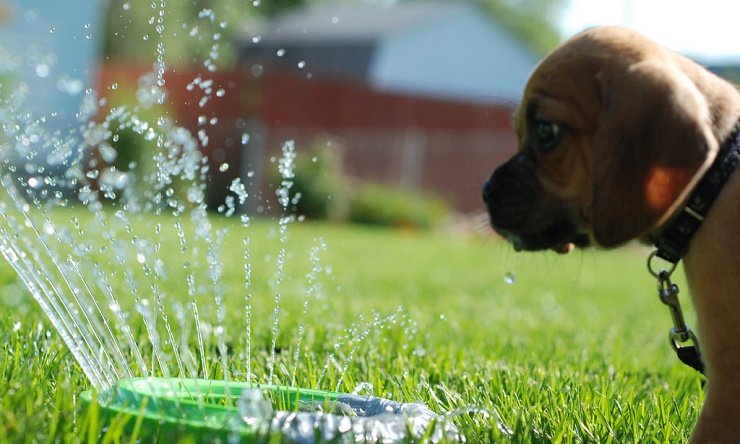 In one of the novel’s few science fiction tangents, a Green Town, Illinois, neighbor of the 12-year-old protagonist Douglas Spaulding invents a Happiness Machine.

The machine is able to take you anywhere in the world at the best possible time. It transports you to sunset dances in Paris and crisp morning colors in Rome in a world without bugs or sweat or the sun burning your eyes.

The inventor’s wife tries it out and hates it — because all the perfection in the machine makes her own life seem inadequate. She never wanted to go to Paris. Now she is painfully aware that she never will.

We have exactly those machines today, with exactly those results. The wonderful worlds available on our smartphones leave us binge watching Netflix, killing an afternoon playing a video-game, scrolling through Instagram perfection … and returning to the world emptier than before.

So here are some joys to be found in the real world at summer.

Context means everything when it comes to food. I love Pope Benedict’s quote about the first summer after the war: “Never in my life have I tasted a more delicious meal than the modest supper prepared for us from the fruits of our garden.”

In a less profound way every summer enhances the taste of food with freedom.

Chicken tastes better cooked on a grill even if it’s a little burnt, hamburgers taste better when your shirt smells like charcoal, and lemonade tastes better if you have to make sure there is no bug in it before you drink it.

And that’s to say nothing of popsicles or watermelon on the porch, snow cones at a fair, and ice cream cones when you eat them on the sidewalk in front of the store.

In his book The Benedict Option, Rod Dreher speaks of the importance of hard work, quoting a Norcia monk who says, “it helps me remember that the human person is body and spirit, not just spirit.”

Summer is great for that — starting with mowing your lawn.

The pleasures of old-style mowing were extolled by the great Catholic essayist Hilaire Belloc, who describes: “I went forward over the field, cutting lane after lane through the grass, and bringing out its most secret essences with the sweep of the scythe until the air was full of odors.”

I can relate to the lanes, but Ray Bradbury adds more modern touches: “There’s a thing about the lawn mower … It’s the most beautiful sound in the world, the freshest sound of the season, the sound of summer, and I’d miss it fearfully if it wasn’t there, and I’d miss the smell of cut grass.”

Speaking of Bradbury, there are the pleasures of dandelions, which little boys can pick for their mothers, little girls can blow to the winds, and bigger kids can learn to eat.

Judging by the intensity of their squeals and the fact that you have to practically shout in their face to get their attention, children know that there are few joys in life as immense as running through a sprinkler (and the same thing happens when you walk past a sprinkler as an adult and get sprayed with it just a little).

Which brings us to the subject of backyards. Even when the sprinkler is off, summer transforms backyards to a place with frontier forts, World War I trenches and trees strategically placed to escape wolves, or enemy soldiers, or whoever is “it.”

Speaking of yards, they are the arena for the two greatest childhood games ever invented: Capture the flag, which is a mix of all the best parts of tag, hide-and-seek, “jail” and posse; and flashlight tag, played in the dark, at the tail end of cookouts. You have to shine your flashlight on someone to make them “it” — which is a perfect metaphor for evangelization, by the way.

I have never been to a summer faith camp, but my children have, and their excitement is infectious.

In Connecticut, it was the Franciscan Sisters of the Eucharist who filled their grounds with children and goats and pygmy horses each summer.

In Kansas, it’s Totus Tuus that is now surprising and delighting people nationwide, sending children home with new songs, new knowledge of the Rosary mysteries, and a zeal to know more.

There are also Steubenville Conferences and Benedictine College’s faith, fun and learning BCYC camps, where my son this year has made friends he actually keeps in touch with and my daughter years ago met her college bestie.

The best car trips are pilgrimages. Summer is a great time to go visit that spectacular church that is just out of reach, either for Sunday Mass or as part of a day trip. There are great feast days to do it: St. Benedict, July 11; St. Kateri, July 14; Our Lady of Mount Carmel, July 16; St. Anne, July 26;  St. Dominic, August 8; St. Clare, August 11; and St. Mary’s Assumption, August 15 — to name a few popular church names.

Aleteia has a four-part series on some of the many shrines you might check out in the United States: Part 1: Upper midwest; Part 2: Eastern coast; Part 3: Western USA and Texas; Part 4: New England.

If you can find a good family movie, summers were made for movie theaters — because air conditioning was invented by theaters to entice customers. As a bonus, you get to emerge back into the real world, and the cold theater makes the hot air actually feel like a relief.

If summer movies are air conditioned and action-packed, baseball games are the opposite: hot and in slow motion. Baseball games immerse you in the real world. You’ll find Hoopeses at the occasional Royals game but also at our favorite event of the summer, Pitching for Priests, pitting the Archdiocese of Kansas City, Kansas, against the Kansas City-St. Joseph, Missouri, diocese.

Last and not least, there is no better way to fight back against the Happiness Machines of our day than by reading a real book with actual pages.

Aleteia shared some great books to try … or why not see if you find inspiration of your own by reading Dandelion Wine?