Angry? Pray and Fast for the Abuse Crisis Anyway 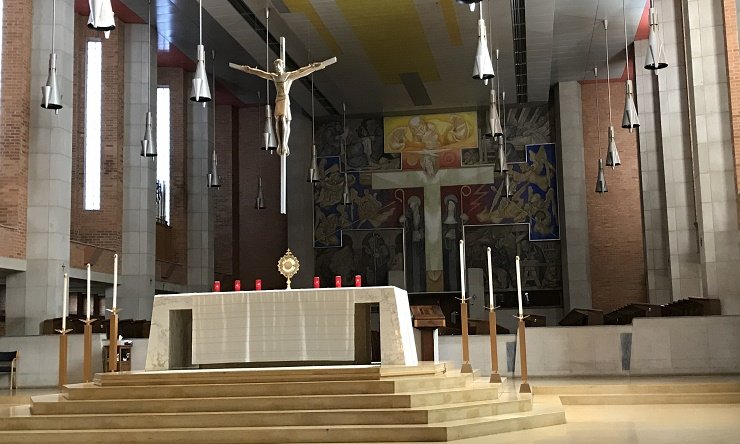 Feelings are raw with regard to the sex abuse crisis, and I am in no mood to fast for it. I will anyway.

This week, as the U.S. bishops gather for their annual meeting, many Catholics are following Pope Francis’s suggestion for fasting and prayer for the bishops at their annual meeting. At Benedictine College, students are participating in 72 hours of adoration and fasting, starting Monday night. Others in the Archdiocese of Kansas City-Kansas fasted last week.

I have spoken with many people who are too angry at the bishop to fast for them. I felt that way too. But a friend of mine convinced me to relent. Here is how.

First, she said, we fast because the Church needs its credibility back.

In August, when Pope Francis suggested Catholics fast and pray for the abuse crisis, I had a conversation with two friends about it.

The first, a new dad, responded — understandably — “no way.”

“I’m offended at the very suggestion,” he said. “I had nothing to do with sex abuse in the Church. I would kill a guy who touches my son. I find the idea that I should associate with this evil even so far as to do penance for it as adding insult to injury.”

The other friend, a mother of four, was just as passionate.

“I literally do not understand how a Christian could have that response,” she said. “What do we think Jesus is doing except hanging on the cross making himself a willing victim for precisely these crimes? The Church’s credibility is shot. Part of the Church’s penance right now is to hang our heads and absorb the blows, out of love for the people punching. “

She said we fast because when the Church crucifies Christ anew, it needs to suffer with Christ anew.

St. Francis of Assisi described what happens in heinous sins like those we see in the sex abuse crisis. “Since our sins made the Lord Christ suffer the torment of the cross, those who plunge themselves into disorders and crimes crucify the Son of God anew in their hearts.”

The best answer to those in the Church who have joined in the crucifixion of Christ is to join in his sufferings.

“I rejoice in my sufferings for your sake,” wrote St. Paul, “and in my flesh I complete what is lacking in Christ’s afflictions for the sake of his body, that is, the church.”

Third, we pray and fast because the abuse crisis is demonic.

There is a story in the Gospel of Mark, chapter 9, in which a demon has been attacking a child for years. The Apostles have been unable to do anything about it, when Jesus comes.

The faith of the child’s father is shot. “If you can do anything, have compassion on us and help us,” he says to Jesus.

Jesus answers angrily “‘If you can!’ Everything is possible to one who has faith.”

All the faith the father can muster is the prayer “I do believe, help my unbelief!”

Jesus expels the demon. When his apostles ask him why they could do nothing, he answers (as Pope Francis pointed out): “This kind can only come out through prayer and fasting.”

After the horrors of the sex abuser crisis — which are clearly truly demonic — we need the same kind of intervention by Jesus: One that heals children, restores parents’ faith and expels the evil that is at the root of the sin.

And there is only way to get that: prayer and fasting.

This appeared at Catholic Digest.
Image: St. Benedict’s Abbey 72 Hours of Adoration for the Church.