From Kavanaugh to Coddled Kids: The Tyranny of Feelings 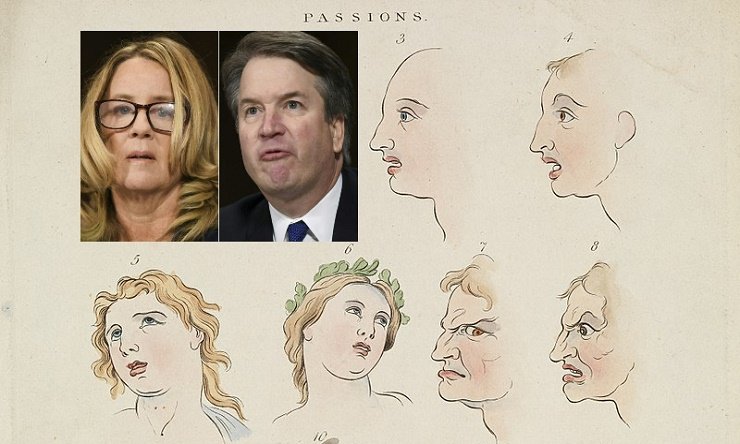 We all trust feelings more than we should. And that can be disastrous. Even fatal.

Trusting our feelings can make us too lenient toward our children (because we want to feel happy) or too harsh (because we feel mad already). It can lead us to be too lenient or harsh on ourselves, too.

But this trust in feelings can also shape the world we live in by infecting public institutions and actions — as in the recent Senate battle over the nomination of Brett Kavanagh to the Supreme Court.

Brett Kavanaugh’s face-off against Christine Ford in front of a Senate committee was ostensibly meant to determine whether or not he was guilty of sexually assaulting her as a teenager.

Lives are easily destroyed when feelings become more important than facts in criminal cases. Just ask the Duke Lacrosse team, or the University of Virginia’s Phi Kappa Psi fraternity. In both cases, we felt that the accused perpetrators were probably guilty, until the facts came out.

Or, on the other hand, ask the victims of Catholic priests — or of Hollywood celebrities like Bill Cosby. In these cases, the accusers were treated unfairly, because people felt that the perpetrators were good guys.

Jonathan Haidt very helpfully described where our reasoning goes wrong in his books The Happiness Hypothesis and The Righteous Mind.

Our minds are like a tiny rider on an elephant, he says. We believe that we are fully in charge of our decisions and actions, but we are often at the whim of subconscious processes that easily master us.

The “elephant” in our mind is our emotions and instincts, our passions and appetites. More often than not, our “elephant” makes a decision and we use our reasoning to serve the elephant by providing good reasons that it should have what it wants. Anyone who has ever cheated on a diet “because today is so stressful” or skipped exercise “because I need to prepare mentally for this morning’s meeting” knows this is true.

Those who automatically believed Brett Kavanaugh or his accuser, before any evidence came in, should know it too.

In his new book, The Coddling of the American Mind, written with co-author Greg Lukianoff, Haidt takes this one step further, describing how trust in your feelings is one of the “great untruths” infecting society today — and showing how this error can do real harm to us.

He shares a new psychological approach to overcoming feelings, called “Cognitive Behavioral Therapy” as an answer (and says to read this book to understand it), but interestingly sees a great example of it the classic Christian philosopher Boethius, who wrote The Consolation of Philosophy to describe how he was able to cope with being imprisoned.

Christianity is a great antidote to the life of feelings. By coming to earth and dying on the cross, Jesus flipped all the narratives that make feelings over-important.

For Christians, the feeling of failure need not define you — it frees you. “I am content with weaknesses, insults, hardships, persecutions, and constraints for the sake of Christ,” wrote St. Paul, “for when I am weak, then I am strong.”

And whether we feel someone is guilty or innocent — ourselves included — is beside the point.

If we’re guilty, we’re guilty, no matter how innocent we feel. As St. John put it: “If anyone says, ‘I love God,’ but hates his brother, he is a liar.”

Feelings are a poor guide. Jesus Christ is a sure one.