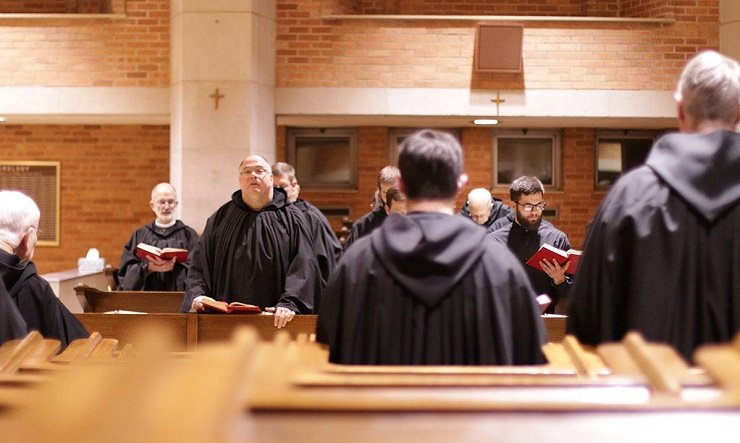 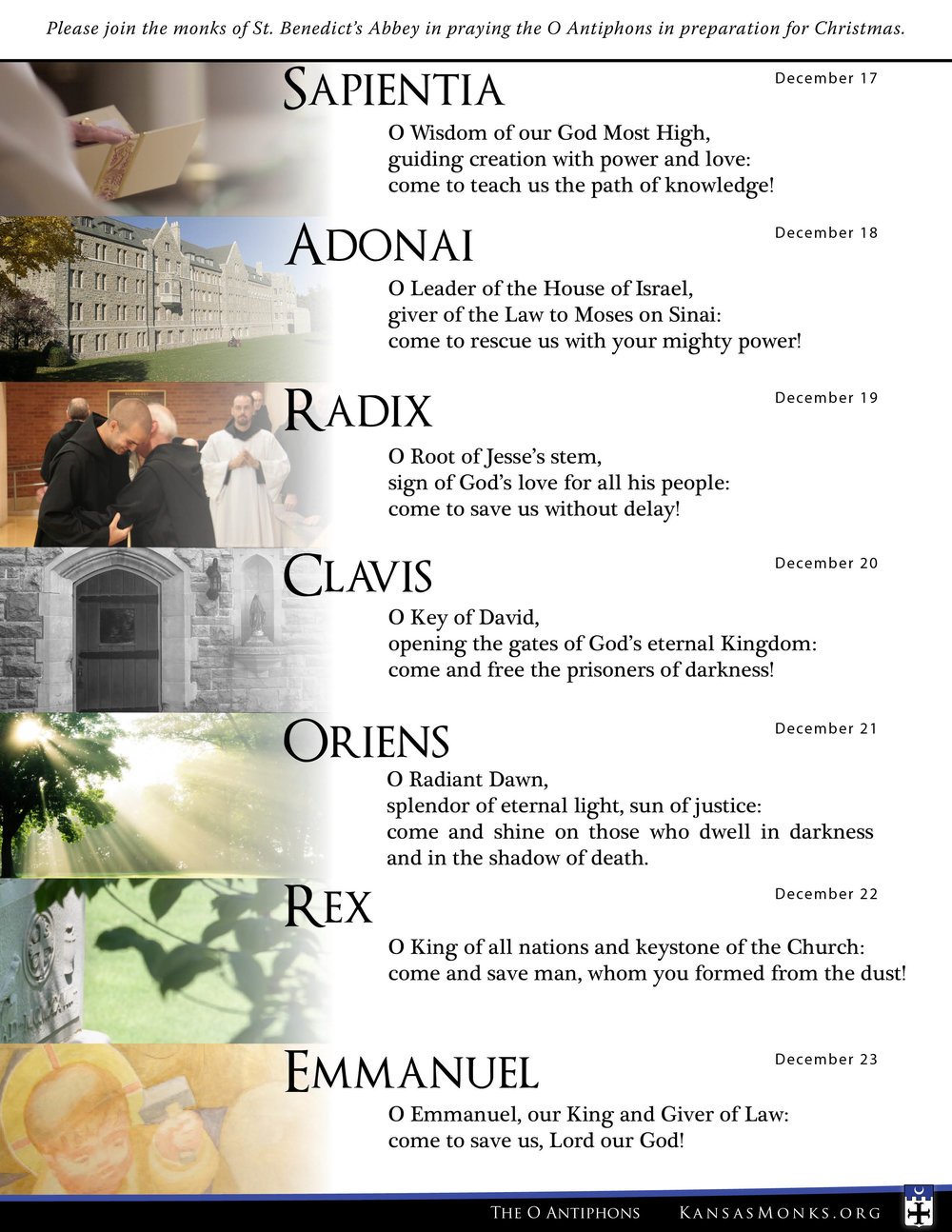 Crisp, clean feelings of hope start to fill the air when we follow the season of Advent, preparing to celebrate Jesus’ birth at Christmas. From week to week anticipation builds. On December 20 the Liturgy of the Hours contains a very excited homily of Saint Bernard of Clairvaux, built around the Annunciation of the Angel Gabriel to Mary that she was to conceive the child Jesus. “The angel awaits an answer. Answer quickly, O virgin! Why do you delay? See, the desire of all nations is at your door, knocking to enter. Arise, hasten, open. Arise in faith; hasten in devotion, open in praise and thanksgiving.”

When we get to December 17, the Liturgy of the Hours begins the grandfather of all novenas, these privileged days of preparation and waiting for the celebration of the tenderness that defies terror. Each Mass is special for the day. At Vespers we have the lovely O antiphons. Each antiphon begins with “O.” The melodies rise up and we are standing on our musical tiptoes to say something about the wonders of God’s goodness over the ages. We end them by dipping down and asking in a much more gentle way to be gathered into that divine richness. Each antiphon highlights a title of the Messiah drawn from the prophecies of Isaiah and their fulfillment in Jesus. On December 17 we sing, “Oh wisdom, O Holy Word of God, you govern all creation with your strong yet tender care. Come and show your people the way to salvation.” The last one before Christmas is, “O Emmanuel, king and lawgiver, desire of the nations, Savior of all people, come and set us free, Lord our God.” Although our Liturgy of the Hours at the Abbey is in English, we sing these ancient melodies in their original Latin chant. Even without understanding each word, one can’t miss the point.

The O antiphons have been around for a long time. We find traces of them in the history of ancient monasteries and by the eighth century they were already in the liturgical celebrations of Rome. The arrangement of the antiphons had a definite purpose. Beginning with December 23 and going backwards the first letter of each Messianic title spells two Latin words, ero cras, meaning “Tomorrow I will come.”

The gentleness and joy that inevitably surrounds the celebration of Christmas taken seriously is also the source of wonderful, friendly folk customs among the various Hispanic cultures of Latin America and of the Philippine Islands. Many Mexicans celebrate the posadas for nine days — when people would go through the neighborhoods, enacting the turning away of Joseph and Mary from various places until someone invites them in — a friendly “inn” where everyone would then have a festive supper. In Venezuela they have the early morning Masses of Aguinaldo for nine days before Christmas when lively local Christmas music fills the air. In the Philippines there is the much frequented “Simbang Gabi”, a nine-day series of Masses celebrated at dawn followed by breakfast from food vendors selling traditional foods. Celebrating at dawn symbolizes the coming light that is Christ who will overcome the darkness.

The religious culture of American Catholicism is being enriched by the growing presence of fellow Catholics from Latin American and the Philippines and their religious customs. Regardless of our diversity in celebrating the pre-Christmas novena, we all have the consolation, the thrill really, that when we open our lives wider to the presence of Jesus, we ourselves become bearers of those glorious promises of the O antiphons. We are persons who are enlivened by the tenderness and goodness of the Lord Jesus.