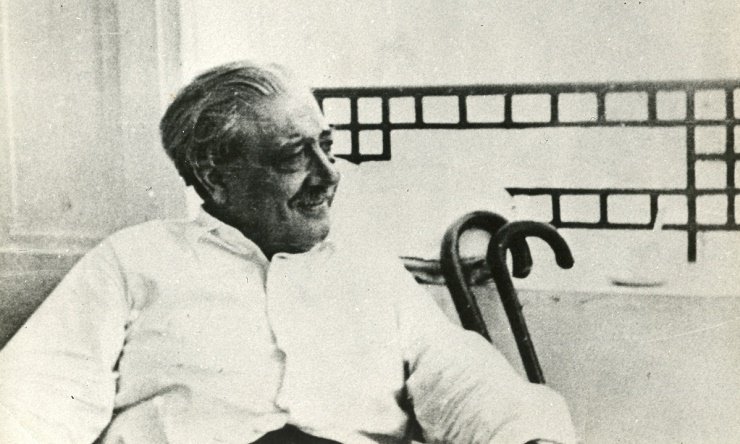 One of the pioneers of the modern Catholic novel, Georges Bernanos earned a top literary reputation even in his lifetime. The author is far from being merely a darling of the academy, however. The popes of the last 50 years have widely appreciated Bernanos. Here are some examples of why popes have called on his works for theological and artistic inspiration.

Giving a general audience in 1968, Pope Paul VI observed that Christians must be ever dedicated to a life of integrity, sincerity, and dedication to the truth. To that end, he quoted Bernanos’s novel The Impostor: “Hypocrisy is not protected under the mantle of religion.”

In an Angelus address in 1978, Pope John Paul I briefly recounted two tragic deaths in Italy, giving voice to people’s doubts about a virtuous society. To counter the supposed rottenness of the world, the Pope said, we need to practice Christian forgiveness, even unto death. As an example, he cited the “great Catholic writer” Bernanos, specifically his play Dialogues of the Carmelites.

Later to become an opera, the theatre production tells of the sixteen Carmelite martyrs of Compiègne, who, like St. Andrew and so many other Saints before them, went to their deaths joyfully. Bernanos’s play, said the Pope, brought this message of heroic Christian witness to “screens of the whole world.”

Pope John Paul II made a pilgrimage to Lourdes in 1983, meeting with dignitaries and giving many public speeches. While praying at the grotto, the pope explained how the Virgin Mary is always young. She is “‘younger than sin,’ as your writer Georges Bernanos well understood.” The pope was referring to a quotation from Diary of a Country Priest.

(A Cardinal under) Pope Benedict XVI

Blessed Antonio Rosmini’s beatification in 2007 was generally seen as extraordinary. The priest had been under condemnation for over a hundred years until Ratzinger issued an official absolution. At the ceremony, Cardinal José Saraiva Martins gave the homily. Wanting to stress how the beatification of saints makes manifest in a special way “the inseparable bond that exists between the Church and holiness,” the cardinal quoted a rare, posthumously published book of Bernanos’s, Les Prédestinés. “Our Church is ‘the Church of Saints,’, not ‘a type of spiritual police force.’ Holiness ‘is an adventure, rather, the only possible adventure.’”

During a general audience in 2008, Pope Benedict XVI spoke of the rich treasury of the Communion of Saints. While mentioning Saints with “extraordinary charisms,” he carefully noted that “there are a great many” hidden saints. Indeed, God always raises them up in every age. No two saints are alike, the Pope implies, citing the “great French writer” Bernanos. “‘Every Saint’s life is like a new blossom in spring.’”

Also in 2008, Pope Benedict XVI gave an in-flight interview on his way to France to celebrate the 150th anniversary of the apparitions at Lourdes. The interviewer asked, “Which are the French authors, secular or Christian, which have made the greatest impression on you or have left you with the most moving memories of France?” He responded by first mentioning Fathers of the Church, theologians, philosophers, and historians like Irenaeus of Lyons and Gilson. The Pope made special mention of chant out of Solesmes, and then cited only two writers: the poet Paul Claudel, and Bernanos. Through these figures, the Pope concluded, intellectual French culture “truly determined my personal, theological, philosophical and human development.”

During the 2016 Jubilee Year of Mercy, Pope Francis gave a retreat for all priests, preaching three times himself. In his second meditation, the Pope focused on how God graciously offers us mercy precisely through our sin. While the first part of the meditation featured Biblical, liturgical, and theological texts, the second part focused on the Saints. Specifically, the Pope showed how they received mercy through the woundedness of their sins. Near the end of this section, Pope Francis quoted two paragraphs from Bernanos’s Diary of a Country Priest. He noted that the novel roughly follows the life of St. Jean Vianney. Bernanos’s words, the Pope implies, beautifully capture how God’s mercy has all unexpectedly worked through the country priest’s sickness.

In 2017, Pope Francis gave an Angelus address on the Solemnity of the Immaculate Conception. Much of the address was an exploration of the meaning of “full of grace.” To illustrate his points, he cited the same section of Bernanos’s Diary of a Country Priest that John Paul II had referenced nearly thirty-five years earlier. Mary “is always youthful, she is ‘younger than sin,’ she is ‘the youngest of humankind.’”

You can get all of Georges Bernanos’s books by clicking here.
This article appeared at EpicPew.