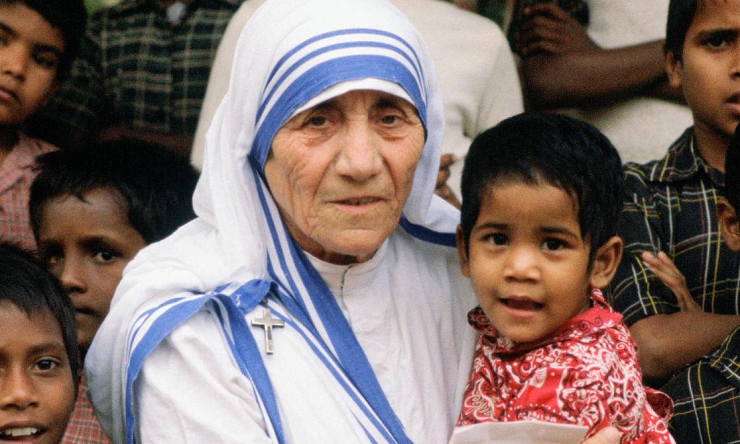 Mother Teresa is buried in the motherhouse of her order in Kolkata. Her tomb is large and box-like. It is kind of intimidating in its simplicity. But no matter the time of the day, you will find people praying right next to her. Now, she has been canonized a saint.

I love Mother Teresa, and she has profoundly affected my life. Let me explain.

A few years ago, around Christmas time,  I read Come Be My Light, which is the story of Mother Teresa’s spiritual darkness. It was a really powerful book. All through January I couldn’t stop thinking about Kolkata, India and Mother Teresa. In prayer India would come up randomly so I kept saying, hey, Jesus, umm, so, do you think I should go to India? Are you sure? If this is what you want, I’ll do it even though I’m not sure how! I thought maybe it would stop coming up. But, he kept mentioning it.

Want to come to India with me?

So I looked up mission trips that were going, and I asked basically everyone I knew if they wanted to come to India with me. Everyone said no, so I kept asking and praying as I didn’t want to go to India alone. I finally found a friend who said she was up for it! So, we started the visa process. And everything else fell into place. I came back to the States a month later having experienced the hardest, craziest, and most frustratingly beautiful spiritual experience of my entire life. I could focus on many things from the trip, the heat and sweat that wouldn’t stop, people everywhere, incessant noise, incredible generosity, incredible suffering.

But what I want to focus on is Mother Teresa and her sisters. The influence that one woman had on so many people, and still has today is incredible.

First of all, she inspires thousands of volunteers from around the world. I met many of these volunteers while I was there. Some came for a day to volunteer, others came for six months.

There were many twenty-somethings who were either in school or trying to figure out what to do with their lives, like Rob, a carpenter from Australia, Mike an English major from California, Michael, a recent university graduate from Sweden, and Lisa a marine biology graduate student from Austria.

Then there were middle-aged men and women who had taken time off from their jobs like Connie, a nurse from Malaysia, and Maria an economist from Spain. Francesco and Gigi from Italy were on their honeymoon, and had been married two days before they came to volunteer.

An almost retired math teacher from Dublin, Frank, older than most of the volunteers, worked harder than everyone. Juan, a proud grandpa from Spain, kept up right alongside him. The volunteers were Catholic, Protestant, agnostic, and atheist. Meeting them and hearing their stories was eye-opening, especially as we were all doing the same tasks side by side, every day.

The goofiness and grittiness of the sisters Secondly, Mother Teresa influenced the sisters of her order profoundly. The goofy but deep joy of the novices and postulants as they joked around with each other and the people they cared for was infectious.

At the same time, the direct, no-nonsense, completely honest way that they communicated was both frustrating and refreshing. I often wondered, how can they be so honest? Don’t they need to be more diplomatic? The sisters were not saccharine; they loved without sentiment.

Their conversation is a strange mix of normal small talk and interest in your life, interspersed with intense discussions about God, hell, good, evil, sin, and salvation.  It was strange and at times unsettling, but it made me stop and consider my own hesitance to broach deep subjects.

Also, they never stopped praying! On the bus, waiting for the bus, while working, while sitting. Their white saris and rosaries separate and elevated them from the masses of people, but their incredible hard work, their joy, and their concentration in the moment grounded them in the world and made them approachable and real.

What is Mother’s secret?

The two biggest lesson I learned from Mother, the sisters, and ultimately Christ, while in India, were 1) my smallness 2) the importance of prayer.

When we first started volunteering we received a card to prove that we were official volunteers. On the card, there was a quote from Mother; it was her response to the question, “what is your secret?” She responded simply: I pray.

I learned how to pray in a way I never had before. The sisters invited us to join them for a holy hour every night. That holy hour soon became one of my favorite parts of the day. It was never a quiet hour because Kolkata is never quiet, there is incessant honking, train whistles and shouting…and I was usually exhausted by that point — just a tired, hungry and gross puddle of sweat huddled in a corner of the chapel. But praying with the sisters and other volunteers brought me the peace I often lacked during the day. I realized that Christ was the reason the sisters did what they did. He was it. And more than that, everything I did I could offer as a prayer to Him.

When my back hurt and I didn’t think I could mop anymore, I said hey, this is for you.

When we had a break for chai tea and crackers, I could offer that to him. When I got Mona to smile or convinced Raul to sound out one more word, I offered that to him.

Jesus didn’t give me any huge dramatic life revelations while in India (which I’d kinda been hoping for, as dropping everything and going to India was quite a dramatic request for him to make).

Instead, I learned how to pray in a new, radical way. I learned how small and incapable I am on my own. And Christ used the difficulty of the trip, the constancy of the sisters, and Mother’s words, to forever cement these lessons in my heart.

Saint Mother Teresa, pray for us!

Cecilia Pigg, who graduated from Benedictine College in 2015 as a Gregorian Fellow, is editor at Catholic Match Institute. This article was originally published by the CatholicMatch Institute (the media division of CatholicMatch.com) which provides resources to help single Catholics develop a strong foundation for marriage. Used with permission. 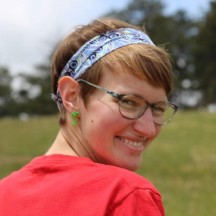