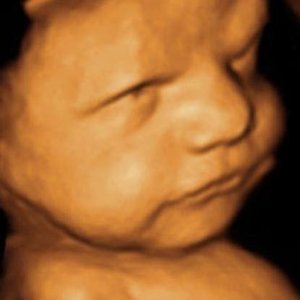 The Nov. 6 election showed America’s increasing embrace of the right to life for all, including the unborn.

Pro-life gains was one of the key takeaways of the New York Times coverage of the election. Here is some of what they might have had in mind.

The Catholic Vote organization noted that those who opposed Supreme Court nominee Brett Kavanaugh were punished. “Not a single swing-state Democrat who opposed Kavanaugh won reelection. The one Democrat (Manchin) that supported Kavanaugh, saved his seat,” it said.

The Democratic Party Platform mentions abortion several times, calling for an expansion of abortion in the United States and around the globe, but it is unclear what specific legislative effects the change in House leadership will have.

Since abortion is increasingly a state concern, state politics matter to the pro-life movement more than ever.

Kansas’s governorship is in the “lose” column for pro-life. Voters selected Laura Kelly, who was endorsed by the country’s largest abortion money-maker, Planned Parenthood, and the group Emily’s List, which funds the campaigns of women who will support the abortion industry.

However, Iowa, Florida, Georgia and Ohio all elected governors on Tuesday who campaigned to protect the lives of the unborn.

The pro-life movement lost In Oregon, where voters refused to stop taxpayer dollars from being sent to the abortion industry. But measures designed to safeguard the right to life of the unborn passed in Alabama and West Virginia.

Alabama passed a constitutional amendment to “recognize and support the sanctity of unborn life and the rights of unborn children, including the right to life.”

West Virginia passed a similar constitutional amendment saying “nothing in this Constitution secures or protects a right to abortion or requires the funding of abortion.”

Four other states — Louisiana, Mississippi, North Dakota, and South Dakota — have similar laws that would prevent the legalization of killing unborn children in the state if Roe v. Wade is overturned.

All in all a good day in the fight to secure the right to life for everyone.