St. Benedict and the Caves of Christianity 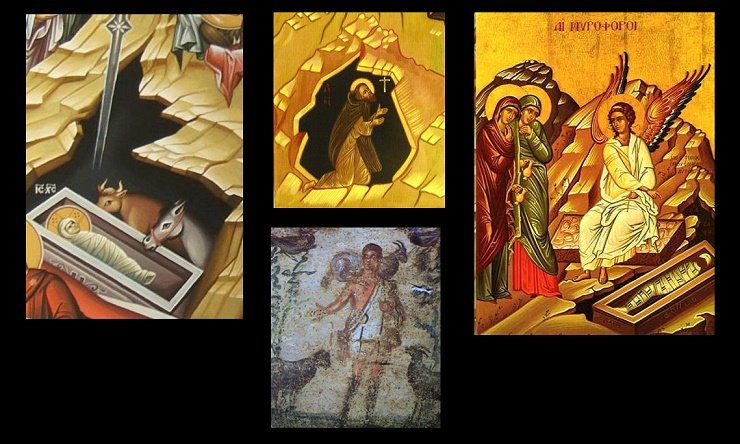 Just in time for St. Benedict’s feast day, the Wild Boars boys’ soccer team has been rescued from the Tham Luang cave in Thailand.

The boys are Buddhists and probably won’t be celebrating St. Benedict, but I will on their behalf. St. Benedict is the patron saint of cavers. More to the point, he is one of the reasons you can see the whole of Christianity as a cave rescue.

First, you have to go all the way back to the cave man.

At the summer Napa conference two years ago, Father Robert Spitzer made a modern, scientific version of an argument G.K. Chesterton made in Everlasting Man.

To explain the proof we have for an immaterial soul, Father Spitzer cited research that 70,000 years ago something happened to early human beings that caused an intellectual explosion of art, complex language, abstract mathematics, religion and morality.

“I would submit that this ‘something’ is a transcendent soul,” Father Spitzer said. When the first couple, and their children after them, received a soul, humanity began asking “What?” “Why?” “Where?” “When?” “How?” and “How many?” he said. “This led to a tremendous explosion of exploration, discovery, art, and religion.” After this, humanity started spreading over the globe.

In other words, the art the “cave men” drew on walls was one of the first expressions of the soul — and that same soul led humankind to leave the cave behind.

“Leaving the cave” became the perfect metaphor for learning.

Plato, in The Republic, compared the human condition to being imprisoned in a cave where we never see the light, but only shadows. Philosophers are those who make their way out of the cave and see the real world — but they have to be careful how they talk about their experience, because people in the dark don’t like the light.

Then God himself did something very strange: He entered our caves to save us, twice.

After Altamira and Plato’s cave came the two most important caves in history: The one at Bethlehem and the one outside Jerusalem.

Justin Martyr (100-165) wrote how “since Joseph could not find a lodging in that village, he took up his quarters in a certain cave” near Bethlehem. Jesus’ burial place was hewn out of a cave, too, one we are learning more about to this day.

Thus, Jesus himself followed this trajectory of humanity, entering our caves and then emerging from them victorious. He also neatly reversed Plato’s cave analogy — in the manger and in the empty tomb, the Light of the World shone out from the cave.

The catacombs are the next significant caves of Christianity.

Early Christians almost literally followed Jesus Christ’s example. Under early Roman persecution, Christians descended into the Rome’s cavernous underground burial tunnels to honor the martyrs with the sacraments that connected them to God.

In the catacombs, vast necropolises of the dead, Christians once again expressed their humanity through art — this time connecting humanity and divinity in cave drawings of Christ.

Again, when we emerged from the catacombs we were ready to spread throughout the world, this time teaching Christ.

Which brings us to St. Benedict.

Next, around the year 500, Benedict, a young Italian nobleman, went to Rome to be educated. There, he was disgusted by the casual sin he saw all around him and became a hermit living in a cave near a monastery 40 miles from Rome.

With the same results.

“The small, obscure grotto of Subiaco,” wrote St. John Paul II, “became the cradle of the Benedictine Order. From it a bright beacon of faith and civilization shone out which, through the example and work of the holy Patriarch’s spiritual sons flooded the West and East of Europe and the other continents.”

He became the patron saint not only of cavers, but of religious orders, and Europe.

We all need to be rescued from caves.

In mythology, caves are symbols of mankind’s reawakening. From Beowulf to Batman, from Aeneas to The Empire Strikes Back, caves are places where we confront our demons and emerge remade.

The Church helpfully offers us many such places. Confessionals, which often look like coffins, are dark places we enter to obliterate our sins and leave renewed. The tabernacle, like the manger and the Holy Sepulcher, is a dark place that shines with the light of God.

Like St. Benedict, each of us needs to let God enter the darkest corners of our soul and rescue us from the stagnant airless deeps, out into the light of the world.