Study: Half the World’s Populations Are Disappearing 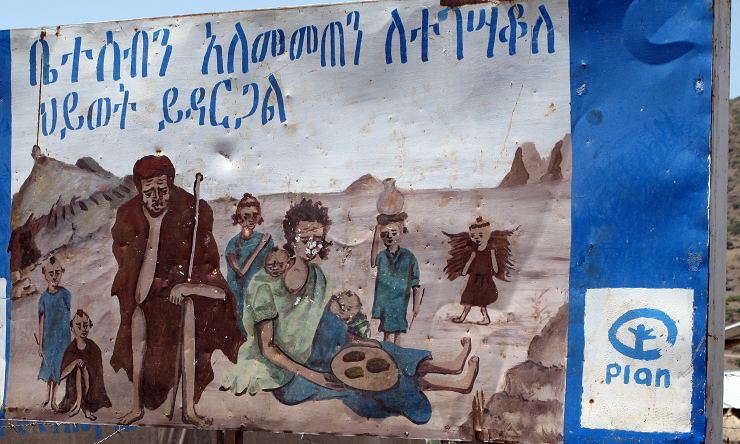 Researchers have found a “big surprise” in world demographics data.

An unprecedented study of the world’s population revealed that fully half of the world’s countries have fallen below a fertility pattern that can support the continuance of the human race.

Everyone knew that the population decline was bad. No one knew it was this bad.

“It’s a surprise even to people like myself,” said Dr. Christopher Murray, who worked on the study. “The idea that it’s half the countries in the world will be a huge surprise to people.”

It is safe to say that most people think the world suffers from overpopulation (the photo above shows a billboard in Ethiopia warning against large families). In fact, University of Washington’s Murray told CNN on November 9, “The world is really divided into two groups. In a generation, the issue’s not going to be about population growth. It’s going to be about population decline or relaxing immigration policies.”

Who is growing and who is dropping?

The results published November 8 in The Lancet medical journal followed trends in every country from 1950 to 2017.

But if you look at it country by country you see a wide disparity.

Countries with the fewest children include Poland, South Korea, Bosnia and Herzegovina and Japan. In Taiwan, women average only 1 child. The most fertile countries include several in Africa, as well as Afghanistan, with an average 4-7 children per family.

Niger has a bountiful future with women having 7.1 children each on average. The population of the Island of Cyprus won’t last long, with women there having one child on average.

The U.S. fertility rate is at 1.8 children per woman — but it would be much lower without immigration.

While those who warn about population growth point out that the total number of people on the planet is increasing, the ratio of woman to child per country is important — because it shows which societies will sustain themselves and which can’t.

Why are women no longer having babies?

The reasons include better health care keeping more infants and children alive, which means families have fewer children since most offspring are now expected to survive. But other major factors are an aggressive contraceptive industry and women’s changing lifestyles.

The BBC report on the Lancet study quoted several women who have stopped having children.

“We’d rather give our daughter the best of everything than have multiple children that we can just about feed and clothe,” said Rachel Jacobs, 38. “I don’t want to ever have to say that she can’t go to a party or have a new Christmas jumper.”

A separate article quoted 24-year-old Jang Yun-hwa in South Korea saying, “I have no plans to have children, ever. … I don’t want the physical pain of childbirth. And it would be detrimental to my career.”

“I’m not having children because I want to save the planet,” said Anna Hughes, 35, of Great Britain, in a video interview. “The best thing I can do for the environment is not have any children.” She said if she got pregnant, she would have an abortion.

The future will belong to those who have children.

What do countries with very few replacements look like?

“The country that’s probably the most concerned about this already is China, where the number of workers is now starting to decline, and that has an immediate effect on economic growth potential,” Murray said.

China is relaxing its one-child policy — but it may be too late. In addition to lacking workers, a fifth of China’s homes are empty, reported Bloomberg news — more than 50 million apartments and houses have no inhabitants.

Fertile countries have a far brighter future. They are a good place to invest your money, said Hans Rosling, a Swedish professor and demographic “prophet” who died in February.

“You will find an emerging China in Africa,” he told the BBC in a final interview. “Go there to invest if you want to earn money, if you want to have nice pensions when you retire, place part of your capital there because there you will see fast growth.”

Sacrifice and self-giving turns out to be good for our futures on earth as well as our future in eternity.

Those nations whose families put children first and sacrifice comfort for family will see economic growth. Those who don’t will fail.

Perhaps this is what it means for the meek to inherit the earth.

This appeared at Aleteia.
Image: A billboard in Ethiopia warns of overpopulation; Wiki-media.