Symposium Spotlights the Power and Beauty of Humanae Vitae 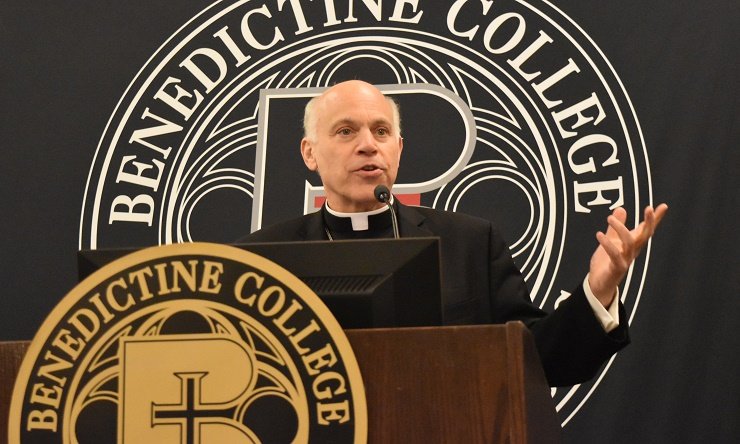 “We have many points of light in the Church today and I certainly consider Benedictine College to be one,” said Archbishop Salvatore Cordileone. The San Francisco prelate was a keynote speaker at the 7th Annual Symposium for the New Evangelization at Benedictine College.

More than 300 participants heard from speakers who came from 24 different academic institutions, eight professional organizations, and seven diocesan offices at the event March 23-24.

Sponsored by the college’s Gregorian Institute, the event focused on the theme “Humanae Vitae 50 Years Later: A Call to Self-Gift.”

“The Symposium is a premier event demonstrating Benedictine’s integration of community, faith, and scholarship,” said President Stephen D. Minnis, who attended the conference throughout. “I like how Father Simon Baker put it in his opening prayer: ‘Truth — nothing less will satisfy and nothing else will make saints.’”

Scholar and author Dr. Janet Smith was the first night’s keynote speaker. Her scholarship has been cited by many Catholics as pivotal in their own acceptance of the Church’s teaching in 1968’s “Human Life: On the Regulation of Human Birth,” by Blessed Paul VI.

The next morning’s keynote speaker was Brad Wilcox of the University of Virginia.

“Our country is devolving into a separate and unequal family regime for the highly educated and affluent and not the working class,” said Wilcox. “The Church’s teaching is integral to protecting the integrity of the family — especially for the least among us; for the poor and working class.”

“Cohabition is very tempting to parents — but undesirable to kids,” said Wilcox.

Jennifer Roback Morse echoed his remarks in her keynote talk. “The number one lie of the sexual revolution is that kids are resilient,” she said.

The topic of Humanae Vitae allowed a broad range in the discussion. Archbishop Cordileone, in his keynote talk, spoke about differences in the sexes.

“We cannot think of a generic human body, but only of a male body or a female body,” said Archbishop Salvatore Cordileone “Society must acknowledge and affirm how women are different from men in order for women to be truly equal to men.”

Other notable speakers included Fr. Nicanor Austriaco, a Theology and Biology professor at Providence College who spoke about human gene editing, and Dr. Alexander Pruss of Baylor who discussed marriage.

“With the Symposium this year, we hoped to show the truth and vitality of the teachings of Humanae Vitae,” said Muller. “I think we accomplished this in the quality of the presentations and the joyful community that gathered, which included young and old, lay people, religious, and clergy.” 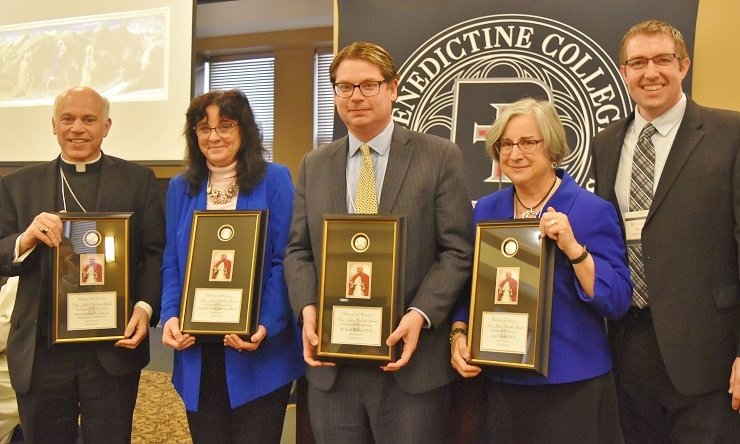