‘That’s Divisive!’ Is Not an Argument 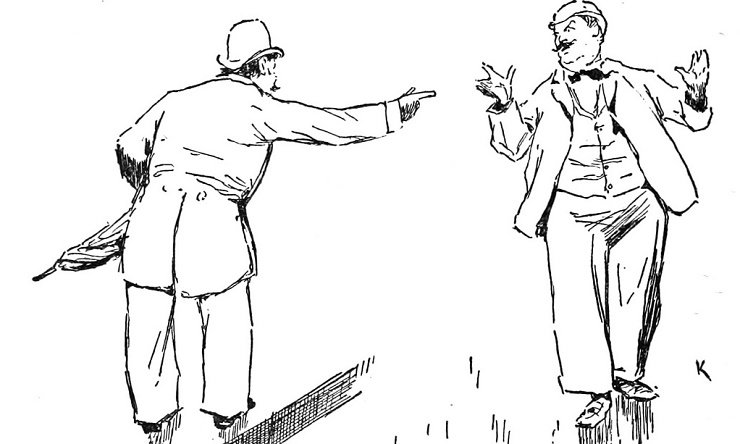 This year I have taught an English Composition class in a classical format, which included a cursory view of logic and what constitutes an argument. The second class, I put my legs in a firm position and asked the biggest guy in class to try to push me. He finally did, but not before I was able to give the class a memorable example of what a “thesis” is. It is a Greek word and very possibly a wrestling metaphor, since it means a “position.” That is why we speak of “defending” a thesis. What you dig your legs into to hold your position varies depending on the academic discipline. An argument from authority may work in theology but not in philosophy; whereas the natural sciences will require the legs of your hypothesis to be rooted in experimental data.

After showing the basic rules of a well-built argument, Aristotle also pointed out various ways of how not to argue. His small work on the subject is called the Sophistical Refutations, and what he explains are what we call “fallacies,” bad arguments, or things masquerading as arguments but which don’t prove anything. One set of such fallacies he calls “ignorance of refutation,” which basically means “This guy really has no idea how to argue at all,” and the fallacies he mentions are all what we would call “beside the point.” The most famous of these is the ad hominem argument, where one insults the person saying something and somehow thinks that is an argument against what was said. Calling someone a liar does not prove that what he said was false. It’s the other way around, proving that what they said was false (and said with intent to deceive) shows that they have lied.

I try to shield myself from a lot of political rhetoric these days because the argumentation therein is often so deficient. (Sports radio, actually, is better fodder for the mind, since people make reasoned claims based on a mutually agreed up set of facts.) But one particular quip keeps turning up and needs to be called out for the non-argument that it is: “That is divisive!”

The words mean “That (my adversary’s position on this matter) causes division.” Is something wrong or false or evil just because it causes division? Any thesis worthy of the name takes a position on a question where other positions are possible. If there is only one possible answer, no defense is needed, no serious thought either as the modern phrase “no-brainer” suggests. “That is divisive,” then, means little more than, “I emphatically disagree.” Your interlocutor could easily say that what is causing the division is your failure to agree with him. Why is his position more divisive than your disagreement with it?

What “That is divisive” certainly is not is an argument against anything said. It is akin to an ad hominem, but you are not calling the person a name, you are calling the argument a name, and a name that should ideally apply to any substantial statement. Especially in politics, anything important to say can easily have a contrary position.

Like most fallacies in the “ignorance of refutation” category, “That is divisive!” doesn’t address the matter at hand. It offers no alternative. It says nothing of substance. If one says it and believes that he or she has actually argued against something, the situation is even sadder. To say nothing is fine, but to think one has said something and to have said nothing is to be ignorant of one’s own ignorance.

You may disagree with what I say here, of course. For what I have said, after all, is divisive. But if you want to argue against it, it will take more than dismissing my thesis with an empty phrase that reveals little more than your own ignorance.