This Sunday, Jesus’ Rules for Life 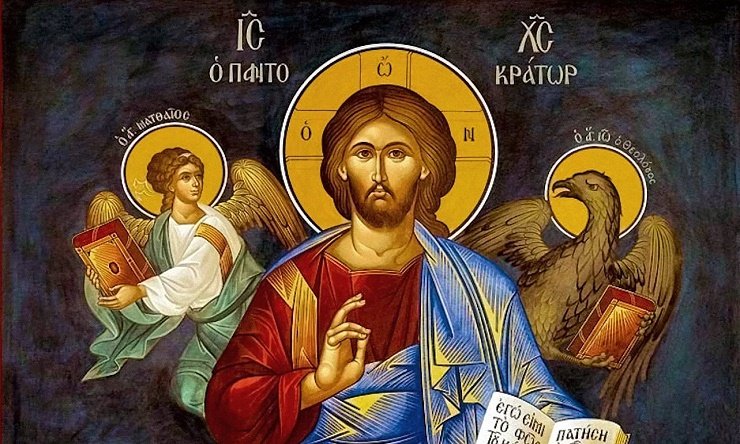 I spend a good amount of time telling my children and my students that faith isn’t about rules. It’s about a relationship with God.

But it would be a mistake to say that rules are not important at all. Even our human relationships have rules: Don’t interrupt; don’t ignore; don’t come home late without calling.

This Sunday’s readings (the Third Sunday of Lent, Year B) are all about rules in our relationship with God.

Rule Number 1: The Temple is about worship and welcome.

Jesus in the Gospel drives the money-changers out of the Temple. Scholars say he had two problems with what they were doing: First, their high exchange rates took advantage of the piety of pilgrims. Second: The location of their tables crowded out the Gentiles from the one place they could share in Temple worship.

By driving out the money-changers, he is saying, emphatically: “The Temple is a place of worship above all” and “We must welcome others to the Temple.”

Rule Number 2: We are each a Temple.

“Destroy this temple, and in three days I will raise it up,” he said – and to people with their high view of the temple that was scandalous, so St. John hastens to add: “He was speaking about the temple of his body.”

But we now know exactly what he meant. There is a new dwelling place for God and a new sign of his covenant: Jesus Christ. And through his sacrifice on the cross, carried to us through the sacraments, he incorporates all of us into this “new temple” of his body, and our bodies become temples where he lives.

The same rules God made for the Temple are right there in the Ten Commandments, in the first reading. The first three commandments say, “You were made to worship God.”

The last seven commandments are about our love for others. Think of how each makes others welcome: You honor your parents, you respect life, you do not commit adultery, you don’t steal.

Stealing is clearly unwelcoming; but also, spending so much on ourselves that we can’t serve the poor makes us unable to welcome those who most need it.

Lying about your neighbor is unwelcoming; but also, creating new versions of ourselves on social media that “bear false witness” to our lives also leaves others feeling inadequate.

And how can you welcome others when you are too busy training yourself to covet others, in ads, entertainment and pornography?

And how can you welcome others when you are ashamed that your house doesn’t live up to the standards of the ones you covet?

We tend to avoid talking about the wrath of God anymore – but in our fear of over-emphasizing God’s anger we should not forget that his anger is real.

In Sunday’s Gospel we see how angry Jesus got when people violated the rules of the Temple. When we violate the Ten Commandments, what we are doing is as bad as or worse than what those money-changers did. We are each now his temple, and he still does not want anyone to make his temple into a place of iniquity.

That is one of the purposes of Lent. In Lent, we drive the money changers out of the temple that each of us is; we drive out the bad habits and negative tendencies we have built up. And then we celebrate that moment when Christ laid down his life and raised his temple — and ours — again on the third day.