This Year, Be Thankful for ‘the Success Sequence’ 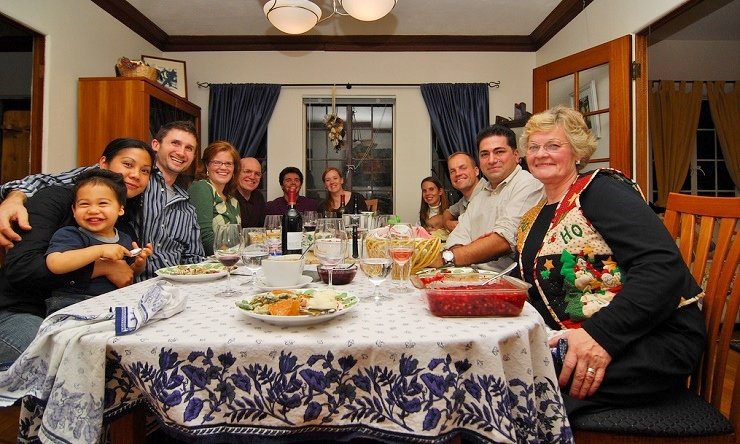 Social scientists have discovered a powerful answer to poverty, crime, and brokenness. They call it “the success sequence,” and it is perhaps the single most important proposal for the future of America.

It would be hard to overestimate the importance of the family today.

To demonstrate its power, social scientists coined the term “the success sequence” to describe how some Americans practically guarantee a high degree of success to themesleves — while others don’t.

The sequence goes like this: First, stay in school and earn a high school diploma, second, get married, and then — and only then — have children. That’s it.

Dr. W. Bradford Wilcox, professor and director of the National Marriage Project at the University of Virginia, has been studying the sequence for years. He and researcher Wendy Wang recently tracked a group of young adults to see if “the sequence” worked with millennials.

Writing in the Wall Street Journal, Wang said that in their study, “at ages 28 to 34, 53% of millennials who had failed to complete all three steps were poor. The poverty rate dropped to 31% among millennials who completed high school, 16% among those who had a diploma and a full-time job, and 3% for millennials who also put marriage before the baby carriage. Among childless and unmarried millennials 28 to 34 who followed the education and work steps, the poverty rate was 8%.”

They found the sequence worked regardless of race and economic background — and it actually served to lift low-income earners out of poverty.

“Eighty percent of those with lower-income backgrounds made it into middle- or upper-income brackets when they followed all three steps, versus only 44% for those who missed one or more steps.”

As powerful as the sequence might be, it has its detractors. Two University of Pennsylvania law professors wrote an op-ed in support of the sequence last year — and were bitterly attacked. Critics said that the sequence is class-based and biased.

Wilcox acknowledges the income disparity in those who follow the sequence. In fact, that is part of his point.

Those in upper income are far more likely to follow the sequence than those in lower incomes. Nearly 70 percemt of millennials ages 28 to 34 from low-income families missed one or more steps in the sequence — only 35 percent of upper-income millennials missed one.

But the point of talking about the sequence at all, he said, is to improve those numbers for all — especially the poor.

He also praises Michelle Obama’s recent book for upholding an important corollary to the sequence: Stay together once you’re married, no matter what it takes.

Which brings us back to Thanksgiving — a perfect time to promote the sequence in your family.

The psychological benefits of Thanksgiving are enormous. In a world of superficial “virtual” connection, Thanksgiving puts us face to face with cousins, nephews, aunts, and grandparents — face to face. A ritual meal is a perfect way to root a family and its personal history into the history of the nation as a whole. They establish the family in our imaginations as a real thing that exists across time and space.

And the Thanksgiving table — it is a perfect place to share the giant benefits of marriage and family — benefits far beyond what we imagine.