To Fix the Sex Abuse Crisis, We Need a Window — and a Mirror 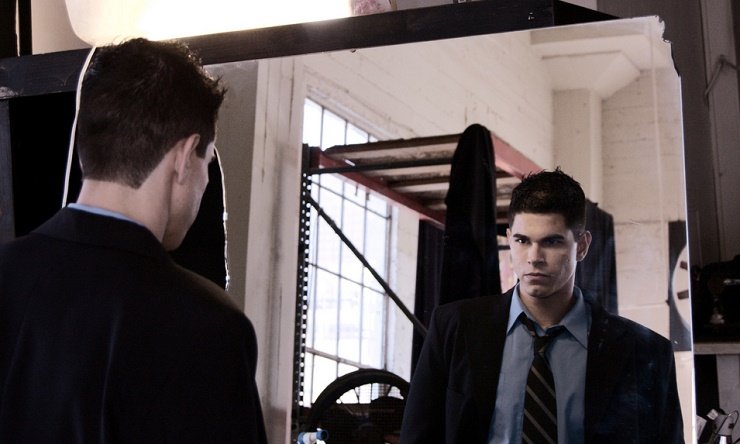 There are two sets of hard truths we have to face about the sex abuse crisis in the Catholic Church.

One has to do with the behavior of the institutional Church. To understand that one, we need a window: More transparency on the part of Church bodies, and more oversight by laity willing to look at the Church honestly and thoroughly, pointing out the true accusations, and the false ones as well.

Others have argued better than I can about what kind of window we need.

But the other hard truth about the sex abuse crisis in the Church has to do with the behavior of all of us — the People of God, the laity. To address that one, we don’t need a window, we need a mirror. What do we need to see there?

First, we need to see when we have led others into sin.

Listen carefully to what Jesus Christ had to say about our responsibility to children: “Whoever causes one of these little ones who believe in me to sin, it would be better for him to have a great millstone fastened round his neck and to be drowned in the depth of the sea.”

In other words, Jesus isn’t just condemning abusers, though he is certainly doing that. He is also condemning any one of us whose leadership causes a child to embrace immorality.

That is why, during the first iteration of the sex abuse crisis, in 2002, when Pope John Paul II called all the U.S. cardinals to Rome, he told them that people need to know “that there is no place in the priesthood and religious life for those who would harm the young“ — and also “that bishops and priests are totally committed to the fullness of Catholic truth on matters of sexual morality.”

Most importantly, parents and Catholic school teachers also have to be “totally committed to the fullness of Catholic truth on matters of sexual morality.”

The fact is, through misdirection, lack of vigilance, failures of courage, and false charity, our generation has aided and abetted the spread of sexual sin on a massive scale rarely seen before.

The world desperately needs Catholic wisdom on sexuality. They need to hear it from us.

Second, we have to recognize our own double lives.

It is true that that the double lives of priests and bishops is shocking and unacceptable. But rectories aren’t the only place harboring a culture of secrecy. In many homes, one or more persons is secretly plunging online into a world of ugly sexual images, becoming more and more addicted and seeking increasingly perverse thrills.

“What does it mean to speak of child protection,” Pope Benedict XVI asked American bishops in 2008, “when pornography and violence can be viewed in so many homes through media widely available today?”

The mirror would also show a very different crisis: The loss of the sense of sin.

In the midst of the scandals of 2002, John Paul issued an urgent, motu proprio document called Misericordia Dei (The Mercy of God).

In it he spoke of the real crisis in the Church — “the crisis of ‘the sense of sin.’”

The lack of confession is a huge problem in the Catholic Church, because we are supposed to face God with awe and reverence, recognizing his greatness and our unworthiness. Those in a state of mortal sin are not to receive communion at all. Pope Francis stresses this, Scripture stresses it, and Aleteia has made it a point to try to address it.

This is serious business. St. Josemaría Escrivá recounted how a “saintly young priest, who was found worthy of martyrdom, wept at the foot of the altar as he thought of a soul who had come to receive Christ in the state of mortal sin!”

That kind of faith changes you. Lack of it changes you, too. If you are willing to receive Jesus Christ in communion today without confession, it is hardly likely you will live your life so as to be ready to face him when you die.

So, yes, it is important that the bishops and priests repent and reform.

But, God help us, it is equally important that we all repent and reform along with them.