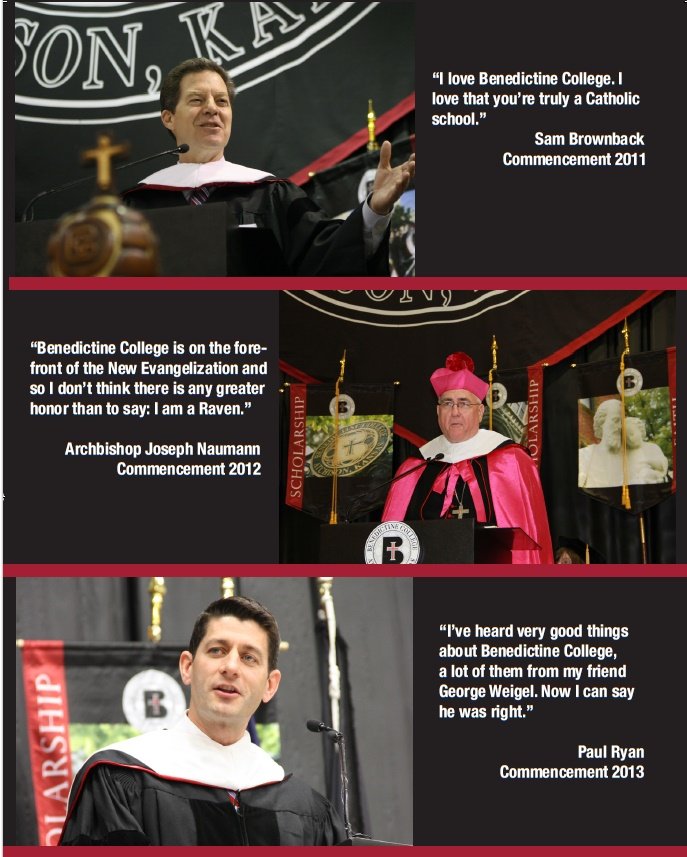 The 2018 National Catholic Prayer Breakfast in Washington, D.C., featured faces that are familiar at Benedictine College in Atchison, Kansas. All three had been commencement speakers at Benedictine.

The keynote speaker was Archbishop Joseph Naumann, the archbishop of the Kansas City, Kan., Archdiocese that includes Benedictine College, and a frequent guest on campus.

A highlight of the event was an address by U.S. Speaker Paul Ryan, former Vice Presidential candidate. He was the college’s 2013 commencement speaker, and gave a major address on Catholic social doctrine.

Together, all three speakers made an important argument about how Catholic social doctrine applies to the political divide, service and freedom for all in America. More here. 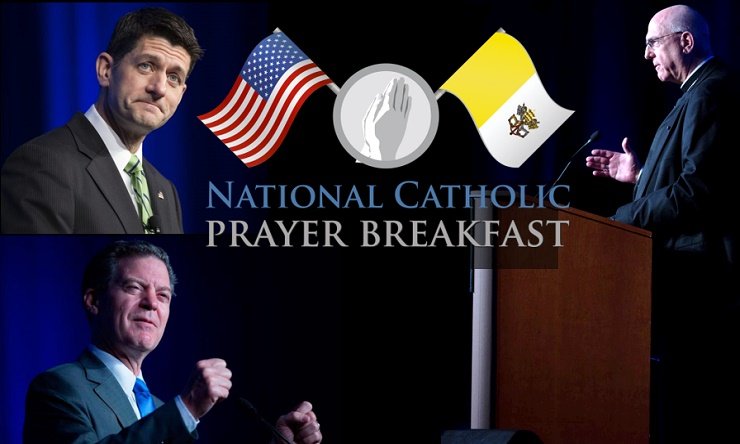