WATCH: Celebrating the March for Life

Benedictine College has created a video celebrating the 2018 March for Life in Washington, D.C., featuring the words of a saint who also visited Washington with a pro-life message.

The video features a quote from St. Teresa Kolkata at the 1994 National Prayer Breakfast and the song “The Stand” by Hillsong United, a Christian group that has performed on the Today Show.

Nathan Pickman obtained rights to use the song created the video after his first trip to the March with the college.

“The March was an amazing experience,” said Pickman. “It was powerful to be among so many people from all over the country who came together to promote life. The magnitude of the crowd could only be realized in person.”

“It was also very refreshing to see so many of our younger generation so passionate in their faith,” he said. 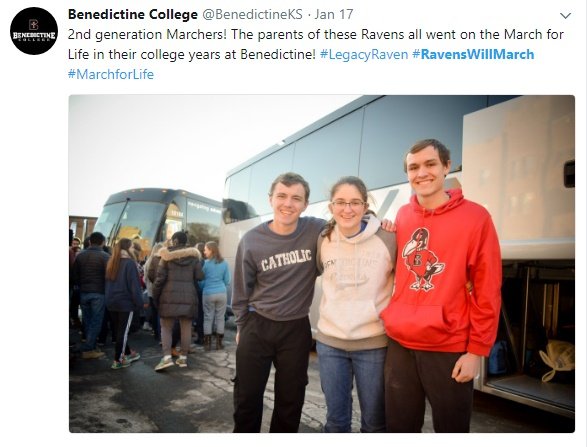 Benedictine College’s involvement in the March began in 1985, and since then the college has sent more students from further away than any other college or university. More than four busloads of students, faculty, administrators and staff made the 54-hour trip this year.

“I had the honor to stand, march, pray and mourn with fellow survivors of the culture of death in our nation’s capital,” said Bernadette Shaughnessy, a freshman from Cimarron, Kansas. “Please don’t forget to keep the vulnerable — the unborn, the physically and mentally handicapped, and the elderly — in your prayers year round.” 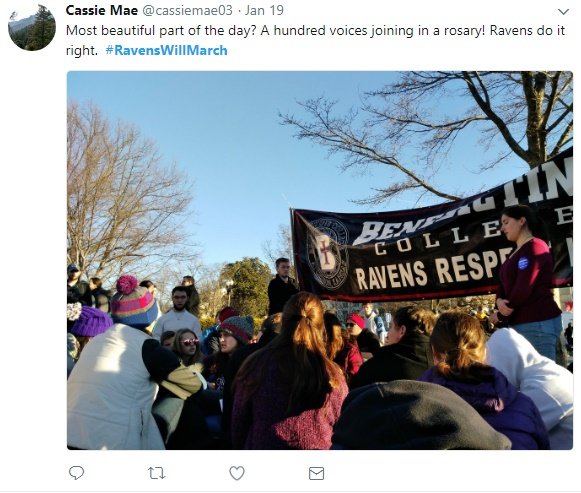 “To fight for those who don’t have a choice. To fight for lives of all.” – Hannah Stephan, Junior

“Every life is precious and every soul matters.” – Anna Huber, Junior

“I march, because those we defend cannot, and I just feel like we owe it to them.” –Kimberly Schulte, Junior

Watch the video above or on YouTube.  Read more here.