We Are Marys and Josephs: 6 Sex Differences 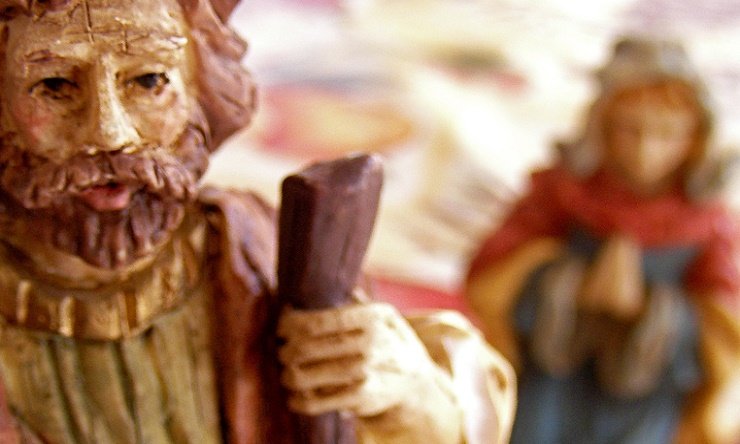 The difference between the sexes seems obvious to most of us, but sometimes it is helpful when science affirms the obvious.

In findings released October 18, a study of 80,000 people in 76 countries via the Gallup World Poll found that six gender differences stick, despite the conditions in a society. In fact, in cultures less likely to enforce strict gender roles, the differences were even more pronounced.

Catholics have known all along about these differences.

Edith Stein, the Jewish convert and Carmelite nun who became St. Teresa Benedicta of the Cross, said that women are built, inside and out, for the woman’s vocation as mother — whether she has children or not. Mary is the ultimate example of this. St. Josemaría Escrivá likewise points to Joseph as the model whose masculine virtues add up to fatherhood.

Each of us needs to be more like Mary and Joseph, and looking at the six differences between men and women can show the land mines and gold mines on the journey to get there.

The first difference the study saw was in altruism.

You can state each of the six difference in a way that privileges women, or men. Everywhere around the world, you could say women are more giving — or you could say that men protect their family’s resources better.

To be more like Mary, women can use this to attain the feminine virtue of fruitfulness. This means more than just children. The Catechism says to “radiate a fruitfulness of charity, of hospitality, and of sacrifice.”

To be more like Joseph, men can use this trait to become resourceful.There is a tendency in all of us to look at a job and throw up our hands and say, “It can’t be done.” Men should look inside themselves and get it done with what they have. Joseph did.

The second trait difference the study found was in trust.

If women are better at trust, they can exercise that by bringing out the best in others. This is a large part of the “feminine genius” St. John Paul II wrote about — the ability to arrange circumstances such that everyone shines, like Mary did at Cana.

If men are less likely to trust others, they should embrace responsibility, and make themselves the one that can be counted on, as Joseph did .

The next difference the study found was in risk.

If women are more careful, then they can excel in the virtue of modesty. Edith Stein observed that “the soul’s union with the body is naturally more intimately linked” for women. But modesty means more than dress — it means being realistic and practical in your approach to all things, like Mary at the visitation.

If men are risk takers, they should be able to be sacrificial. They can take risks for others and put themselves on the line for their wife, kids, or coworkers, like Joseph in Egypt.

If women are better at patience, this can aid them in the education of others. Rather than being frustrated by what someone doesn’t know, exercise the ability to move them toward knowledge. See Christ in them, like Mary in the home at Nazareth.

If men are impatient, let them be vigilant — always ready to serve, unwilling to wait for circumstance to change, anxious to do the right thing now like Joseph at the first all-night vigil in Bethlehem.

You can say women are more likely to return a favor — or, on the other hand, that men are more willing to accept charity.

If women are better at returning favors, they can use this trait to build community — another “feminine genius” trait that you can see in the home and in the workplace. Women excel in making a group into a team — like Mary did for the Apostles awaiting Pentecost.

If men are more willing to receive charity, they can turn that into fraternity. We know from every great team sports movie from Miracle to When the Game Stands Tall that the best way to get glory is to seek the other’s glory — like Joseph living for the glory of his son and wife.

The sixth difference the study found was in “negative reciprocity.”

You could say women are less inclined to revenge, or that men are more sensitive to injustice.

If women are less inclined to revenge, they can use that natural ability to empathize better with others — to see things from their side and give them their due. Imitate Mary noticing the lack of wine at Cana.

And if men are inclined to justice, they can both channel and check that by living by a personal code, one that defines the boundaries of honor and commits us, like Joseph, who was obedient to the law.

Don’t overemphasize the differences in men and women.

The study points out that by no means does each member of a sex have each of these traits. There are plenty of impatient women and risk-averse men, for instance. And all of the virtues above are necessary no matter your sex.

But we are the way we are for a reason. Use it.