When Are We God’s Opposite? 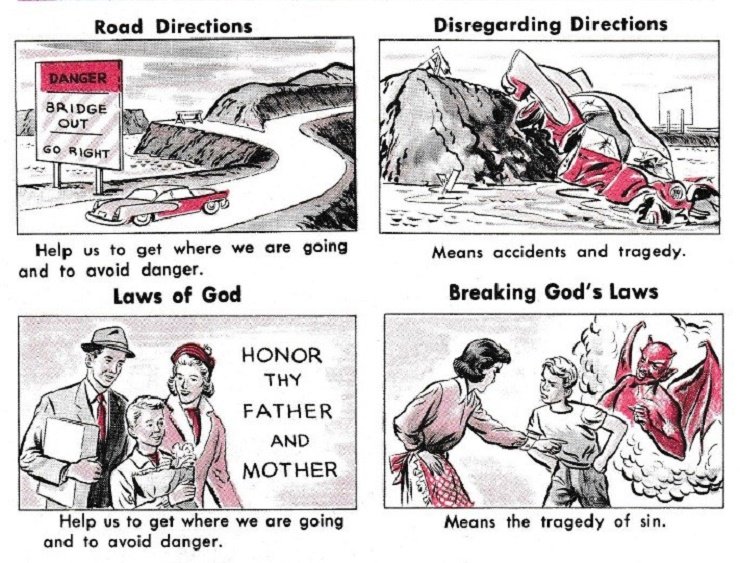 A little while ago, someone I know remarked to me, “Sometimes I think I’m the opposite of God.”

This guy is not the overly anxious, “I’m worried I might be possessed” type. In fact, he seems to be the ordinary guy in the pew who seeks holiness and finds joy in his faith. I asked him to explain.

“Did you hear how God described Himself today?” he asked me.

That’s not how I’m accustomed to thinking of the Scriptures, but I had to admit my acquaintance had a point. I implored him to continue. He looked up the passage on his phone, Exodus 34:6, and read it to me:

“The LORD passed before him and proclaimed: The LORD, the LORD, a God gracious and merciful, slow to anger and abounding in love and fidelity.”

We stood there a moment, taking it in. It did strike me now that my friend had a point: God was revealing Himself, describing Himself in a way.

My acquaintance looked at me. “The first thing that came to me was how beautiful and inspiring this passage is. If this is the God we believe in, I’m heartened and encouraged.”

No disagreement from me there. I sensed an impulse to start singing in my best charismatic voice, Our God is an Awesome God…but instead simply nodded my agreement.

He saw and continued. “But my second thought was what I already mentioned. I find I’m the opposite of God: I am slow in mercy and love, and aboundingly rich in anger!”

I briefly worried that this admission might be a pretext for bringing up an old grievance. Remembering one of my own favorite passages, Psalm 103:10, I mockingly warned, “Deal not with us according to our sins…”

He burst into laughter at that. “That’s just it! I am always dealing with others according to what I remember of their sins.”

He was pensive for a moment. I saw a paradoxical look of fascination and compunction form on my friend’s face.

“This is good material for an examination of conscience, wouldn’t you say?”

I had to agree.

In fact, I told him, why not use this very technique as an examen in and of itself? When God says something of who He is, we might ask ourselves, am I the opposite of God? If I am, how? Surely if the end of the Christian spiritual life is union with God through Christ, we should probably cooperate with His freely-offered grace to become like Him right away. The sooner the better.

“Well, you’re the writerly type. I’ll leave that part up to you. But don’t mention me. At least by name. Someone might figure it out.”

I smirked and quickly looked up a passage: Matthew 11:29. “I am meek and humble of heart,” I recited.

“Hmm,” he pondered. “Clever. If I say I’m not the opposite of God in that passage, you’ll joke that I’m proud of my humility, like Benjamin Franklin once said.”

He had me there. I shrugged, and it was his turn to grin.

“I am often self-reliant and prideful, it’s true. Time to work on some new resolutions.”

And with that he strode off to an appointment. As he left, he appeared to have a bit of a fresher spring in his step, as if in facing down what was opposite to God in him he had gained new strength to face the day’s evil.