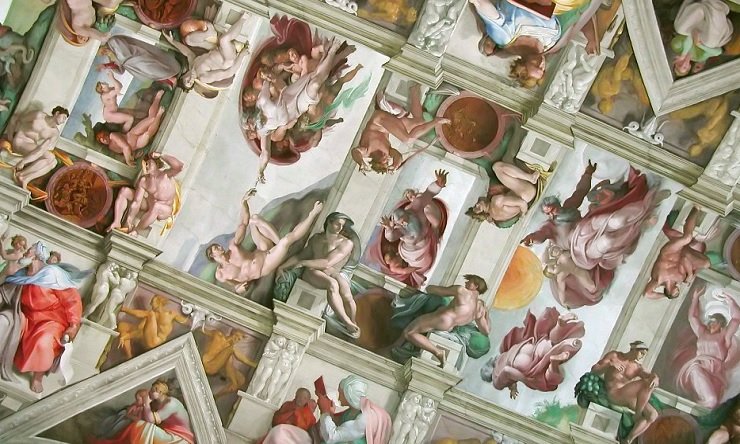 Our pastor at Mass last week shared his least favorite “Catholic catch phrase.” It was, “God never gives you more than you can handle.” “Yes he does,” said the pastor, “And he’s there to handle it with you!”

I wondered what other “Catholic catch phrases” were out there, and so I asked Facebook friends to share some. I got a lot. Most of them actually are great Catholic wisdom, reduced to brief phrases. Here are some of them, grouped by themes, with my explanations.

The Nature of God

“God is never outdone in generosity.”
This is what I heard from the religious brother who convinced me to go to the seminary — and it’s true. But it’s not like Karma — God gives generously to the just and the unjust.

“God never closes a door without opening a window.”
The Sound of Music was probably the most well-known use of this recognition that God’s providence is always on our side..

“If you want to hear God laugh, tell him your plans.”
God always has a surprise in store, as Pope Francis likes to remind us.

“Let’s keep  so-and-so in prayer.”
This one is great when it is sincere; sometimes it’s a “Catholic” introduction to a tidbit of gossip.

“A decade or two …”
In Catholic speak, this means, “let’s only say part of the Rosary, not the whole thing” — which is better than nothing.

“The family that prays together stays together.”
In America, this phrase was popularized by Father Patrick Peyton. But it was also used by both Mother Teresa and St. John Paul II. I’ve found it to be true.

“Deo gratias.”
This is Latin for “Thanks be to God!” and it’s great when used to express gratitude; not good when it’s an attempt to avoid using the Lord’s name in vain by using Latin (after all, God knows Latin too).

“We’re not either/or, we’re both/and.”
This is often said by Catholic theologians, explaining that the Church does not see the need to choose between Scripture or Tradition, faith or works, literal interpretation or figurative. We are both/and on these and many other issues.

“Hail Mary pass.”
In football, this is a quarterback’s almost randomly aimed pass into the end zone in hopes that his team will catch it. It was named for a real Catholic quarterback‘s actual Hail Mary prayer.

“Rob Peter to pay Paul.”
We use this to mean “take from one of my accounts to pay off another,” but in Catholic England it meant, “Withhold tithing money from St. Peter’s in Rome to pay St. Paul’s in London instead.”

“Devil’s Advocate”
When you make the argument against your company’s position, you are taking a cue from the Church practice of finding a Devil’s Advocate who argue’s against a candidate’s case for sainthood.

Praying to the Saints

“Tony, Tony, come around, something’s lost and can’t be found!”
This is the common American version of the prayer to St. Anthony for lost items. “St. Anthony, pray for us!” works just as well, I’ve found.

“Hail Mary, full of grace, help me find a parking space.”
They say you can pray to God for anything large or small, so I see no reason why you can’t get his mother’s help in a crowded parking lot.

“She had the patience of a saint.”
You hear this from many people, Catholic and not. It’s nice that patience has been “branded” as a Catholic saint thing.

“Jesus, Mary, and Joseph, we love you. Save souls.”
My wife and I were unaware of this prayer until we heard fellow students in college using it after Rosary decades. Now our family does that.

“You can’t be more Catholic than the Pope.”
This phrase has been used for generations to refer to those who would attempt to be more pious than the Church actually calls for.

“Leave room for the Holy Spirit.”
This is the Catholic/Christian rule for how close teens should dance at the prom.

“That’s an occasion of sin!”
In the Act of Contrition after confession we promise to “avoid the near occasion of sin.” This phrase is often used in jest though — about dessert, for instance.

“You’ll get time off Purgatory for that!”
This sentence of consolation and commiseration assures the listener that the troubles they are facing will not be forgotten by God.

“That’s your cross to carry.”
A beautiful way to put a difficult situation into perspective.

“We’re open to having more.”
This is a Catholic’s answer to the person who points to the children in your van or at the grocery store and says, “You’re done, right?”

“Everything is grace.”
St. Thérèse of Lisieux’s way of saying that God can bring good out of anything. Think of it as a Catholic “when life gives you lemons, make lemonade.”

“Preach the Gospel, and if necessary, use words.”
This, often falsely attributed to St. Francis, is nonetheless great advice, as is a sister catch phrase: “You may be the only Gospel some people ever read.”