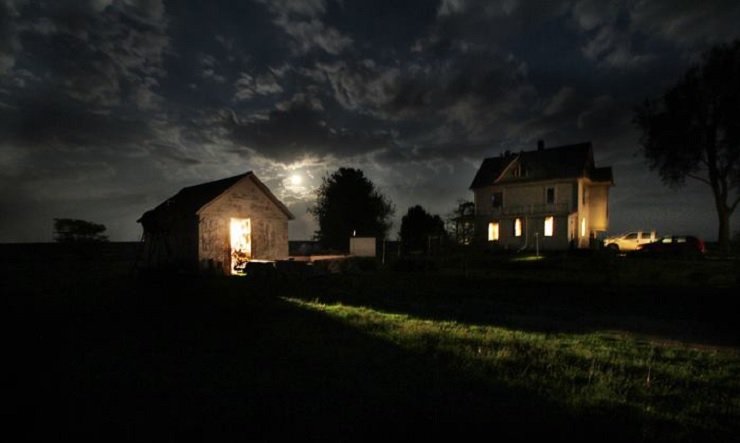 It’s Halloween week and the time for the annual trips to haunted houses.

Haunted houses include everything from a friend’s mom putting cold spaghetti in a box and calling it brains to a frightening experience in Tennessee that borders on torture and is available only to clients who pass a physical and sign a 40-point waiver.

Here is a quick overview of the kinds of haunted houses available in America today.

First are the fun haunted houses, and they are harmless … mostly.

In mid-October my family attended a good-natured homemade “Haunted Hayride” in Kansas that delivered what haunted houses used to deliver: Costumed characters stumbling toward you moaning.

This is the kind of haunted house I remember from the 1980s. They deliver minor adrenaline jolts and make-believe fun. But they also deal with people in a frightened condition, and that doesn’t always go smoothly. At one Tucson haunted house in high school, I had to restrain a friend from punching a zombie who scared him.

One actress recently told  a Michigan TV station that this is not unusual. People’s response to scares is to flee, freeze — or fight.

“Some people will come in, and their response will be to take out whatever has scared them,” she said. Sometimes the ones who flee are no better, though.  “It’s interesting to watch people shove their best friend into harm’s way so that they can get away,” she said. “It’s an interesting behavior to see in humans. But, it’s survival.”

Haunted house proprietors seem to agree that there is one thing they all learn: You have to give some customers a way to stop the scares if it becomes too much for them.

That becomes critical when haunted houses reach the next level: “Extreme horror.”

In Niagara Falls, Ontario, the Fear Factory claims that thousands of visitors have been too frightened to finish their haunted tour. A customer can scream out “nightmare,” in order to exit early. The house has a “chicken list” with over 160,000 names on it, and it advertises itself by sharing pictures of frightened customers.

McKamey Manor in Nashville, Tennessee, takes this one step — or many steps — further.

The Nashville-based haunted house presents would-be customers with a 40-page waiver and gives guests a “safe word” that will allow them to leave the hours-long experience at any time. The owner reportedly has offered $20,000 to anyone who can stay in till the end, but claims no one has won it yet.

McKamey Manor is controversial, to say the least.

Called “extreme horror,” the experience presents itself as “rough, intense and truly frightening experience,” in which ”each guest will be mentally and physically challenged until you reach your personal breaking point.”

“This can be an aggressive experience, and our actors will come in contact with you. You cannot in any way return the contact,” says the website.

People who have attempted it say it is more like torture than a haunted house experience.

But scarier still might be a third kind of haunted house: the real kind.

Years ago, I interviewed an exorcist and still have the notes in my files.

The most common demonic activity, he told me, was “infestation” in which a demon attaches itself to a place or object. “I have exorcised many alleged haunted homes,” he told me. “I believed their reports, and I could feel evil presence when I entered into those homes.”

He warned that these cases were always associated with tarot cards, psychics, witchcraft, and other activity designed to conjure spirits.

Philip Kosloski is right: It isn’t smart to go looking for these kind of hauntings.

But, as the exorcist told me, “When you write about these things, always quote for people John 3:8: ‘The reason the Son of God appeared was to destroy the works of the devil.’”

Which leaves just one last kind of haunted house.

There is a final brand of haunted house, whose goal is to scare people into believing.

One is the “Hell House” experience provided by many Protestant churches each year. These haunted houses are controversial, showing simulated abortions that then haunt those involved, depicting addiction as a tool of the devil, and using other real-world experiences to frighten visitors.

A better option might be the “Back from the Dead” performances, often put on by Catholic youth groups as a performance or as part of a Cemetery Walk. Audiences hear from saints, martyrs, a soul in purgatory, and the devil himself.

The best result of any haunted house experience is to be reminded that there are things in this world that are beyond our understanding, and that the only safe place to be is close to Jesus Christ in his sacraments.