After 30 Years, Are Tiananmen Protesters Winning? 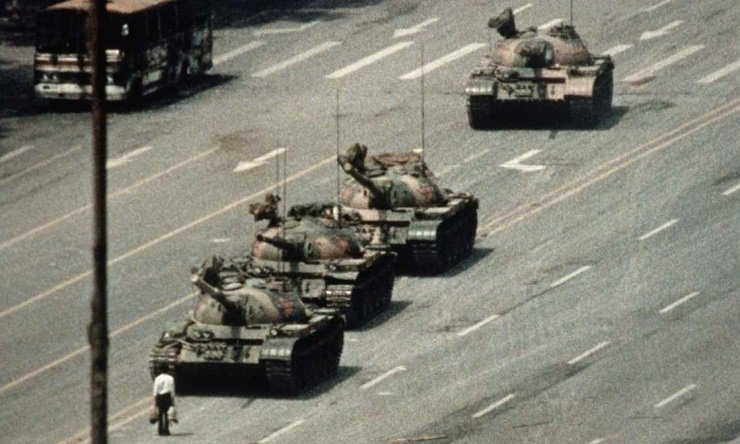 This June 4 is the 30th anniversary of the defining moment of modern China.

It shows the savage brutality that lurks under the surface of the country’s self-aggrandizing regime, and it shows the quiet, longsuffering strength of the nation’s people.

The “June Fourth Incident,” as it is known in China, began with the student-led “1989 Democracy Movement” protests held in Tiananmen Square, the iconic, 109-acre central gathering place in Beijing. Peaceful demonstrators came to the square to demand expanded freedoms.

The protests were enormous.

More than a million people came to Tiananmen Square in May to rally around 100 students staging a hunger strike there, and CNN cameras broadcast the images of hope to the world.

St. John Paul II would later write extensively about the “radical transformations” that took hold in Communist countries in 1989, when people rose up in protest — inspired, in no small part, by the crowds he had gathered in Poland in 1979.

Faced with overwhelming opposition, many hardline regimes crumbled. But in China, the regime didn’t crack; it cracked down. The government shut down CNN’s broadcasts, imposed marshal law, and ordered the military to advance on the protesters.

In the early hours of June 4, the unarmed demonstrators mobilized to block troops from entering the square. The troops opened fire. The demonstrators didn’t yield. The troops kept up their assault for hours, killing anywhere from hundreds to thousands of civilians.

No one knows how many died, because the government immediately began covering up the incident, the facts of which it denies to this day. But after a day of killing, the military had won, and tanks began moving into Tiananmen Square.

June 5 was the day that produced the most famous image of the incident.

One row of tanks was stopped by a man with two shopping bags standing alone in the square, blocking their progress.

No one outside the Chinese military knows who he is or what happened to him, but the picture became an icon of the human spirit standing guard over freedom and dignity.

It is also an icon of Chinese resolve in the face of a long history of oppression that continues to this day – oppression that still includes forced abortion and attacks on religion that put China on the 2019 list of the very worst violators of religious freedom worldwide.

On May 22, Pope Francis expressed “special closeness and affection to all the Catholics in China, who, among daily hardships and trials, continue to believe, to hope and to love.”

Those daily hardships and trials are great, and like Pope John Paul and Pope Benedict before him, Francis has been trying to negotiate a way to keep Catholics in the sacraments despite the brutality of an anti-Catholic regime.

The Holy Father made the remark in advance of the May 24 feast of Our Lady, Help of Christians, who is venerated at the popular Marian Shrine of Sheshan in Shanghai.

In his Letter to Chinese Catholics, Pope Benedict made May 24 the Day of Prayer for China and invoked “Mary, Queen of China,” St. Joseph, and “the countless Holy Martyrs of China” to console and strengthen the faithful there.

The prayers are working.

China is on course to have more Christians than the United States by 2030.

Purdue sociologist Fenggang Yang, author of Religion in China: Survival and Revival under Communist Rule, says the number of Christians in the country has been increasing by 10% a year for the past 40 years. He says the true size of Christianity is hidden because Christians are afraid to admit that they are members of the faith.

Sociologist Philip Jenkins has said that even if estimates like Yang’s are too high, the growth of Christianity in China “still inspires awe.” There are more Christians in China than in France, Britain, or Italy. Or, “Put another way, China has almost as many Christians as it does members of the Communist Party,” he said.

Yang told The Houston Chronicle why: “Many people were looking for some religion, some alternative to Communism.”

He should know. Before 1989, Yang was a true believer in Communism who taught Marxist thought. But then came the Tiananmen Square massacres. Now he is Christian.

The sacrifice of the martyrs is always the seed of new faith, and the martyrs of China (my favorite is St. Anna Wang) are some of the most impressive in the history of the Church.

Which is exactly what the Tiananmen Square massacre showed, 30 years ago.