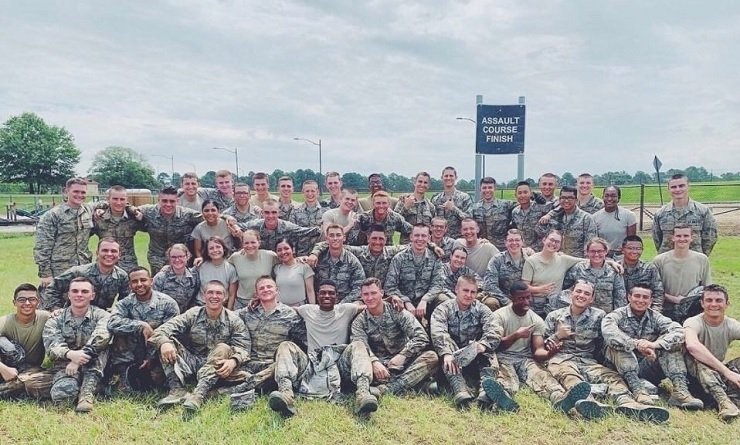 While most students were enjoying summer, one Gregorian Fellow was training with the Air Force.

Lucas Hoffman, class of 2021 is from Ventura, Calif. This summer he did Field Training with the Air Force ROTC Program.

For two weeks at Maxwell Air Force Base, in Montgomery, Ala., he learned leadership characteristics and how put them into practice. The cadet standing furthest to the left in the picture above, he has now graduated to the Professional Officers Courses in ROTC, and will be an upperclassman in charge of training new cadets.

“I learned of the importance of the team,” Lucas said. “Being a leader means being willing to do any task, but not necessarily doing every task.”

“I kept doing poorly on my assessments because I would try to bear the burden of the assignment on my shoulders alone,” he explained. “Rather than putting your head down and doing it all, I learned to keep my head up and delegate tasks to other people and act alongside them.”