A beautiful story of a woman’s sacrifice for Jesus has been playing on ESPN and it has a Benedictine College connection.

“She left with the clothes on her back, a long blue dress and a pair of shoes she’d never wear again. It was June 8, 1991, a Saturday morning, and Shelly Pennefather was starting a new life. She posed for a group photo in front of her parents’ tidy brick home in northern Virginia, and her family scrunched in around her and smiled.

“All six of her brothers and sisters were there — Little Therese, in braided pigtails; older brother Dick, tall and athletic with Kennedyesque looks. When Shelly came to her decision, she insisted on telling each of them separately.

“Dick had the loosest lips in the family, so she’d told him last. Therese, 12 years old and the baby of the family, took the news particularly hard. She put on a brave face in front of Shelly, then cried all night.”

Shelly Pennefather had “the most beautiful shooting touch in all of women’s basketball. She scored 2,408 points, breaking Villanova’s all-time record for women and men. She did it without the benefit of the 3-point shot, and the record still stands today. …

“In 1987, she won the Wade Trophy, given to the best women’s college basketball player. She eventually threw away all of her trophies — ‘I don’t think she cared about them at all,’ said her sister, Therese — but spared one, the Wade Trophy.”

Then Merrill explains what Pennefather’s life is like today — and why her whole family went to meet her this summer:

“It’s been 28 years since Pennefather left home to become Sister Rose Marie of the Queen of Angels, and I’m standing outside the family’s house in Manassas, Virginia, on a warm June day, searching for answers. …

“The Poor Clares are one of the strictest religious orders in the world. They sleep on straw mattresses, in full habit, and wake up every night at 12:30 a.m. to pray, never resting more than four hours at a time. They are barefoot 23 hours of the day, except for the one hour in which they walk around the courtyard in sandals.

“They are cut off from society. Sister Rose Marie will never leave the monastery, unless there’s a medical emergency. She’ll never call or email or text anyone, either. The rules seem so arbitrarily harsh. She gets two family visits per year, but converses through a see-through screen. She can write letters to her friends, but only if they write to her first. And once every 25 years, she can hug her family.

“That’s why we are here in early June 2019, to witness the 25-year anniversary of her solemn profession and the renewal of her vows.”

The Pennefather traditions of faith, service and basketball are strong throughout the family. Shelly’s mother is a devout Catholic who considered religious life at one time. Her father was an Air Force man who taught all the kids to dribble a basketball. One of Shelly’s sisters also entered religious life. Shelly’s brothers played basketball and one brother, Dick, became a coach. 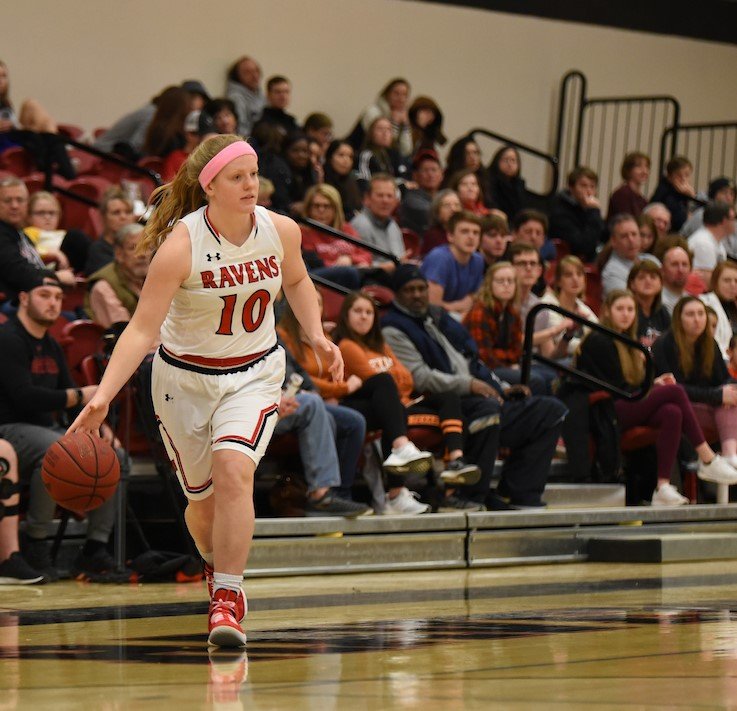 Jane was a 1000-point scorer in high school, the conference player of the year and First Team All-State. She came to Benedictine for its strong faith life and academics, majoring in mechanical engineering and earning a Gregorian Fellowship. But her career goal is to serve her country.

Along those lines, she has already joined the U.S. Marine Corps and spent the past summer in training. She hopes to one day be a Marine Corps pilot.