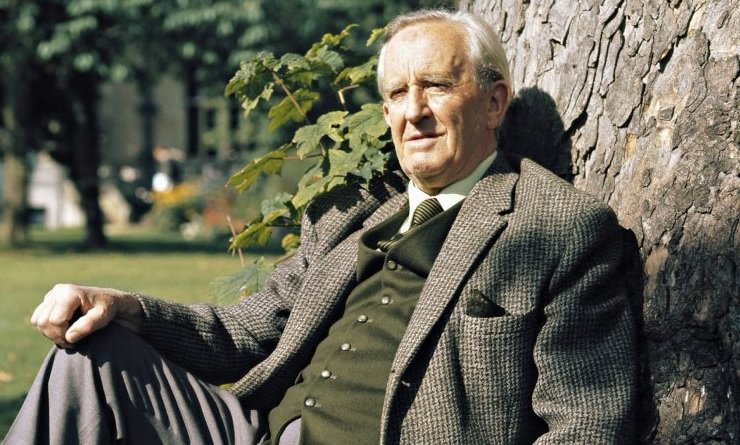 If you open the heavy tome of J.R.R. Tolkien’s collected letters to almost near the end, you’ll find a particularly fascinating epistle.

In just a few short pages, Tolkien gives words of encouragement to his son Michael; reminisces about a happy trip to Switzerland; and records a year-long break in the writing of said letter from 1967 to 1968. He also candidly discusses some of the problematic fallout of the Second Vatican Council.

Though there is plenty of material to discuss in this letter, I’d like to focus on both his diagnosis of and his solution for what he saw as a Church in crisis.

From Refuge to Trap

Lest we gloss over Tolkien’s attitude toward what he saw as wayward liturgical reform, he tells his son exactly what he thinks right away. “I know quite well that, to you as to me, the Church which once felt like a refuge, now often feels like a trap. There is nowhere else to go!”

Tolkien clarifies this point in the next few lines when he criticizes not ressourcement proper but a severe narrowing of it. The term properly understood meant a recovery of authentic Christian Tradition, such as a renewed interest in Patristics. But some at Vatican II had used it to describe a dumbing-down of the faith. Tolkien criticizes this latter sense as a “backwards” longing for “‘simplicity’ and directness” parading under the title of “‘primitive Christianity.’” Finding this search to have “some good or at least intelligible motives,” he ultimately assesses it as “mistaken and indeed vain.”

Conversely, and in his typical fairness, Tolkien warns that aggiornamento — efforts to present the truth of the faith to a modern audience — “has its own grave dangers, as has been apparent throughout history.”

Indeed, Tolkien adopts a long view — one might say a broad, properly catholic view — when considering the Church in crisis. To that end, he cites the apostle Paul: “Grave abuses were as much an element in Christian ‘liturgical’ behavior from the beginning as now. (St. Paul’s strictures on Eucharistic behavior are sufficient to show this!)”

In light of this wisdom, Tolkien thus gives the only advice he can to his son. “I think there is nothing to do but to pray, for the Church, the Vicar of Christ, and for ourselves; and meanwhile to exercise the virtue of loyalty, which indeed only becomes a virtue when one is under pressure to desert it.”

For Tolkien, then, a crisis in the Church is not a surprise. It has faced such challenges—even internal ones — from the beginning. Our duty, however, is not to glibly accept that fact and move on. The crisis firstly provides an occasion for, and even demands, prayerful humility and the practice of bold loyalty. Moreover, a Pauline prophet in that spirit may need to arise to counter errors.

In fact, Tolkien’s insistence on loyalty in times of desolation is reminiscent of C. S. Lewis’s famous definition of courage in The Screwtape Letters. “Courage is not simply one of the virtues, but the form of every virtue at the testing point, which means, at the point of highest reality.”

How providential, perhaps, that Tolkien saw only the beginnings of that crisis: he died less than five years after dating Letter 306.

Even to this day, scholars are exploring the depths of his faith.

In his article “What Is A Hobbit? The Christian Creativity of J. R. R. Tolkien,” Benedetto Ravano cites Letter 306 to demonstrate that Tolkien’s mercy, especially in trying circumstances, marked him as a mystic. “Tolkien himself was merciful in a lot of ways, both with his enemies and his friends, and also during the troubled times of the Church itself… He suffered a lot… [because] several [liturgical] abuses appeared to harm and deeply wound true religious piety.”

In times of crisis, may we, too, accept the grace to pray, act, and suffer as Tolkien did.