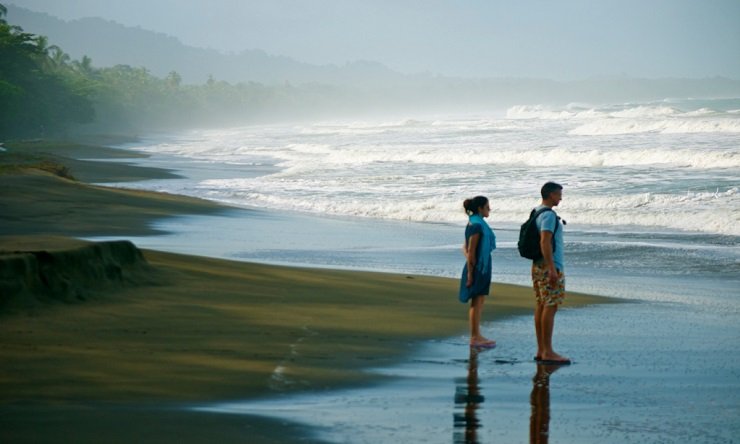 Being able to “look back” on social trends from the mid to late 20th century into the 21st is an interesting hobby.

“Traditional” roles were considered old hat, insulting, and worse. Barriers were to be broken.

This was true in relationships, perhaps more than in the workplace.

Simple acts of courtesy, such as holding the car door, or the door at a place of business were not to continue.

Be civil, and that’s it.

Has the pendulum swung the other way? From my perch, maybe it has.

What has happened in the last 40 years, perhaps longer, has, in my view, undermined the social and relationship contract we have as men and women.

Now, I have to stop at this point, and note that, in my career prior to academics, broadcast journalism, I was a “pioneer” with a small “p”. I championed female and minority candidates for on air positions with a passion. It wasn’t smashing a barrier as much as noting talent and drive, and promoting and nurturing it.

I would also add my wife and I have never had what could be called a “traditional” marriage, with her staying at home and me being sole breadwinner. The reason? Mainly economics, mostly shared responsibilities.

That said, from our first meeting at church, I began our relationship opening the car door, opening the door to our friends’ residence for a Christmas Eve meal, and asking her if I could see her again as we said goodnight.

And she accepted. And so it went.
I open the car door for her today, as well as the door to stores, offices, wherever. It is my sign of respect to her. That can’t be misinterpreted.

What I have learned from a number of women in their late 20s and 30s (and a few fellows) is that talking, incessant talking via text and messaging, even during a date, has supplanted time listening to what they have to say. These individuals are amazing people, and so discouraged with the possibility they may never meet someone.

I have been interested in this issue since coming across an article that originated in the Washington “Post”, reprinted in the Portland Oregonian online publication, “Oregon Live” on May 29 of this year. “Love lessons: Chivalry’s not dead; I just had to stop trying to kill it” by Jill Chodorov Kaminsky.

Kaminsky tells the story of years of disappointment in trying to meet someone whom she would marry, until she met “Larry”, who let Kaminsky see she could be herself, and more, and he would take care and nurture her so that could unfold. Consider her final thoughts:

“My husband wants for me what I want for myself: Equal pay. Equal opportunity. Equal voice. Equal splitting up of chores. But there are some things that we don’t divvy up. He always insists on holding the umbrella over me, driving the car and cooking my favorite meals. He is less concerned about himself and more concerned that I am happy.”

As I remarked to a younger friend last year who had met someone who, she was learning, wanted to care for her more than himself: Things start making sense. You can be the real “yourself”. You can listen. Attentively. With the ear of your heart and not be afraid.

Their engagement last fall, was, by their telling, a beautiful unfolding as he met her in front of church, brought her inside to the chapel, which was bedecked with flowers, got down on one knee, and proposed. She said “of course!” — and they spent time on their knees praying for God’s guidance as they prepared for their journey together.

Is this fellow chivalrous? In the terminology, absolutely, and he learned well through his family and his faith that to listen, attentively, and to care for another more than yourself is among the greatest gifts.