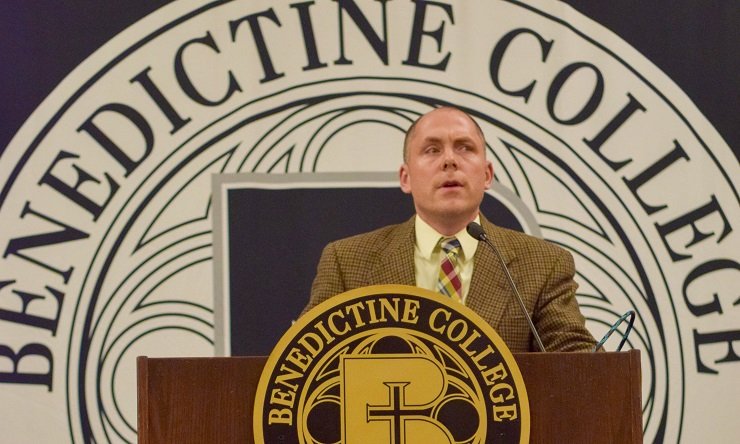 Tim Carney, author and commentary editor for the Washington Examiner, told the crowd gathered at Benedictine College in Atchison, Kansas, that community, faith and scholarship will save America.

Carney spoke to Benedictine College’s Transforming Culture in America strategic planning group on Nov. 16 about how the college’s mission is exactly what America needs. The evening before, he was a featured speaker of the college’s Center for Constitutional Liberty. His speech “Connect or Collapse,” focused on his research into the American Dream and whether it was truly dead for his book Alienated America: Why Some Places Thrive While Others Collapse. 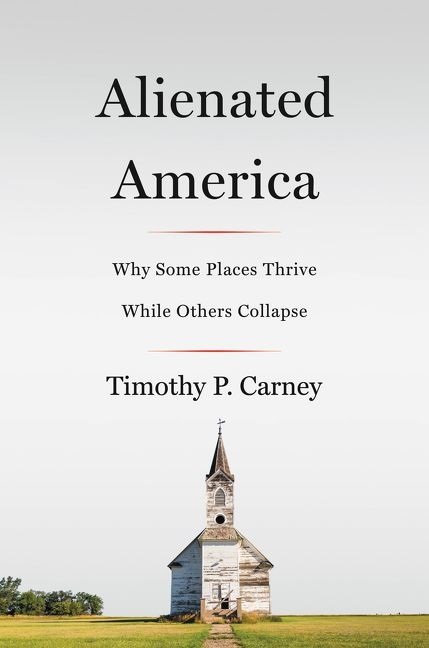 “I have a story to tell about the American Dream, and the widely held view that the American Dream is Dead. It’s a story about work, about family, and about faith. It’s also about how Donald Trump became the President of the United States. Because I am a political reporter, the story begins in Iowa. Because I am an Irish Catholic, the story begins in a bar …”

“Life outside the connected bubble we all live in is a tale of real alienation and skyrocketing opioid deaths. The collapse of community isn’t just that people don’t have a Memorial Day parade to walk, it’s a collapse of the things that make life bearable.”

“There’s this false belief among many conservatives that the liberal elites all graduate from Wesleyan and become swingers and decadent people who eschew marriage and hate children. … The data on the elites nationwide tell a different story. College-educated men are much more likely to get married, and half as likely to get divorced. I would tell the conservatives … the liberal elites are practicing what we’re preaching.”

“Brad Wilcox writes, with the data to back it up, Americans who regularly attend services at a church, synagogue, temple or mosque are less likely to cheat on their partners; less likely to abuse them; more likely to enjoy happier marriages; and less likely to have been divorced.”

“These are the places that embed you in a community through interlocking institutions. They pick you up when you’re falling down, they call you to a higher place, they restore the American dream.”

10: The Need for Community, faith and Scholarship.