How Social Media Can Make Your Life Better 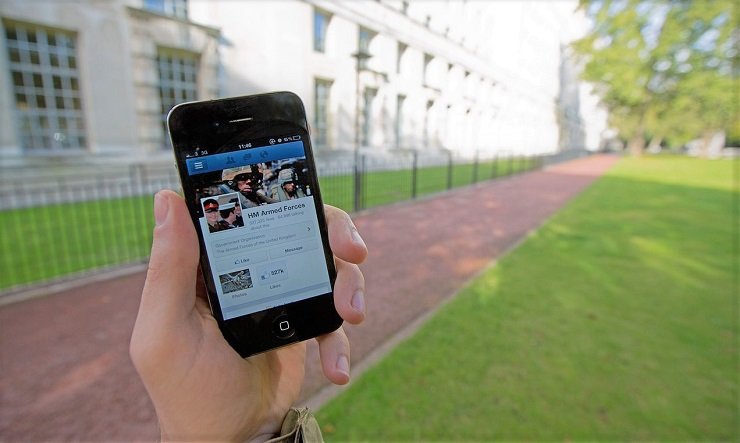 Preparing for Benedictine College’s Technology and the Human Person conference I have shared a lot of what is negative about technology.

I explained why my family bans video games and smart phones. Now I want to explain why we don’t ban all social media. Instead, we try to make the case for using social media the right way.

Social media provides “heart-stretching” exercises that embrace the humanity in others.

Yes, the terrible thing about social media is that it can tend to show you only the best of others, creating a demoralizing impression of perfection. But it can also give you an intimate look at other people, revealing that they are neither as perfect nor as hopeless as you thought.

You can do this directly by going to sites such as Humans of New York or indirectly by observing your friends. What you will find is not perfect models of humanity who put you to shame, or ideological opponents bent on your destruction, but people who are hurt and seeking, in need of healing and hope. Which is good because …

Social media gives you an amazing lampstand to put your lamp on.

“Let your light shine before men in such a way that they may see your good works, and glorify your Father who is in heaven,” commanded Jesus.

People go on social media seeking something that will fulfill them. Like everyone else, they are ultimately looking for the good, the true and the beautiful.

This is incredibly dangerous because false goods, illusory beauty, or half-truths can be just as enticing (initially) as the real thing.  But it is also an incredible opportunity, because we can catch people at an open-minded moment when they are ready to entertain something new.

People see very few positive impressions of religious people in the mainstream media. But on social media, they can see us, and we can show them that faith is part of a happy and fulfilling life.

We do this by posting the insights we receive in prayer, milestones in our families’ faith lives, and care and concern for others. Especially that last one, because …

Social media can spark needed conversations about the faith (in addition to really bad ones).

There are two kinds of conversations I have — or have witnessed — online. The first kind is the snarky, angry, back-and-forth where people each compete to see who can find the most devastating way to say “I’m right and you’re wrong.”

I avoid these at all costs: They are worse than a waste of time. They harden differences rather than making progress.

The other kind of online conversation is usually one-on-one and is usually sparked unexpectedly by something personal I post. Someone will reach out to me with a real question or concern: about the scandals in the Church, or their child’s objection to the Real Presence, or to point out where I’ve gotten something wrong.

These are people who I might rarely see and who I would never have a deep conversation with, but social media gives me the benefit of their wisdom and vice versa.

This only happens when my online presence has been open and honest rather than too contentious or too “perfect.”

Social media at its best (and, alas, its worst) leads to encounters in the real world.

Social media is tragic because too often it does the very opposite: It leads away from real encounters in favor of virtual ones. It satisfies our human need to connect with others without ever seeing another person face to face. It temporarily numbs the wound of our loneliness while doing nothing to heal it.

You can message “This movie looks good,” to a friend, with a Rotten Tomatoes link. “Wanna go see it?”

“This looks amazing,” you can comment, sharing the museum’s latest post. “Who wants to meet there this weekend?”

Or you can do what a monk at Benedictine College did last weekend. He posted an open-ended Facebook invite that said: “Snow this packable is a gift to be received — and thrown at your opponent  … Join the monks of St. Benedict’s Abbey for the first ever Team Maurus vs. Team Placidus snow ball capture the flag. There will be war, and hot chocolate.”

This is what I want my children to learn: Social media is a means, not an end.

If social media is keeping you from spending time with your family, turn it off.

If it is taking the place of real friendship, stop it and just use it to meet up with others.

If it is leading you to present a distorted version of yourself, look into your life to see what’s wrong.

In other words use it to become a better person. Don’t let it use you.

This appeared at Aleteia.
Image: Wikimedia.