Is the Faith of Kanye West for Real? 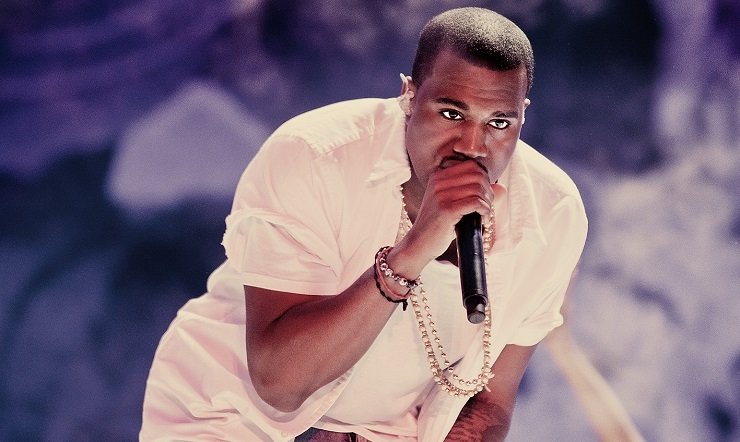 There’s a new album out just in time for Advent, Christmas, and of course the week of Christ the King — Jesus Is King by Kanye West.

The album was treated with justifiable suspicion when it was announced, but the interviews the rapper has given since its release — and the album itself — have put a lot of those fears to rest.

West has created a legitimate work of Christian art.

Last Thursday at the National Catholic Youth Conference in Indianapolis, teens had to guess whether quotes were from the saints, the Bible, or Kanye West. It was hard to tell.

Kanye’s album opens with “Every Hour,” a great song for Advent, expressing mounting longing for Jesus — at all times and in all places and in every way.

The homemade sound of several tracks, such as “Oh God,” lends an air of authenticity, and is contrasted by high production values on others. “Water” offers a lush choir set off by a staccato litany of what Jesus can do.

“Hands On” does a great job of calling out religious hypocrisy, rightly predicting that Christians “will be the first to judge me.” This is important. Listeners who haven’t yet taken faith seriously need permission to stand apart from the Christians they have seen but not admired.

The album ends with “Jesus Is Lord,” which could practically be a Christmas song with its simple tune, triumphant horns, and straight-forward biblical proclamation.

The album is also a beautiful testament to his father’s influence on Kanye’s faith.

The video for “Follow God,” begins with a powerful introduction: Ray West describing the first time his children saw snow. They were afraid to walk in it.

“What I did was I walked in front of them,” Ray says. “I said to them, ‘Instead of creating your own footprints, walk in the footprints that I’ve already made.’”

Kanye expresses his gratitude at the video’s end. “It took me 42 years to realize that my dad was my best friend,” he writes.

But don’t get the wrong idea. Kanye’s history with Jesus is rough — and so is much of his past music.

Kanye’s excellent “Jesus Walks” from 2004 was an early statement of his faith. As is typical of Kanye, it includes powerful statements about race, slavery, and modern-day censorship, but is also laced with profanity and lighthearted lines like, “The way Kathie Lee needed Regis, that’s the way I need Jesus.”

West’s song “I Am God” from his 2013 Yeezus album was accused of blasphemy — as was the stunt on the Yeezus tour in which a Jesus look-alike joined him on stage. (“Is that you, white Jesus?” Kanye would ask.)

West has recently said his album Life of Pablo was a Christian album before he had the courage to be fully explicit about his faith. The album was, however, explicit. West called it “a Gospel album, with a whole lot of cursing on it” and explained “it’s this story idea of Mary Magdalene becoming Mary.”

“The intense rhythm-focused beat of rap music focuses on the basest passions in human nature,” he writes. “It feeds on anger, hate, lust,” and leads rap artists to live out the decadent lifestyles they celebrate, he adds.

In my class, one black student pushed back, hard, against this narrative, though, and gave a remarkable presentation to the class about the deep Christianity in black communities, and in rap, also.

He’s right. Black communities are statistically more religious than white ones — and tend to be true friends of Jesus rather than fair-weather friends. Unemployment makes white Americans statistically less likely to go to church, while it makes black Americans more likely to go.

West shows how the religious sensibilities of black Americans can address the demons that plague black communities.

In addition to fatherhood, the album celebrates strong Christian identity, starting with “Selah,” a powerful anthem of faith, declaring that “God is king, we the soldiers.”

“Closed on Sunday (Chick-fil-A),” instructs families how to spend the Sabbath: “Get your family, y’all hold hands and pray / When you got daughters, always keep ’em safe / Watch out for vipers, don’t let them indoctrinate,” he raps, adding: “No more livin’ for the culture, we nobody’s slave.”

That last sentiment is important. Kanye compares black slavery of the past to the slavery Christians renounce at baptism — to Satan, and all his works and all his pomps. The chains West wants to break include social media (which he criticizes in several songs), a corrupt prison system and fame, fashion, and riches (all of which he is known for flaunting). In the end, he insists, we have “Everything We Need” with Christ alone.

In “Use This Gospel,” he takes on the slavery he hates the most, featuring two hip hop artists known for being repentant drug dealers.

Back to those Catholic teens in Indianapolis, though.

No matter where Kanye goes with his faith personally, his young listeners might surprise us.

I hope and pray that kids who “don’t know any better” today will take Kanye West’s faith seriously enough to meet Jesus, the king, and see for themselves what he can do in their lives.