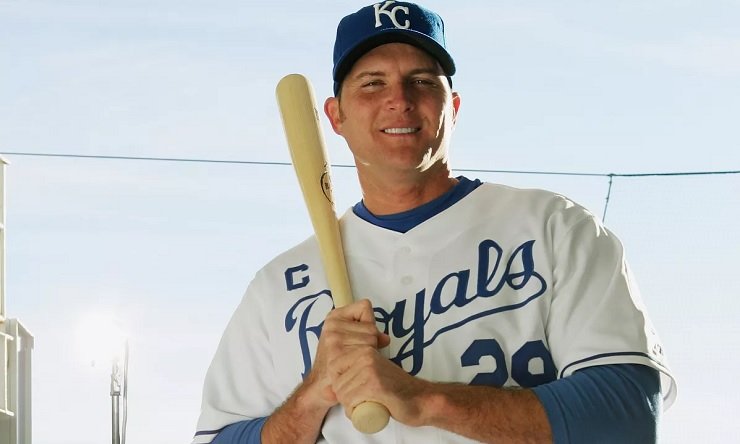 This year, Ravens at their graduation will hear from the man behind the tandem bicycle symbols at Benedictine College.

The keynote speaker for the college’s 2019 Commencement ceremony at its Atchison, Kansas, campus will be five-time Major League Baseball All Star and former Kansas City Royals player Mike Sweeney.

His connection to the college goes back years, and is still present in the symbols of tandem bicycles on presidential correspondence.

Commencement is set for May 11, 2019, at 10:00 a.m. in the Ralph Nolan Gymnasium on the college campus. It is a ticketed event for friends and families of the graduates.

Sweeney played his first 13 seasons in the majors with the Kansas City Royals, originally as a catcher and then moving to first base. He also played for the Oakland Athletics, Seattle Mariners and Philadelphia Phillies.

He retired in 2011 after 16 years in Major League Baseball. Since then, he has worked in broadcasting and now serves as a special assistant to the Royals’ general manager. He was inducted into the Kansas City Royals Hall of Fame in 2015.

“My job is no longer to hit home runs,” he told FOCUS’s SEEK conference last year, “but to lead my wife and my children to heaven. Being a baseball player is what I did and being a man of God on fire is who I am.”

Sweeney is the founder of the Mike and Shara Sweeney Family Foundation, which supports Catholic and Pro-Life ministries. He also founded the San Diego Saints Baseball Club, a Catholic Travel Baseball Organization, and Catholic Baseball Camps, Inc., where he “uses the greatest game ever played to share the greatest story ever told.”

President Minnis has used the tandem bicycle as a symbol of trust in God in his life ever since 2006. In February that year, David Moritz, a 1957 alumnus in Dallas, gave the college a million dollars and a challenge. He said he would add a million more if the college raised $6 million by June 15.

That was a tall order, but on June 15, after an extraordinary outpouring of generosity from donors, the college was almost there — just $650,000 short.

Mike Sweeney, then-captain of the Kansas City Royals, spoke on campus that day and told the story of how much he struggled early in his career. At one dark point, a friend gave him a picture of a tandem bicycle —a two-seater.  She told Mike that he was on the front pedaling hard and guiding the bike, but that real success would only come if he got on the back seat, peddled as hard as he could, and let God guide from the front. Sweeney said his career, and faith, took off after that.

President Minnis was inspired by the story. “I walked outside and made the decision that I was going to peddle hard the rest of the day and let his will be done,” he said.

The President peddled. He called Steve Dunn of JE Dunn Construction and asked if their family would help out. They had already committed a quarter of a million dollars to the building, but they understood the need to meet the challenge, and gave the rest.

In total, $8 million dollars were raised in four short months, and tandem bicycles became a key symbol for trust in God on campus.

Sweeney is a highly acclaimed speaker who has taught, challenged and inspired audiences around the world. He, his wife and their five children are active parishioners at the Church of the Nativity in Rancho Santa Fe, Calif.

However, his life started out precariously.

On July 22, 1973, he was born two months premature in Orange, Calif., as he put it, “to a 20-year-old saintly woman and an ex-professional baseball player with the California Angels who to this day is my hero.”

He credits his family’s prayers with his recovery and his early brush with mortality for his own dedication to the pro-life movement.

Today, he told the National Catholic Register, “My favorite thing to do as a family is pray the Rosary. It is such a joy to see your small children ask when it’s their turn to say the Hail Mary. We are never closer as a family than when we pray the Rosary.”