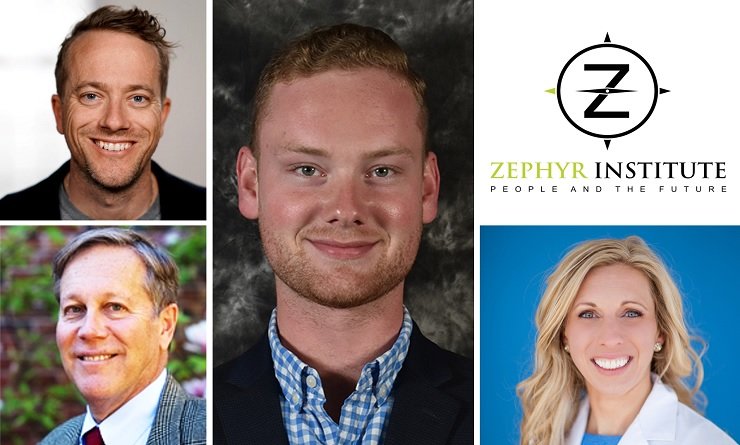 Zephyr Institute was much more than Jack Waters expected.

The San Jose, Calif., Gregorian Fellow will graduate in 2021 with Finance and Philosophy from Benedictine College in Atchison, Kansas.

“This summer I got the opportunity to intern at the Zephyr Institute, a non-profit organization that hosts lectures, seminars, and discussion groups for university scholars, students, and Silicon Valley professionals,” he said.

“At Zephyr, we hope to foster an environment in which free discussion and open debate thrive.”

He first participated in a Zephyr camp in high school. “I worked with Zephyr to start a philosophy club, and this summer I finally got a chance to become more involved in the organization,” he said.

He was surprised by how much responsibility he was given at his internship.

“Every week, we would host an evening discussion group on topics spanning everything from the gender debate to Plato’s view on the soul and the ethics behind artificial intelligence,” he said. “Many weeks the topic we discussed, and the writings that we used to foster our discussion, were up to my discretion.”

He also broadened his horizons by meeting leaders who live their Catholic identity in public life.

“I got the opportunity to meet so many amazing leaders in our culture, such as Matt Frad, Dana Gioia, and Keri Brenner,” he said.

“Sitting there as a rising Junior in college among Stanford professors, Google engineers, and Ph.D. students, I felt wildly unqualified to lead. However, I learned that to lead does not mean that I need to have all the answers, In fact, it made me a far better leader when I realized that I don’t and that I never will,” he added.