Little Olivia, Saint for Our Times I believe in St. Olivia. And Alexander Hamilton. Let me explain.

When my second daughter was born, we wanted to name her Olivia, whose feast day is June 10, but I wasn’t sure about the name until a friend called and read the story of St. Olivia of Palermo (she was called “Blessed Olive” in the old Butler’s Lives of the Saints) and I was convinced.

Here was clearly a saint for our times. Though she lived from the year 448-563, she dealt with so many contemporary issues: Terrorism, abduction, women’s leadership, and interface with Islam.

The only problem with the name developed later: Most everybody said she never actually existed.

It is only now, when my Olivia is grown and has a baby of her own, that more information is available suggesting that her namesake might have been real after all.

Her story goes like this: Olivia was the daughter of a noble family living near Palermo, Sicily. At age 13 she was known for her beauty but announced that she wanted to give her life to God and her wealth to the poor and live a consecrated life.

But then, the east German Vandal tribe started to expand into the Mediterranean. Vandal King Genseric took Palermo, and many Christians were martyred.

Olivia was kidnapped and taken to the city of Tunis in Northern Africa. She faced down her captors, strengthened the faith of her fellow Christian prisoners and performed miracles that converted pagan prisoners to the Christian faith. 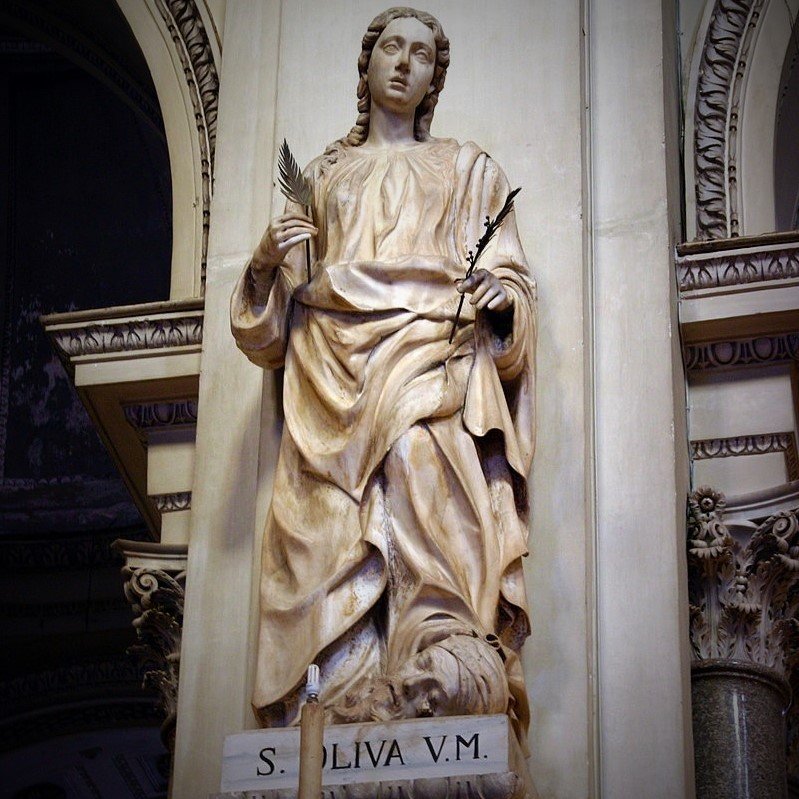 Enraged, but careful about the popular maiden, the city’s governor had her expelled from the city to be a hermitess, where he hoped she would starve or be killed by wild beasts. She was found alive by hunters who at first tried to take advantage of her. She not only stopped them but converted their hearts.

They brought her back to civilization, where she continued to convert pagans.

The governor tried again. He threw her in prison to try to force her to apostatize. He had her scourged, stripped, and submerged in a cauldron of boiling oil. Her body and her faith remained unscathed. He sentenced her to be burned alive, but that didn’t work, either.

Finally, he had her beheaded.

It’s only recently that more complete scholarship reveals why her life story was not believed: Early records of her life are missing, and her story is too close to the popular saint stories of her day. If someone were to make up a saint, this is the kind of story they would tell, the thinking went. 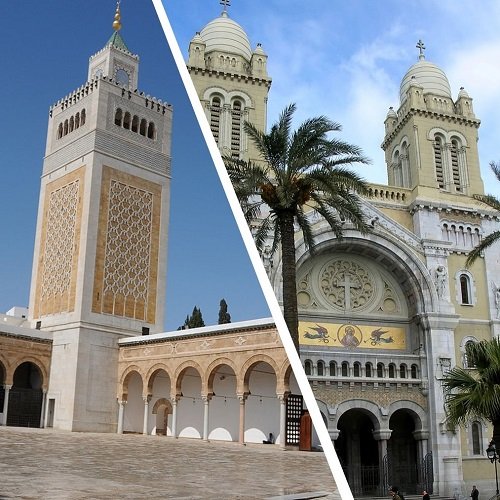 On the other side is some fairly significant evidence that she was real. An early Christian basilica was built on the site of her tomb and later a mosque was built that took its name from her and honored her relics. The Mosque of Olive and the current church built over her tomb are pictured, right; the Tunis basilica is also named for St. Olivia and St. Vincent de Paul, both. Her statue in Palermo’s cathedral is pictured above.

One scholar points out that Muslims destroyed all early Christian records in the area, so the lack of Olivia’s records is hardly a mark against her. Instead, her memory has been kept alive by devotees for years.

It may be true that her story is well suited to the Medieval times that enthusiastically retold it, but that also needn’t be a mark against her. Alexander Hamilton’s story was known but not widely told until now, when Lin Manuel Miranda took a new biography, stressed some parts of it and stretched others to make it the kind of story people idealize today: The boy abandoned by his father who rises through his wit, his friends, and his warrior virtues to reshape the government, before dying by gun violence.

So I’m glad to see more devotion growing for St. Olivia, including icon above and this new prayer I fond online:

St. Olivia of Palermo, pray for us!