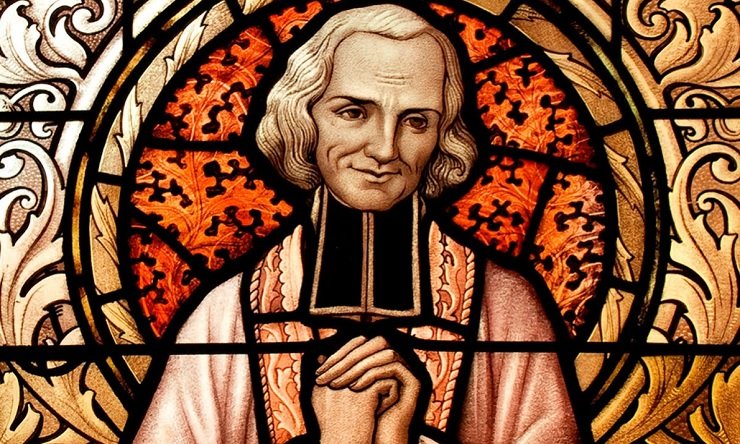 The heart of St. John Vianney will be available for veneration on March 18 beginning with the 12:10 p.m. Mass and until 10:00 p.m. in St. Benedict’s Abbey Church on the campus of Benedictine College in Atchison, Kansas. The relic is housed in a special container, called a reliquary, and will be visible to the faithful in the front of the Abbey Church.

There will also be a 5:30 p.m. Mass in the Abbey Church that day as well and Confession will be available for the duration for the relic’s time in Atchison (except between 4:45 – 6:30 p.m. for Vespers and Mass).

“The story of St. John Vianney emphasizes how God often accomplishes great things though the simple, humble lives of those living out their daily vocation to love Him and their neighbor,” said Kevin Brown, Director of College Ministry at Benedictine.

Vianney had been a poor farmer and shepherd. He did not begin his formal education until he was 20. He struggled with his studies at seminary and repeatedly failed his Latin exams. He was finally ordained when he was 30, but the bishop considered him incompetent and assigned him to Ars, a small country village where little would be expected of him. But he was noted for his dedication to the poor, his counseling to those in need, and for founding an orphanage for girls. He was a model of priestly generosity, purity and prayerfulness. He changed the town and ultimately became a saint.

Pope John XXIII wrote in his encyclical, Sacerdotii nostri primordia, written in 1959 for the 100th anniversary of St. Vianney’s death, that the “Pastor of Ars” lived a life of great penance, whose “only motives were the love of God and the desire for the salvation of the souls of his neighbors.”

The pope also highlighted St. Vianney’s prayer life and devotion to the Eucharist, as well as his commitment to the Sacrament of Confession. He was known for hearing confessions for up to 18 hours a day as people would travel from across Europe to see him.

The Knights of Columbus announced the national relic pilgrimage last August and it will run through the spring of 2019, with stops across the United States. The tour has been dubbed “Heart of a Priest,” which refers to the physical heart of St. John Vianney that has resisted decay for more than 150 years and to the good character that should belong to every priest.

Learn more about the relic pilgrimage and St. John Vianney at www.kofc.org/vianney.